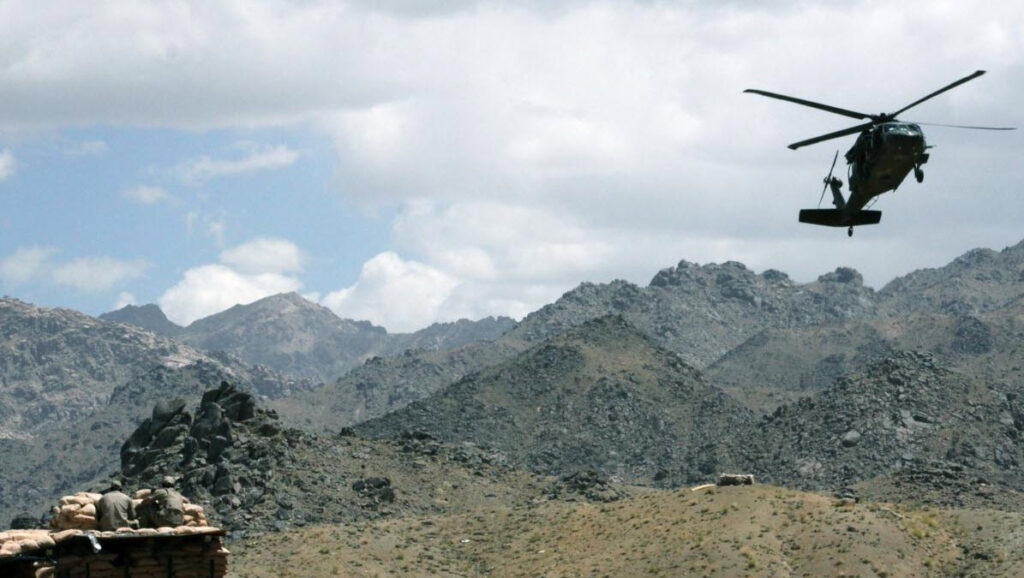 Taliban downing of US helicopter in Zabul, Afghanistan, December 17, 2013

The Taliban were responsible for downing a US Army Blackhawk helicopter in the southern Afghan province of Zabul on Dec. 17, 2013, the International Security Assistance Force has confirmed. The helicopter may have been brought down by an anti-helicopter mine such as one tested by the Islamic Jihad Union, an al Qaeda-linked group known to operate in the province.

When the helicopter crashed on Dec. 17, ISAF said that “initial reporting indicates there was no enemy activity in the area at the time of the crash.”

The Taliban immediately claimed credit for the attack on their website, Voice of Jihad, however, stating that “Mujahideen of Islamic Emirate have shot down the helicopter of foreign troops.”