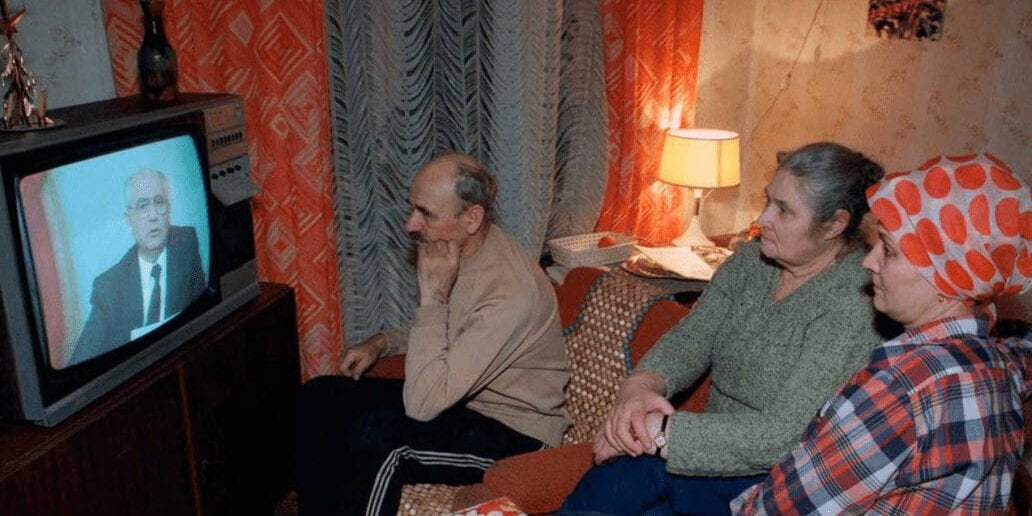 This project analyzed Soviet national television by investigating the following topics. All programming was taped from First Program (channel) received in real-time (Moscow time) from the Ghorizont geostationary communications satellite.

(a). The degree to which the same stories were covered
by the two television systems;
(b). The degree of simultaneity of news coverage;
(c). The.”spin” on the stories both systems covered.

4. Detailed analysis of non-news programs depicting the United States between September 1986 and October 1988.

6. Guide to use of the weekly Soviet television programming listings and descriptions, Govorit i pokazyyaet Moskva.