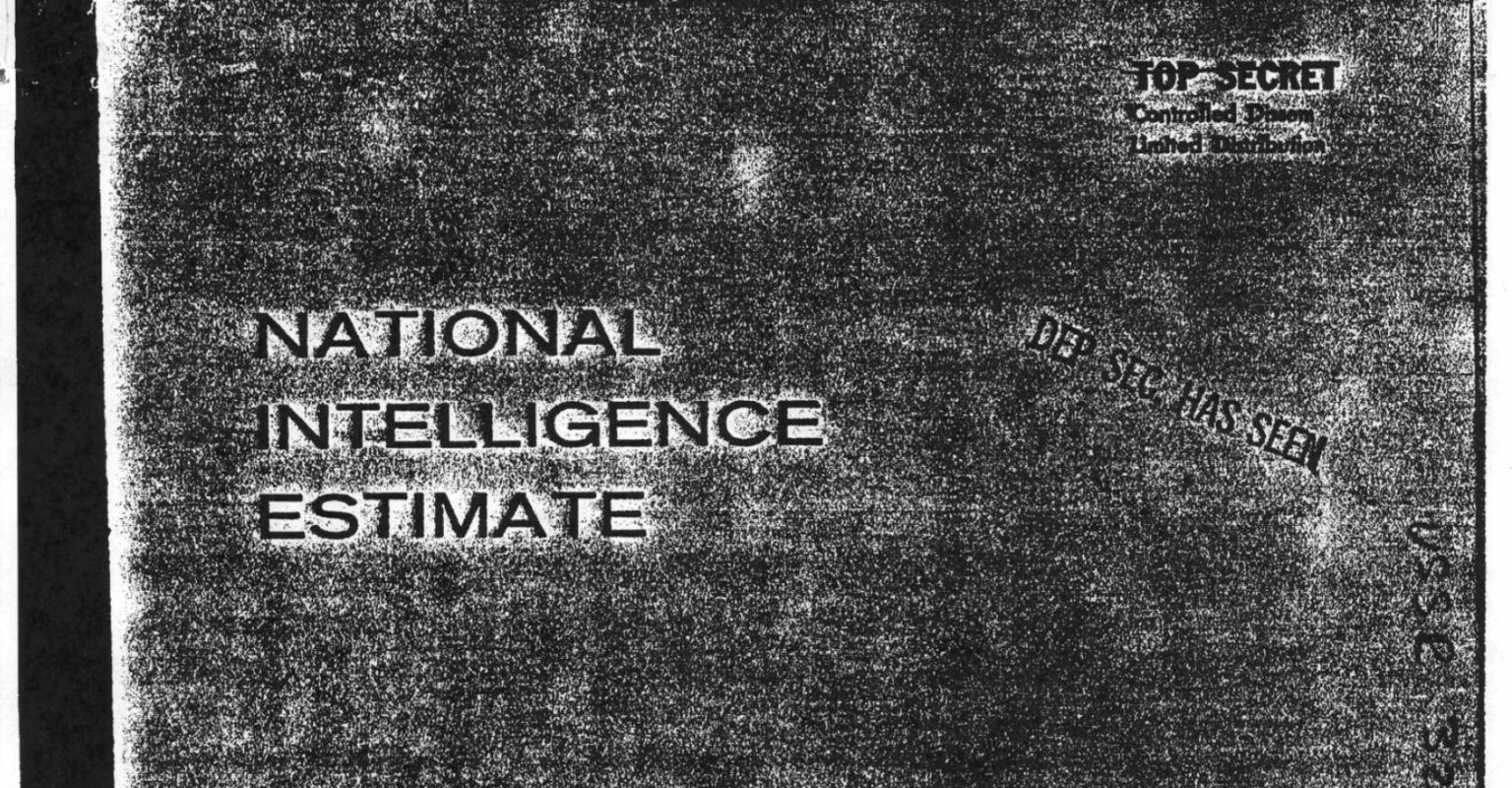 This National Intelligence Estimate (NIE), dated 26 October 1972, assesses the strengths and capabilities of Soviet forces for intercontinental attack, discusses questions of policy with respect to those forces, and estimates their size and composition over the next several years from when it was written.

It was first released in 2009, with numerous redactions. But then in August 2019, The Black Vault filed a Mandatory Declassification Review (MDR) to get it reviewed. The result, as received in June of 2022, was that many redactions were lifted, but clearly, not all.