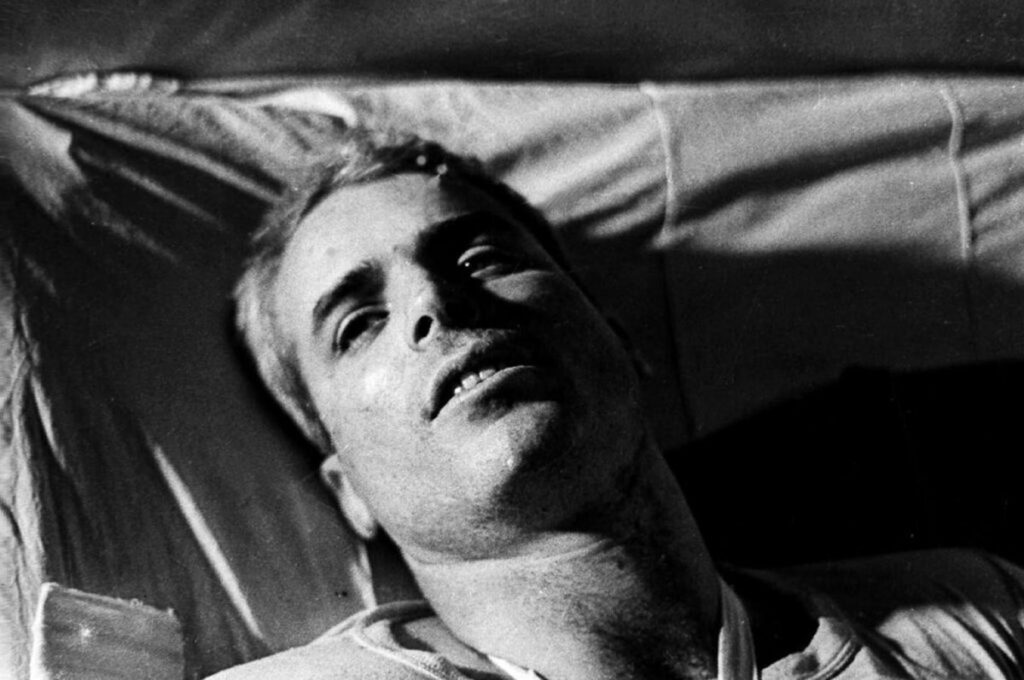 John Sidney McCain III (born August 29, 1936) is the senior United States Senator from Arizona. He was the Republican presidential nominee in the 2008 United States presidential election. McCain followed his father and grandfather, both four-star admirals, into the United States Navy, graduating from the U.S. Naval Academy in 1958. He became a naval aviator, flying ground-attack aircraft from aircraft carriers. During the Vietnam War, he was almost killed in the 1967 USS Forrestal fire. In October 1967, while on a bombing mission over Hanoi, he was shot down, seriously injured, and captured by the North Vietnamese. He was a prisoner of war until 1973. McCain experienced episodes of torture, and refused an out-of-sequence early repatriation offer. His war wounds left him with lifelong physical limitations.

Below you will find documents relating to McCain during this era.