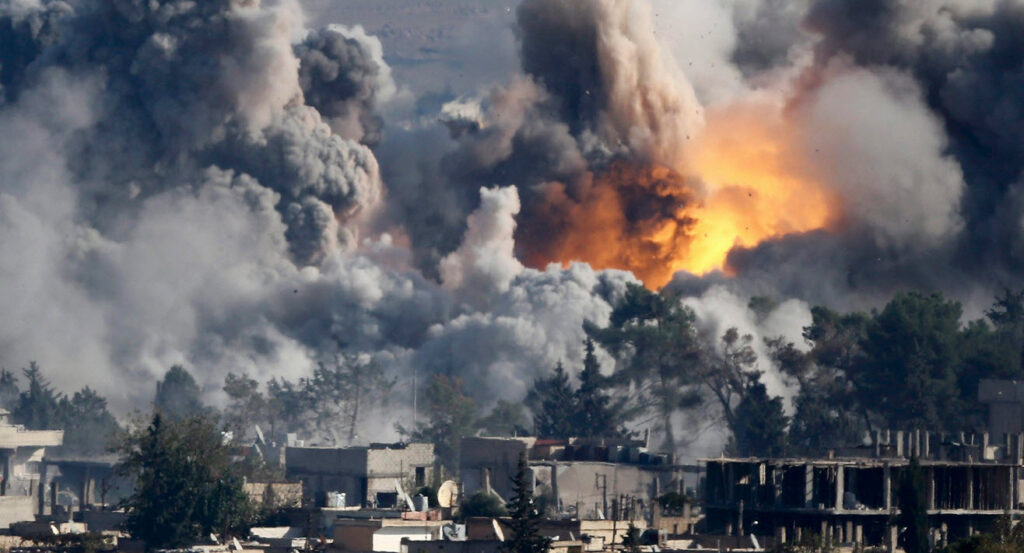 Report of Investigation into the Civilian Casualty Near Harim, Syria, 5 November 2014

During the late night and early morning hours of November 5-6, 2014, coalition aircraft conducted airstrikes on targets in the vicinity of Harim City, Idlib Govemate, Syria. The strikes were designed to destroy targets utilized by Khorasan Group-affiliated extremists to meet and manufacture explosives, including an explosives-making and storage facility used by known improvised explosive device (lED) manufacturers. Khorasan Group targets were assessed as destroyed as a result of those airstrikes. Despite the success of the airstrikes in destroying the targets, the strikes likely resulted in the deaths of two civilians, and caused minor injuries to two other civilians residing near one of the targeted locations.

During November, 2014, United States Central Command (USCENTCOM) received reports of civilian casualties (CIVCAS) resulting from an airstrike in the vicinity of Harim City. The reports appeared to describe the November 5-6 airstrikes. The reports contained statements that confirmed the airstrikes targeted specific buildings that had been verified as enemy locations, and the airstrikes were accurate in striking those locations. The reports stated that the strikes destroyed buildings and ammunition depots used by enemy forces, and killed known fighters, but also caused deaths and injuries to civilians, including  the daughter of a known enemy fighter.

As a result of the reports of CIVCAS, a credibility assessment of the allegations was conducted by the Combined Joint Task Force-Operation Inherent Resolve (CJTF-OIR) on December 22, 2014 and completed on December 31,2014. The assessment found some of the CIVCAS allegations to be initially credible based on the information available. Therefore, the Commander, CJTF-OIR, initiated this formal investigation.

The November 5-6, 2014 airstrikes in the vicinity of Harim City, Syria, likely resulted in the destruction of Khorasan Group-affiliated targets that had been converted to military use. The primary weapons used against the targets functioned properly, accurately struck the intended targets, and caused secondary explosions.

The targets engaged were valid military targets at the time of the strikes. The airstrikes in question were conducted in accordance with all military authorities, targeting guidance, and applicable rules of engagement. Additionally, reasonable measures were undertaken to avoid the death or injury of civilians during the strike by thoroughly reviewing the targets prior to engagement, relying on accurate assessments of the targets, and engaging the targets when the risk to non-combatants was minimized. Nonetheless, the death of any civilians is regrettable, and coalition targeting practices incorporating mitigation measures to prevent civilian casualties to the maximum extent possible based on operational requirements, the rules of engagement, and the Law of Armed Conflict will be continued.

Report of Investigation into the Civilian Casualty Near Harim, Syria, 5 November 2014 [76 Pages, 10.3MB]