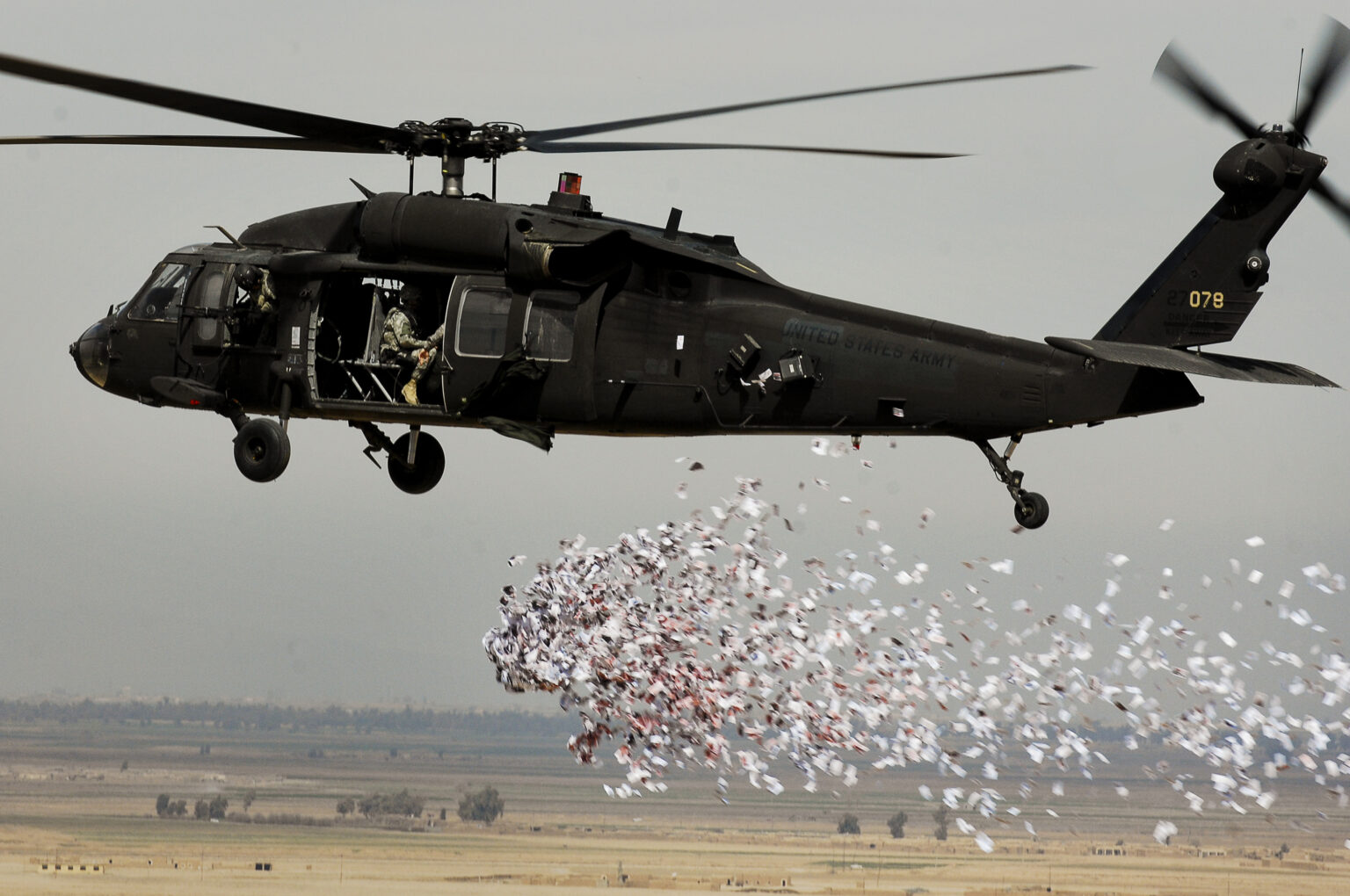 Psychological Operations (PSYOP, PSYOPS) are techniques used by military and police forces to influence a target audience’s value systems, belief systems, emotions, motives, reasoning, and behavior. Target audiences can be governments, organizations, groups, and individuals, and are used in order to induce confessions, or reinforce attitudes and behaviors favorable to the originator’s objectives. These are sometimes combined with black operations or false flag tactics.