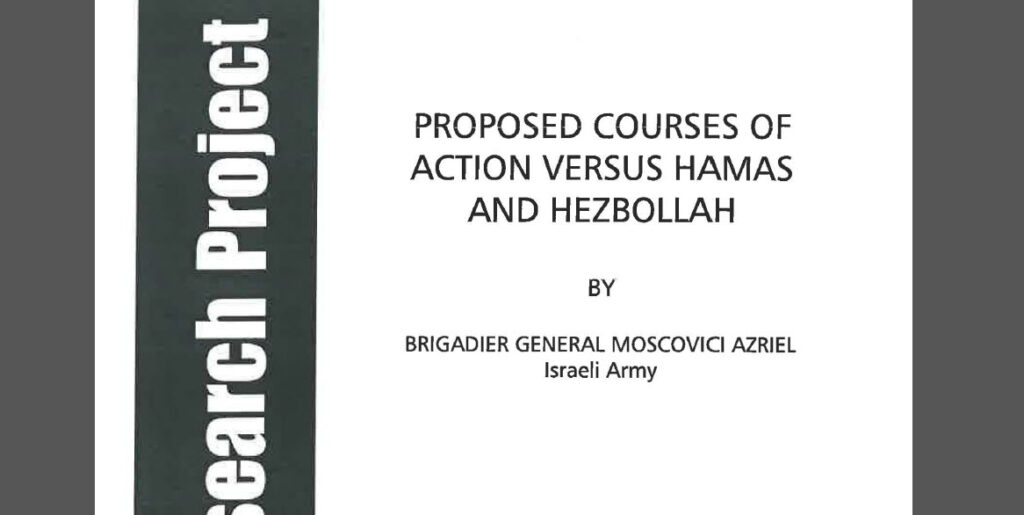 Proposed Courses of Action Versus Hamas and Hezbollah, January 2, 2011

In recent years, Iran strengthened its regional and global position through a wide array of alliances, spreading from Latin America to the borders of Israel. This has been done as to enhance /rants role as a regional leader, and to undermine efforts to halt its nuclear project. Within this strategic context, Iran had developed prominent ties with the Lebanese “Hezbollah” and the Gaza based “Hamas”.

Such ties pose a continuous challenge to stability in the Middle East, and disrupt the prospects of peace talks between Israel and moderate Palestinians. If a wide armed conflict breaks out due to an attempt to foil/rants nuclear project by force, these alliances might pose a serious military challenge. Such a challenge would be more serious to Israelis than to a non-regional observer, who would by nature see it as a secondary issue.

The paper will look at the contemporary challenge posed by those organizations, using the historic perspective of the Soviet revolution as a raw model. Forced by the necessity to form a new balance of power in the Middle East as a result of such a conflict several courses of action will be examined, and one will be recommended.