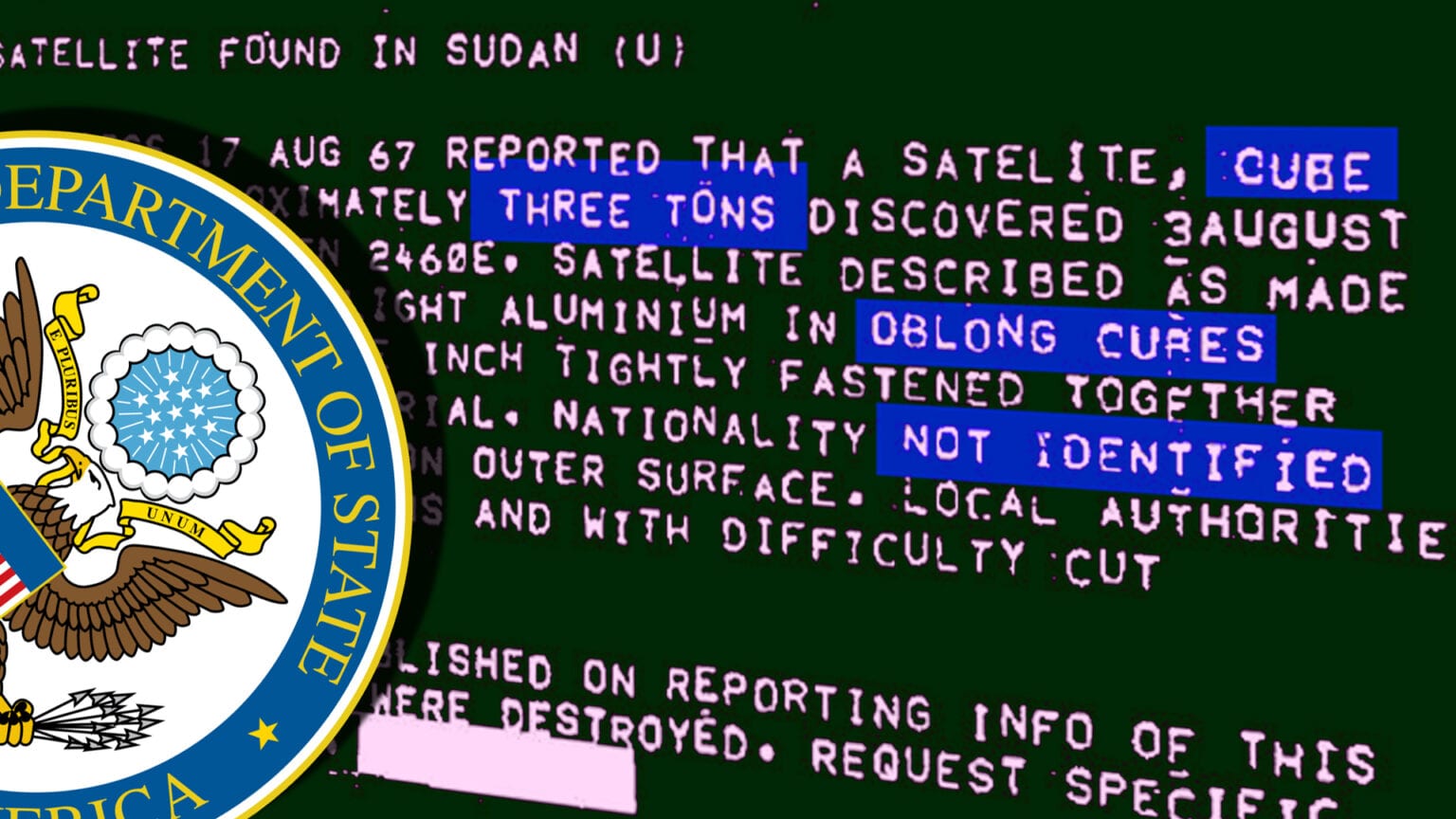 This case is from Project Moon Dust, and was received by The Black Vault from the Defense Intelligence Agency (DIA). It is listed in the UFO category here in the archive, because as of writing this, it is unclear what the object was or even could be. Admittedly, it likely has a very terrestrial explanation, but the problem is that there is nothing to be found that fits the timeframe, weight, and physical description.

The document is a one-page memorandum from the Department of State, describing a three ton, cube-shaped “satellite” object that was discovered in Sudan. It had no markings, was made of soft metal (said to likely be light aluminum) and made up of oblong cubes measuring two inches by one inch. They were tightly fastened together and covered by a silky material.

According to the memo, there were photographs, but none were found in the DIA files (or elsewhere, thus far), nor were they indicated to have been attached to the telegram. The local authorities are said to have, with difficulty, cut samples.

After sifting through known satellite/space vehicle objects from this time frame, I attempted to match up anything that fit either the weight of 6,000 pounds (3 tons), description of being cube-shaped, or both.

CubeSat’s obviously fit the description, but are no where near the size, nor are they even close to the time frame as they were not even proposed until 1999.

So, in short, there is potentially a perfectly good explanation for the object said to have been found, as described by the Department of State. It could be that the intelligence based on public reporting at the time was wrong; it’s possible it is a satellite from a country unknown that has never been declassified or released to the public; it could be a space vehicle that just hasn’t been connected to this case yet; or it could be something else. 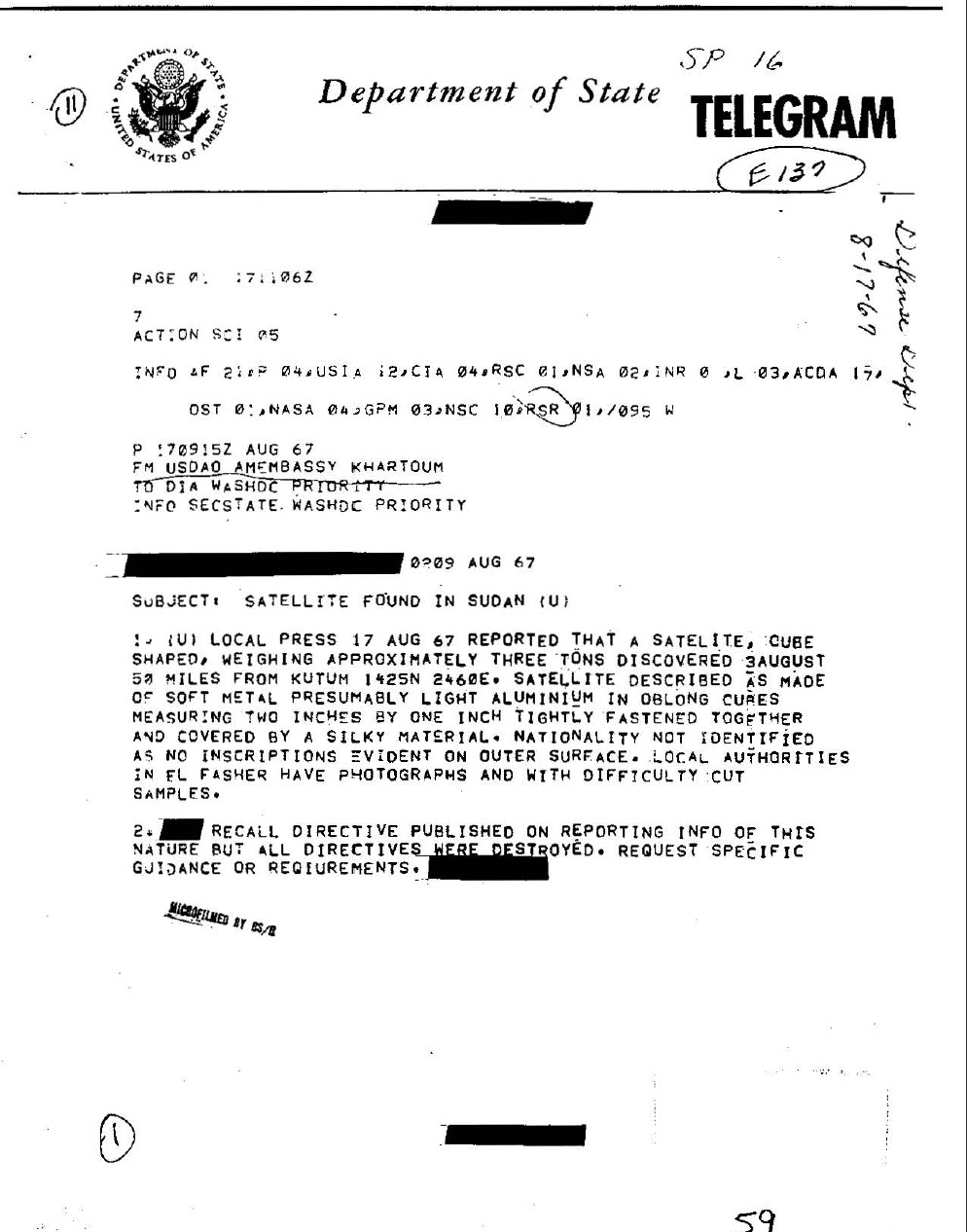