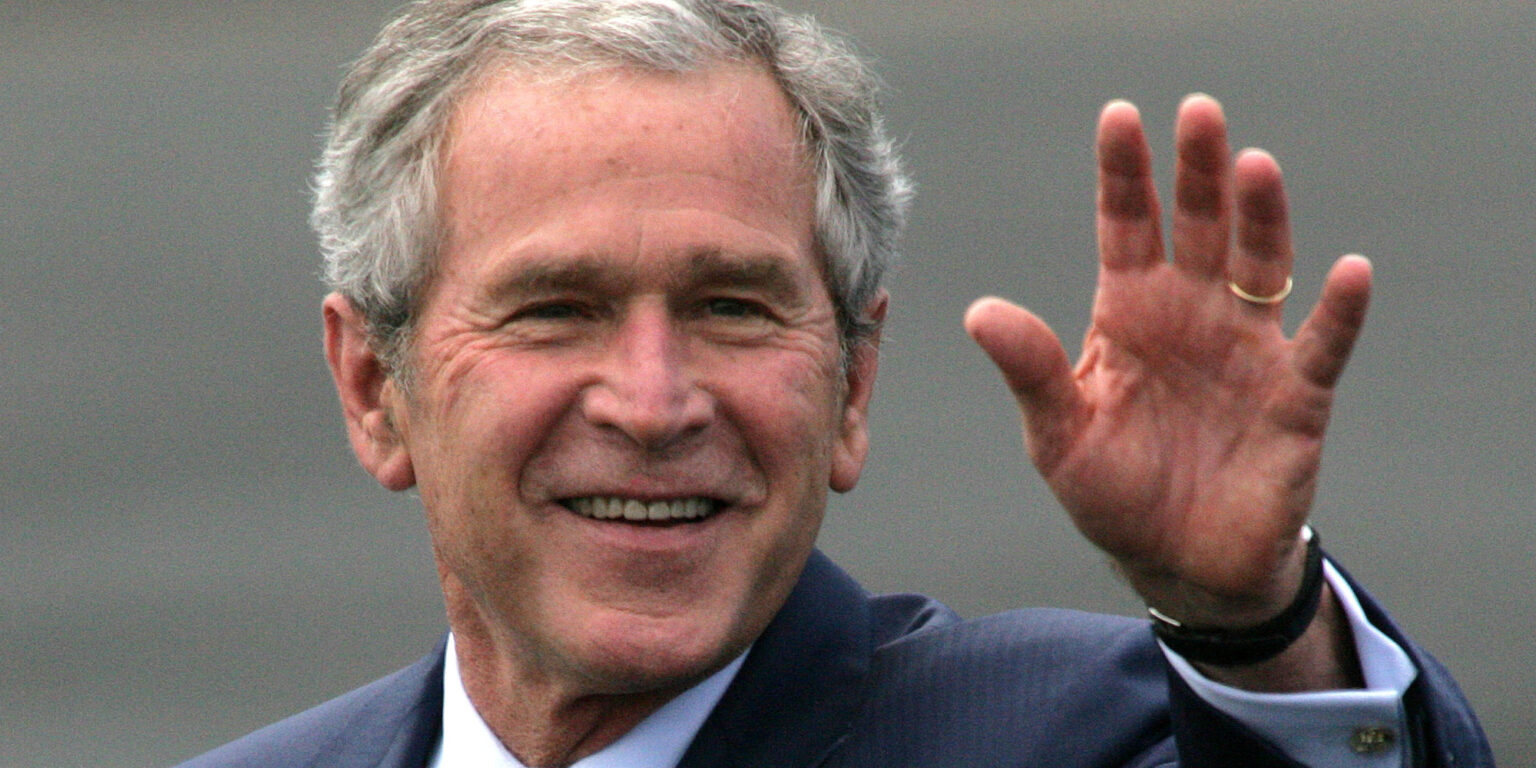 George Walker Bush born July 6, 1946) was the 43rd President of the United States, serving from 2001 to 2009, and the 46th Governor of Texas, serving from 1995 to 2000. Bush is the eldest son of President George H. W. Bush, who served as the 41st President, and Barbara Bush, making him one of only two American presidents to be the son of a preceding president. After graduating from Yale University in 1968, and Harvard Business School in 1975, Bush worked in his family’s oil businesses. He married Laura Welch in 1977 and unsuccessfully ran for the House of Representatives shortly thereafter. He later co-owned the Texas Rangers baseball team before defeating Ann Richards in the 1994 Texas gubernatorial election. In a close and controversial election, Bush was elected President in 2000 as the Republican candidate, defeating then-Vice President Al Gore in the Electoral College.