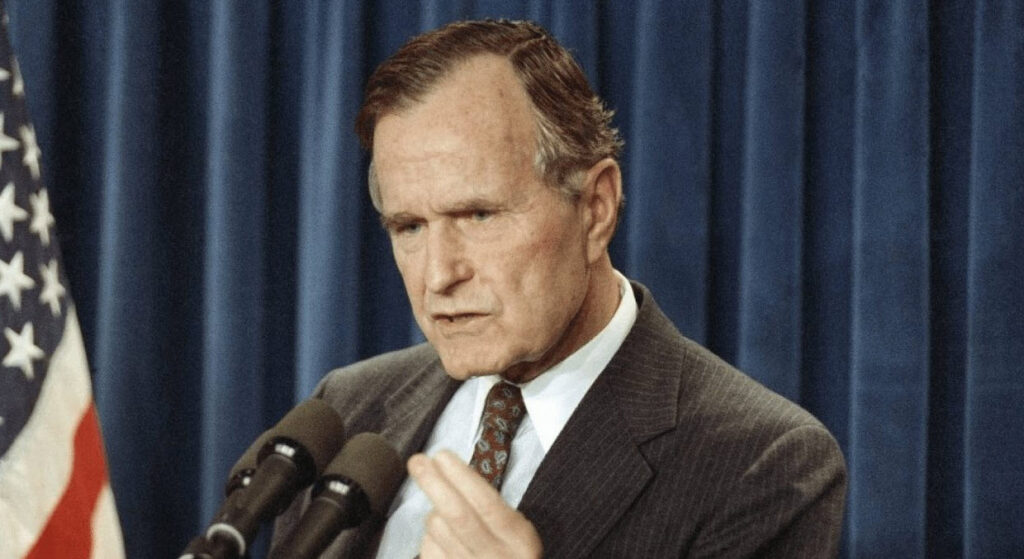 April 13, 1993: Fourteen men believed to be in the employ of Saddam Hussein smuggled bombs into Kuwait with the intent of planting car bombs to assassinate Bush during his visit to Kuwait University. Two of the suspects Wali Abdelhadi Ghazali and Raad Abdel-Amir al-Assadi retracted their confessions at the trial claiming that they were coerced. The plot was foiled when Kuwaiti officials found the bomb and arrested the suspected assassins. Bush had left office in January 1993. The Iraqi Intelligence Service, particularly Directorate 14, was proven to be behind the plot.

On June 27, 1993 President Bill Clinton responded to the assassination attempt as part of Operation Southern Watch by firing 23 Tomahawk cruise missiles against the Iraqi Intelligence Headquarters. Clinton was convinced to attack by three compelling pieces of evidence. First, suspects in the plot confessed to FBI agents in Kuwait. Second, FBI bomb experts firmly linked the captured car bombs to the same explosives made in Iraq, including a 175-pound car bomb found in Kuwait City on April 14. Third, intelligence reports confirmed that Saddam had been plotting to assassinate the former President for some time. Leaders from both parties supported Clinton’s attack.  (Source: Wikipedia)

Assassination Attempt Records from the US Air Force Office of Special Investigation (AFOSI) [5 Pages, 261 KB] – Responsive documents from a request I filed from the DIA.

Assassination Attempt Records from the US Department of Defense(DOD) [7 Pages, 221 KB] – Responsive documents from a request I filed from the DIA.

Assassination Attempt Records from the US Department of State [34 Pages, 3.93 MB] – Responsive documents from a request I filed from the DIA.