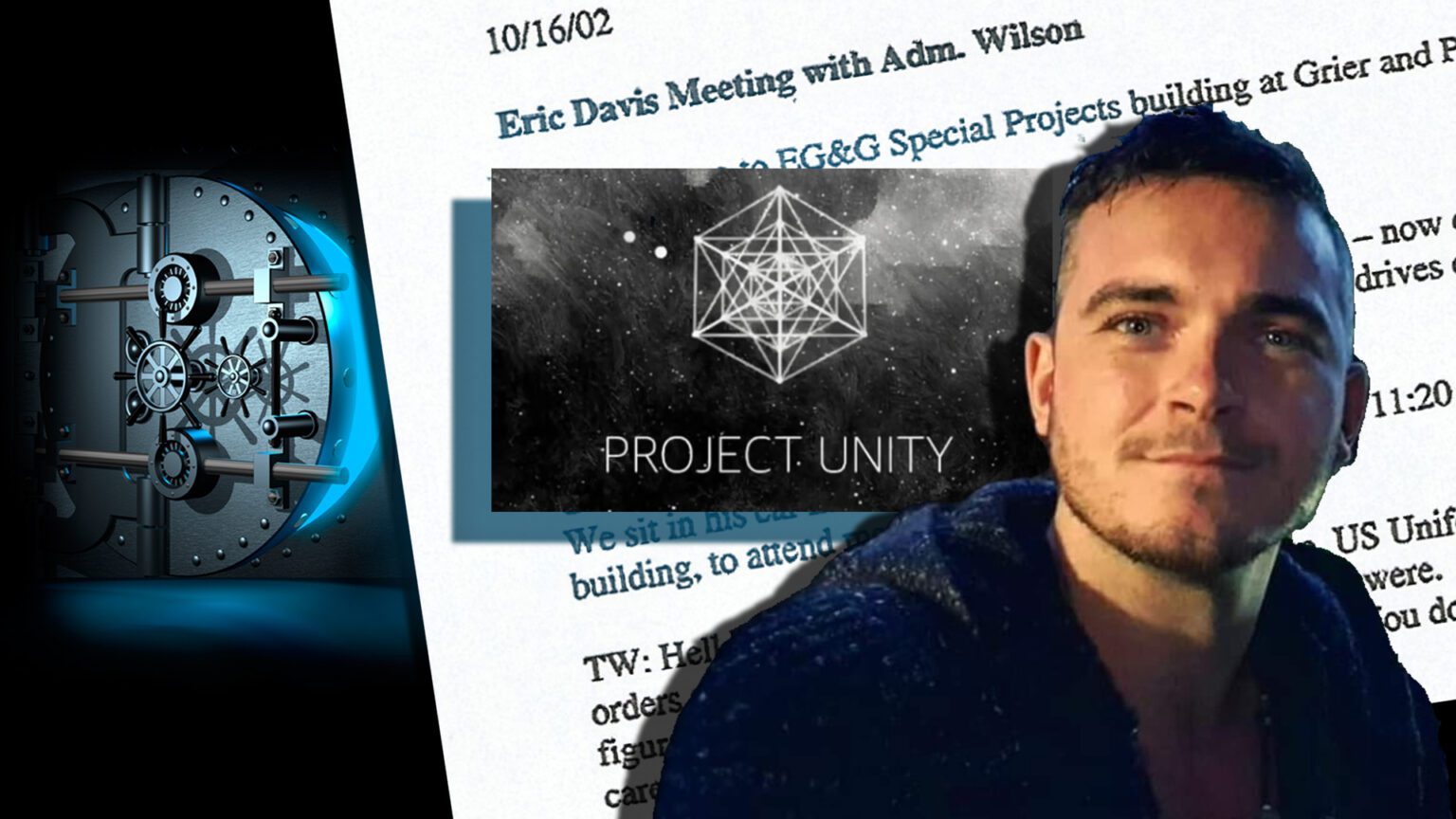 Ep. #85 – Jay from Project Unity on the Wilson/Davis Leak

Some call it the “UFO Leak of the Century”.

Others refer to it as the “Wilson/Davis Documents.”

And some, just call it a downright hoax.

These 15 pages, which were uploaded by an anonymous account to a popular image sharing site, chronicle a secret meeting in Las Vegas where a massive cover-up was revealed by a former high ranking military intelligence official.

As the story goes, Admiral Thomas Wilson met with physicist Dr. Eric W. Davis; and it was during this meeting that the Admiral revealed secret alien technology being tested within the private sector. Wilson, a former J2 Director for Intelligence in the Joint Chiefs of Staff, said that although he verified that the alien tech was real and hidden within the private sector; he was denied access to it and his career was threatened if he continued to pursue it.

At least… that’s the story as revealed in these notes.

But is any of it real? Or is this all an elaborate work of fiction concocted by an unknown hoaxer?

My guest today believes this document leak represents an extremely important and potentially groundbreaking situation that was never supposed to be seen by the public. His name is Jay, and he runs Project Unity. Jay aims to build what he calls, “an intellectual space for the free flow of ideas on disruptive issues; from physics to metaphysics, theology and philosophy.”

And it is within that platform, he has spent hours upon hours creating video content these topics, which includes the Wilson/Davis documents… and he believes they very well may be real.

What evidence is there that makes him think that’s a possibility?

Well… we are about to find out together.

o Apollo Astronaut Chats About UFO, Alien Belief (Referred to as the “Discovery Channel” interview in this interview)