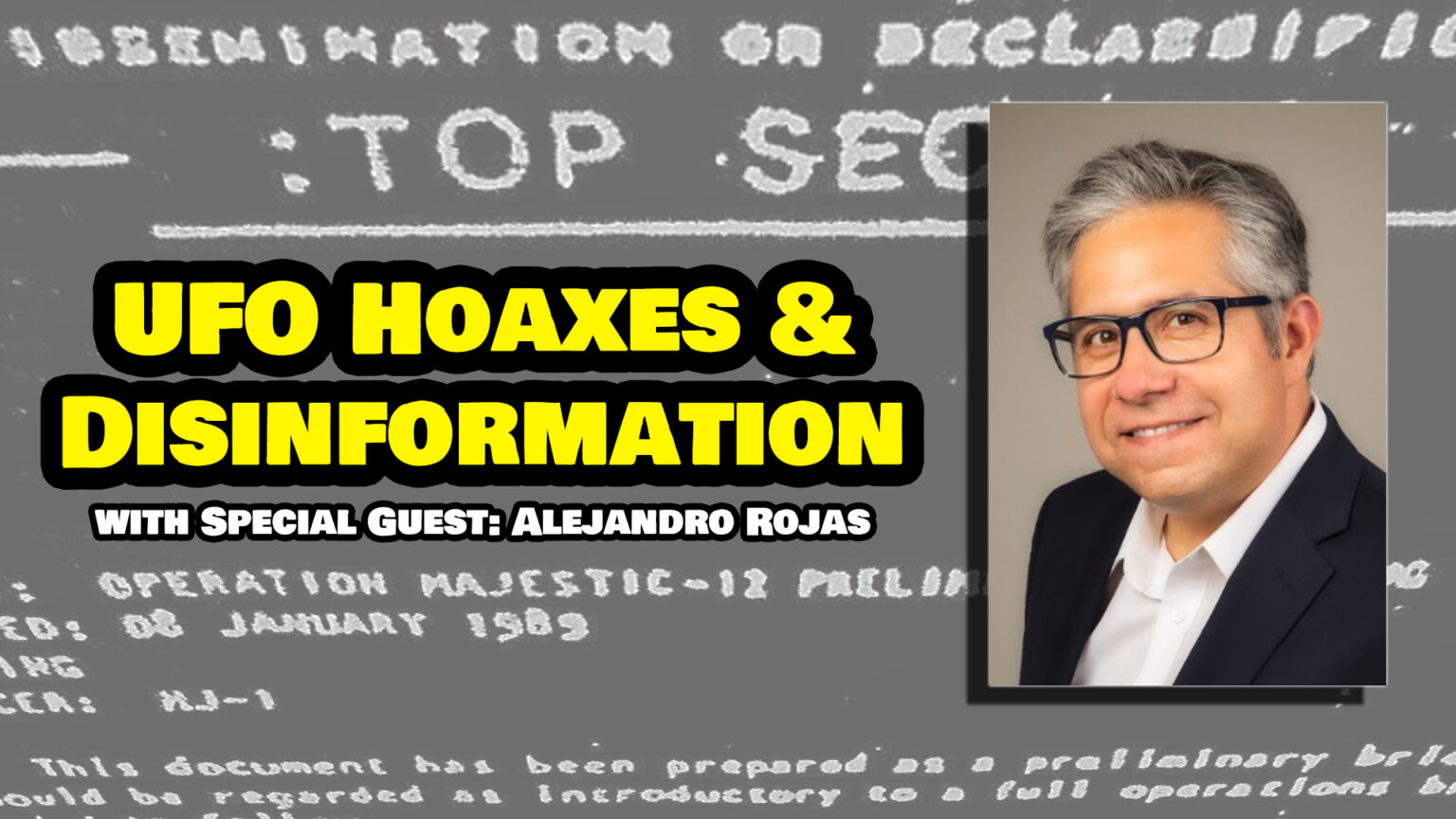 For more than 20 years, The Black Vault has collected thousands of pages on the UFO phenomena through official channels. But, what happens, when documents surface by unofficial means?

Leaked documents and unsubstantiated rumors have plagued the field of UFOlogy for decades. And the biggest question we all have to ask ourselves when that so-called evidence does surface; is should this information ever be taken seriously at all?

From Majestic 12 to Project Aquarius, and from Project SERPO to the Roswell Slides – these stories and many more have surfaced over the years from unknown or highly questionable and unreliable sources at best. And like anything with the field of UFOs, it is never black & white, and usually always comes with a heavy dose of controversy.

My guest today, is Alejandro Rojas. He runs the well known OpenMinds.tv website, and he writes extensively about science, space, science fiction and UFOs. And when he tackles the latter, he has dug in deep to try and separate fact… from fiction.

Join us, as Alejandro and I break down some of today’s hottest topics within the field of UFOs – and whether they should be hot topics at all.