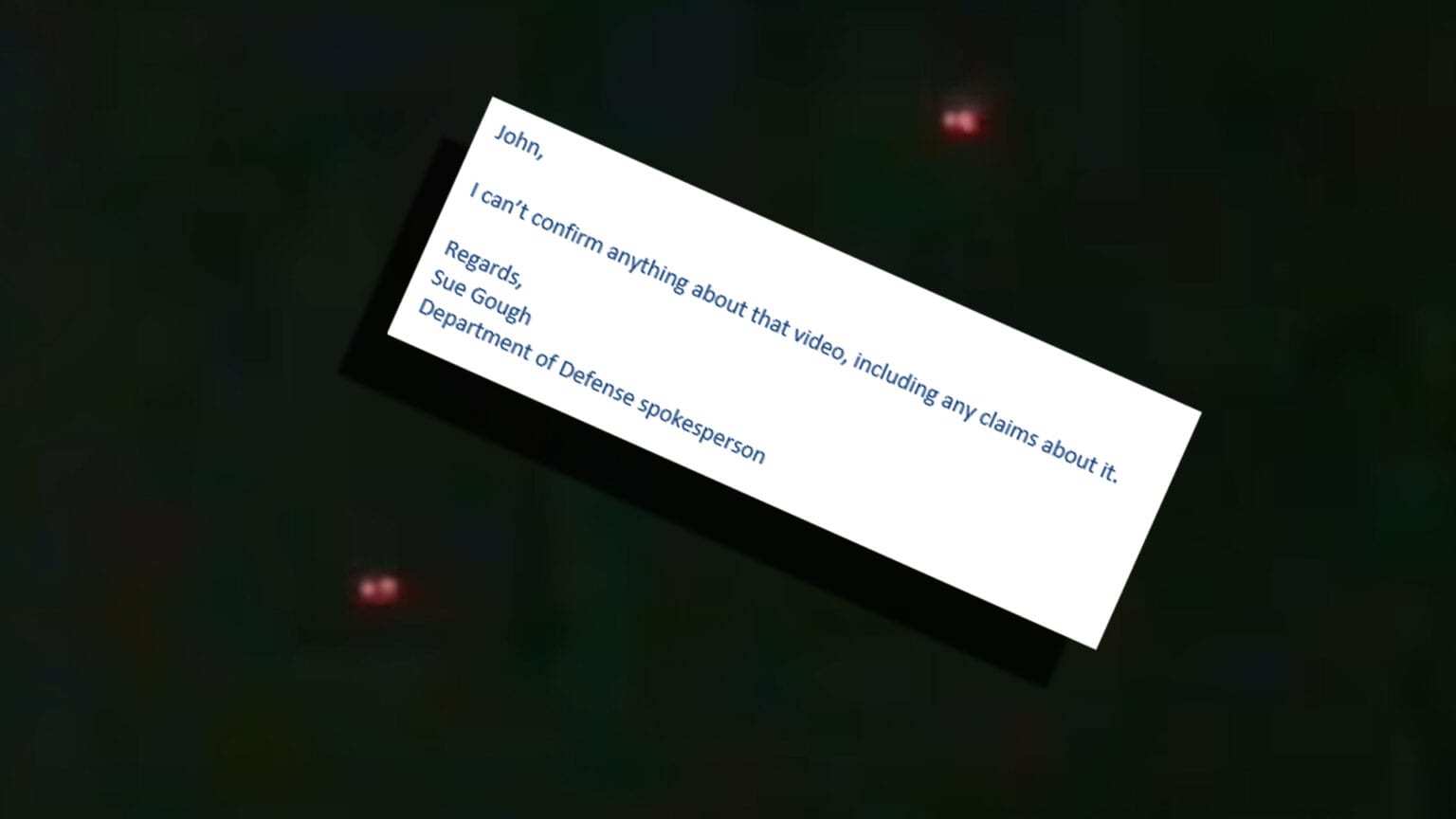 On June 29, 2021, Jeremy Corbell published another “leaked” video reported to be of “Unidentified Aerial Phenomena” or UAP. These unidentified objects are connected to the USS Omaha encounter which took place on July 15, 2019.

Although the Pentagon has confirmed previous leaked photographs and video, this time they have taken a different tactic. They will not say anything.

According to Corbell, the video was captured by the onboard Visual Intelligence Personnel, or VIPER, team.

“This footage represents an additional type of visual data collection – corroborative visual evidence – depicting a UFO event series that reached a crescendo with at least one of the unknown targets entering the water. No wreckage found. None of the unknown craft were recovered – despite a tasked search by at least one of our U.S. Navy submarines,” Corbell published with the video.

Early the next morning, The Black Vault reached out to Pentagon Spokesperson Susan Gough. Contrary to past actions of confirming UAP leaks rather quickly, this one took a few days to get a final response. Then, on the morning of Friday, July 2, Gough told The Black Vault in an email, “I can’t confirm anything about that video, including any claims about it.”

It is unclear why previous videos and photographs were confirmed at a seemingly increasing fast pace, yet with this video there is absolutely no comment or even confirmation given. However, The Black Vault has had NUMEROUS Freedom of Information Act (FOIA) requests open regarding this (and many other) reported encounters. Those records, if released, will be published when available.