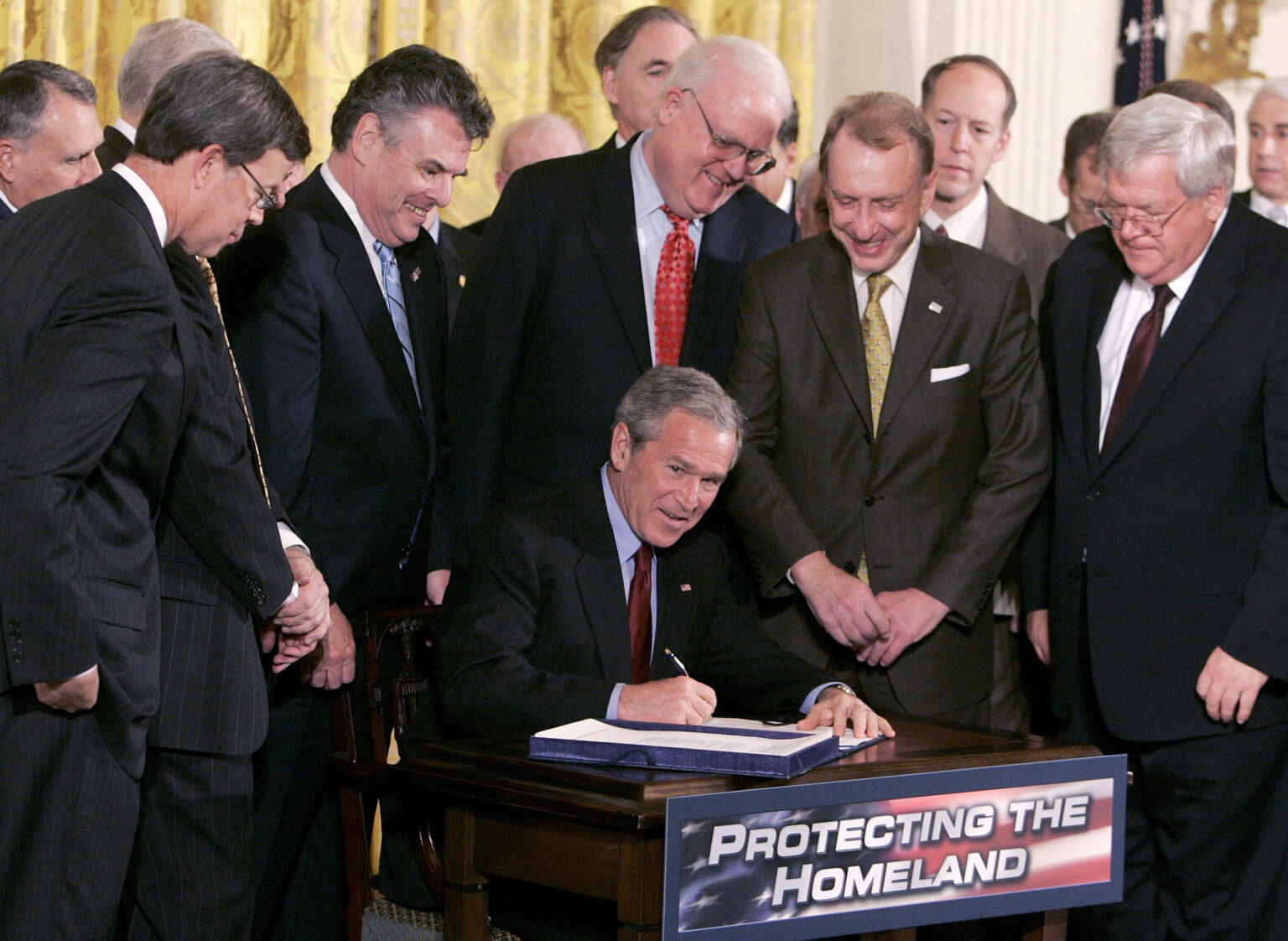 The USA PATRIOT Act of 2001 is an Act of Congress that was signed into law by President George W. Bush on October 26, 2001. The title of the act is a ten letter bacronym (USA PATRIOT) that stands for Uniting (and) Strengthening America (by) Providing Appropriate Tools Required (to) Intercept (and) Obstruct Terrorism Act of 2001.

The act, as a response to the terrorist attacks of September 11th, significantly weakened restrictions on law enforcement agencies’ gathering of intelligence within the United States; expanded the Secretary of the Treasury’s authority to regulate financial transactions, particularly those involving foreign individuals and entities; and broadened the discretion of law enforcement and immigration authorities in detaining and deporting immigrants suspected of terrorism-related acts. The act also expanded the definition of terrorism to include domestic terrorism, thus enlarging the number of activities to which the USA PATRIOT Act’s expanded law enforcement powers can be applied.

FBI Files Regarding the Patriot Act [2,462 Pages, 91MB] – The USA PATRIOT Act (Uniting and Strengthening America by Providing Appropriate Tools Required to Intercept and Obstruct Terrorism Act of 2001) was signed into law by President George W. Bush. Portions of the law had been set to expire in 2005, but were subsequently renewed. These FBI documents range from 2002 to 2005.