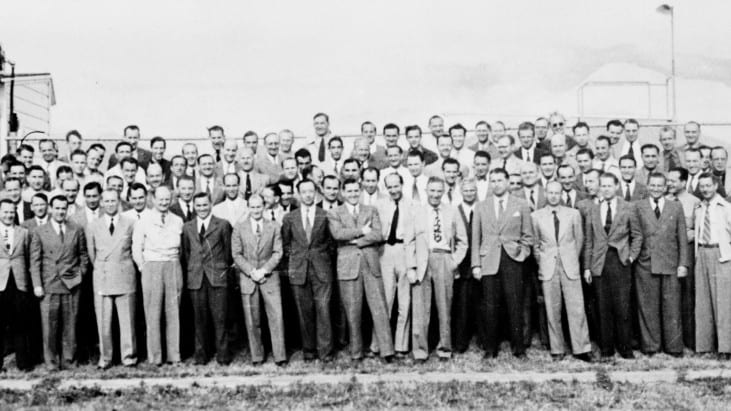 Operation Paperclip was the code name for the 1945 Office of Strategic Services, Joint Intelligence Objectives Agency recruitment of German scientists from Nazi Germany to the U.S. after VE Day.

President Truman authorized Operation Paperclip in August 1945; however he had expressly ordered that anyone found “to have been a member of the Nazi party and more than a nominal participant in its activities, or an active supporter of Nazism militarism” would be excluded.