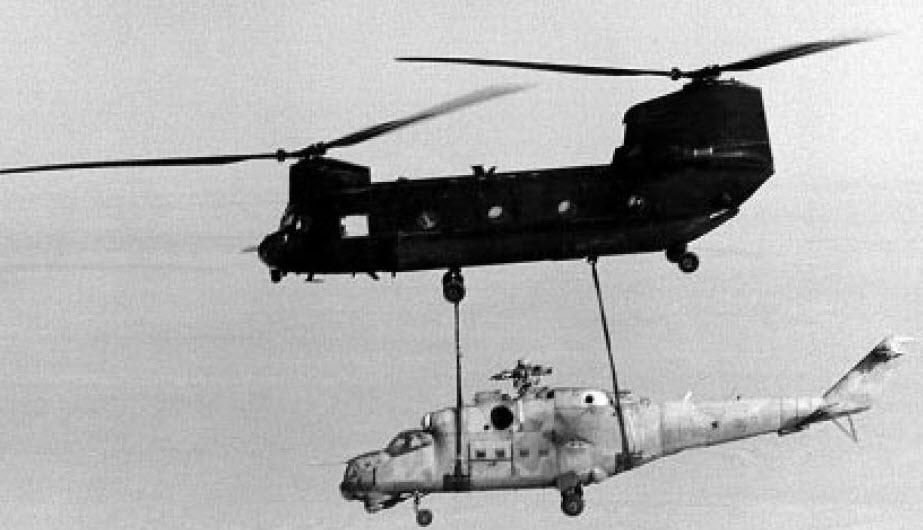 Operation Mount Hope III was a secret American operation to capture a crashed Soviet-made Mi-24 “Hind” attack helicopter. The aircraft had crashed and been abandoned in the conflict between Libya and Chad. In 1988 two U.S. MH-47 Chinooks of the 160th Special Operations Aviation Regiment (United States) flew almost 500 miles at night to the site and lifted the helicopter out without being detected. The mission was conducted entirely within Chad, with the approval of the government of Chad.

Department of the Army records on Operation Mount Hope III [40 Pages, 13.53mb] – Includes what appears to be a slide presentation on the Operation briefing, and a 2 page summary as well.

FBI File: Contacts Between Representatives of the Soviet Union and Members or Staff Personnel of the United States Congress, 1964-1972