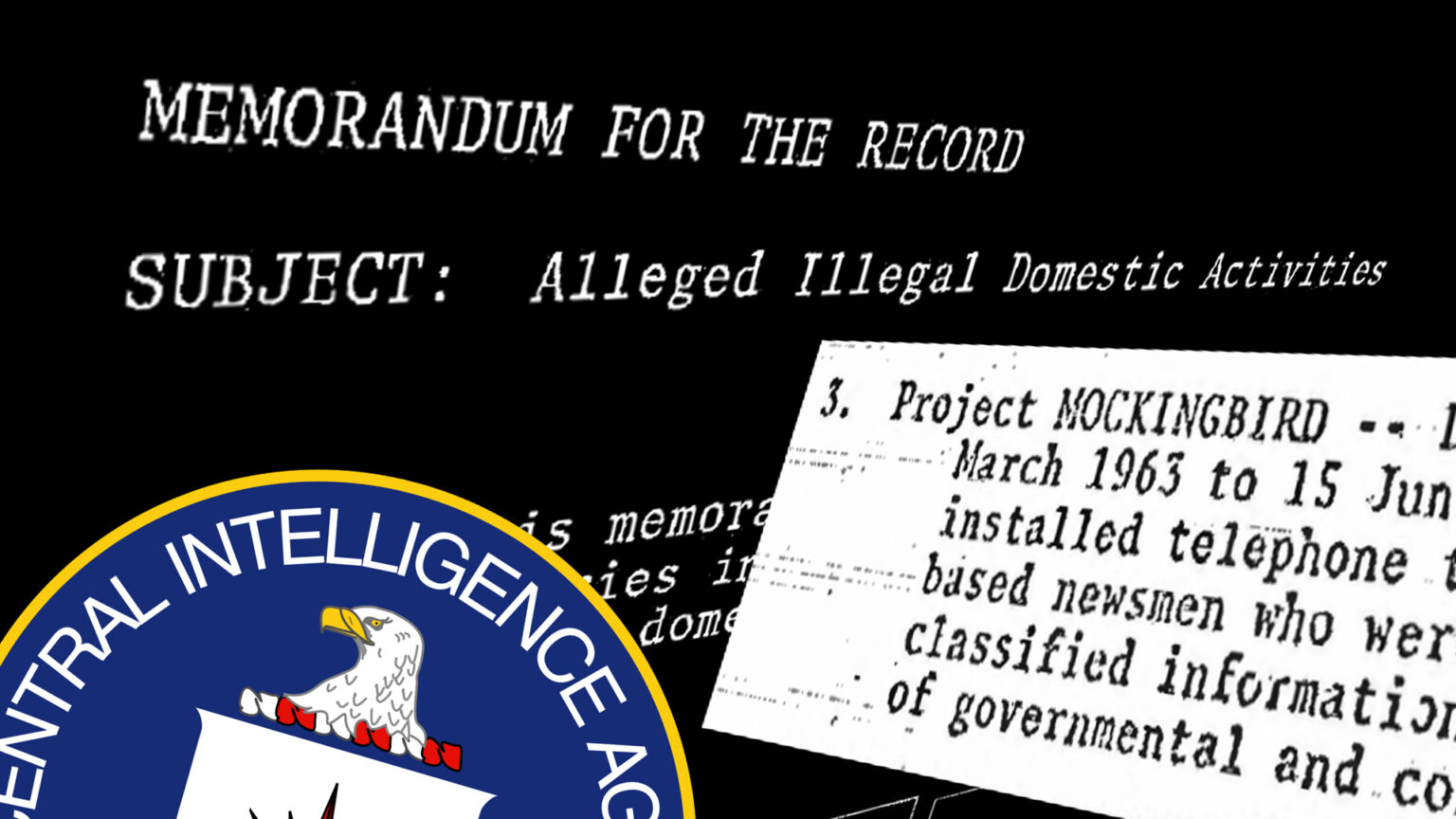 There have been a lot of rumors and allegations against what “Mockingbird” actually was, but it appears that quite possibly, there were two project names. One has been confirmed while the other remains elusive (if real at all).

PROJECT Mockingbird was a wiretapping operation initiated by President John F. Kennedy to identify the sources of government leaks by eavesdropping on the communications of journalists.

This is the program mentioned in the CIA records below, and The Black Vault also added records from the Gerald Ford Presidential Library on the same.

OPERATION Mockingbird was a alleged secret campaign by the United States Central Intelligence Agency (CIA) to influence media. Begun in the 1950s, it was said to be initially organized by Cord Meyer and Allen W. Dulles, it was later led by Frank Wisner after Dulles became the head of the CIA.

The organization recruited leading American journalists into a network to help present the CIA’s views, and funded some student and cultural organizations, and magazines as fronts. As it developed, it also worked to influence foreign media and political campaigns, in addition to activities by other operating units of the CIA.

This request was originally filed in 2013. However, I believe now not everything was given to me, likely due to the description of records seeking OPERATION Mockingbird vs. PROJECT Mockingbird records. A frustrating aspect to the FOIA, which although I can not confirm that’s what happened – I filed again in December of 2020, and received additional records on PROJECT Mockingbird.

(Note: The 700+ page document referenced for additional purchase is the “Family Jewels” collection, which has already been on The Black Vault for many years.)