The United States Office of Government Ethics (OGE) is an independent agency within the executive branch of the U.S. Federal Government which is responsible for directing executive branch policies relating to the prevention of conflict of interest on the part of Federal executive branch officers and employees. Under the Ethics in Government Act, this agency was originally part of the Office of Personnel Management from 1978 until it separated in 1989.

On November 20, 2016, in a rare occurrence, the OGE tweeted to President-elect Donald Trump about his decisions about divesting in his business to avoid conflicts of interest. Here are a few of those tweets: 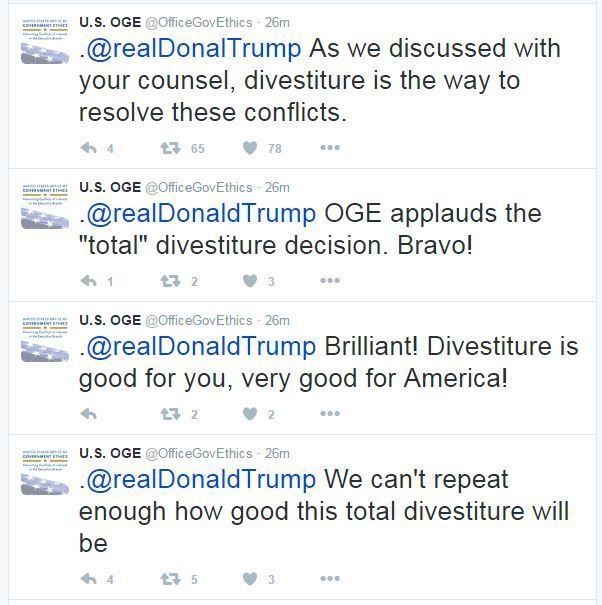 On December 16, 2016, I sent a FOIA request for e-mails to/from certain OGE employees to search the keyword TWITTER to see what was being talked about. Those employees I requested searched were: