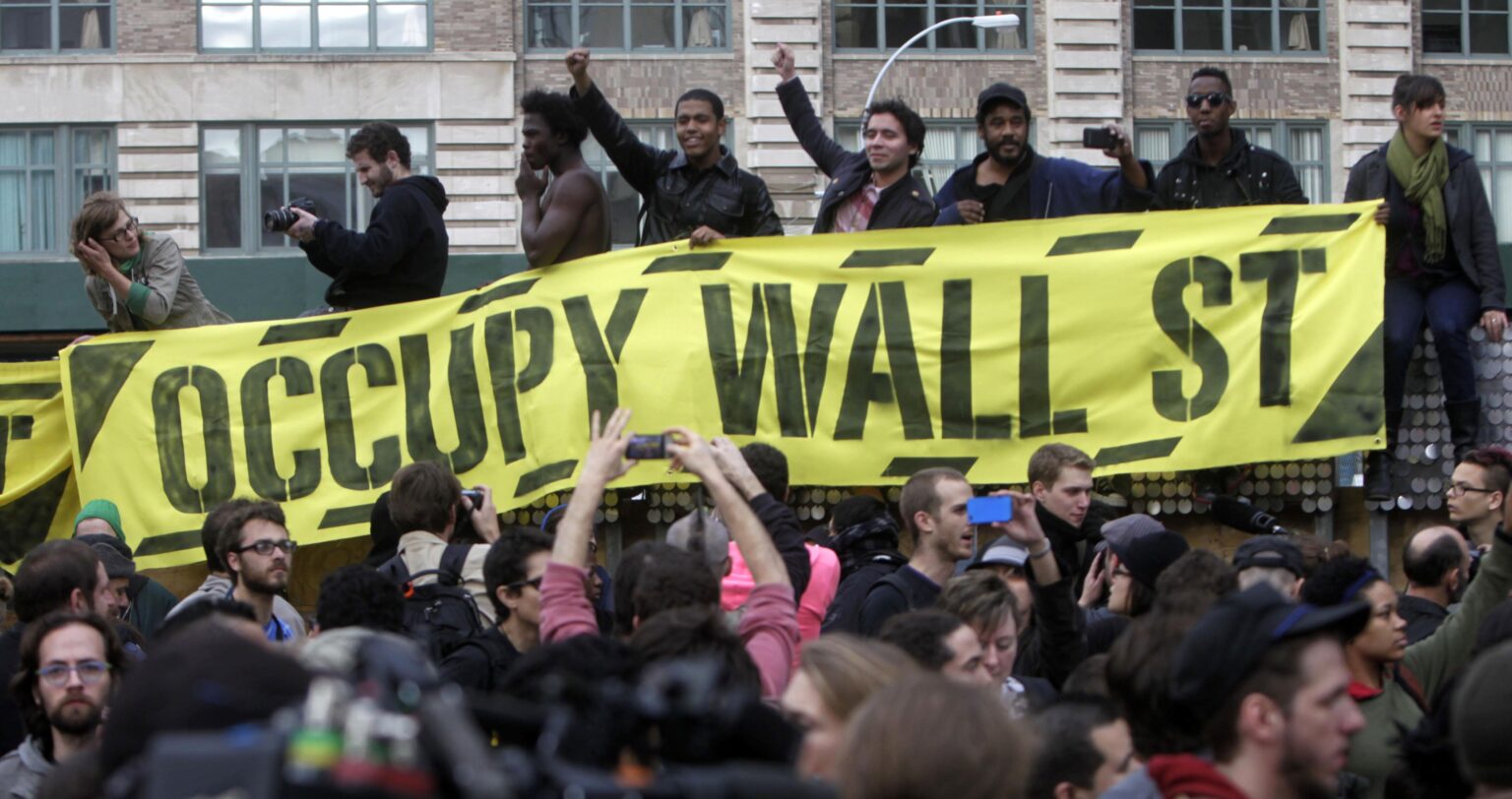 Occupy Wall Street (OWS) is the name given to a protest movement that began on September 17, 2011 in Zuccotti Park, located in New York City’s Wall Street financial district.

The Canadian activist group Adbusters initiated the protest, which has led to Occupy protests and movements around the world. The main issues are social and economic inequality, greed, corruption and the perceived undue influence of corporations on government—particularly from the financial services sector. The OWS slogan, We are the 99%, addresses the growing income inequality and wealth distribution in the U.S. between the wealthiest 1% and the rest of the population. To achieve their goals, protesters act on consensus-based decision made in general assemblies which emphasize direct action over petitioning authorities for redress.

Protesters were forced out of Zuccotti Park on November 15, 2011. After several unsuccessful attempts to re-occupy the original location, protesters turned their focus to occupying banks, corporate headquarters, board meetings, college and university campuses.