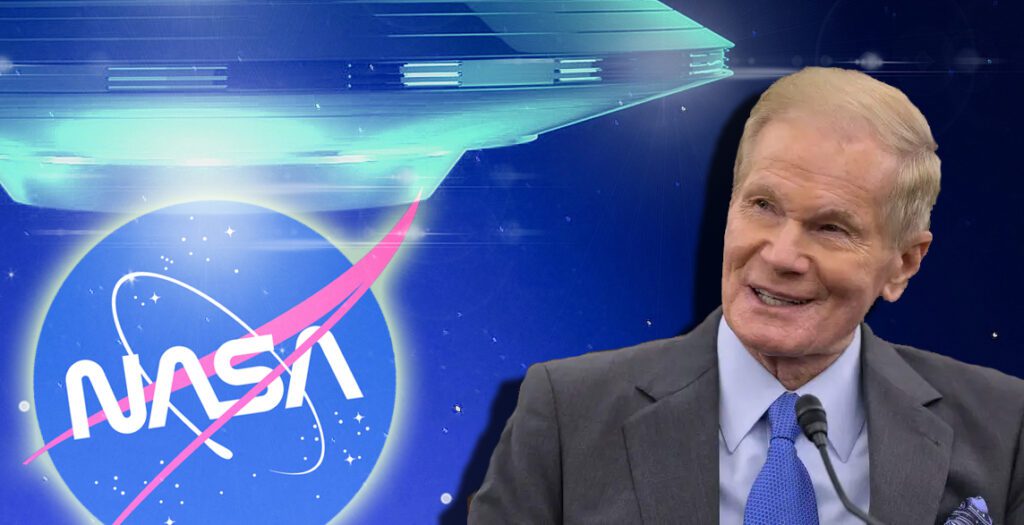 Updated 8/16/21 at 3:40p Pacific Time with a statement from the Pentagon made on behalf of NASA and the UAP Task Force. Also added that it has been confirmed as a “classified briefing.”

NASA’s Administrator Bill Nelson is scheduled to obtain a classified briefing on Unidentified Aerial Phenomena (UAP) tomorrow. This news, which comes from two documents released through the Freedom of Information Act (FOIA) and obtained by The Black Vault, was revealed within two Office of International and Interagency Relations (OIIR) “Weekly Update” e-mails sent on July 18th and July 25th of this year. Both updates outline a list of “Upcoming Activities” for Administrator Nelson and other NASA personnel, and both list a “Briefing to Administrator on Task Force Report on Unidentified Aerial Phenomena” set for August 17.

Details about the classified briefing are not listed within the document, but The Black Vault reached out to the Department of Defense (the UAP Task Force) and to NASA for a response. The Pentagon answered on behalf of both agencies:

“The UAPTF is providing a classified briefing on UAP to the National Aeronautics and Space Administration,” said Pentagon spokesperson Susan Gough in an e-mail to The Black Vault. “During the course of its work, the UAPTF has reached out to organizations across DoD, the Intelligence Community, and the U.S. government. For security reasons, we will not detail the contributions of specific organizations to the UAPTF’s work, nor the areas discussed with every organization as part of the UAPTF’s investigations. It is worth noting, however, that NASA is an organization with broad scientific responsibilities, including atmospheric research, etc. Such information is vital to fully understanding the environment in which Navy aviators operate and the conditions that may have been present during any particular observation.”

Gough further confirmed the briefing was still scheduled for tomorrow, but declined to confirm that Nelson would, in fact, be there.

As reported in a previous story published by The Black Vault last month, NASA also received a briefing on UAPs back in September of 2020. This specific meeting involved various NASA officials including International Space Station (ISS) Program Manager Joel Montalbano; Director of the Export Control and Interagency Liaison Division Margaret Kieffer; Former Associate Administrator for Legislative Affairs Suzanne Gillen; and then Acting Associate Administrator for the Office of International and Interagency Relations, Mike Gold. This, also, was revealed by documents obtained through the FOIA.

In another FOIA Case with NASA, in case 21-HQ-F-00660, one of the same records above was released but with numerous (b)(5) redactions. It is unclear why in one case they were released in full and in another it was redacted.

The said, it is archived here for reference: