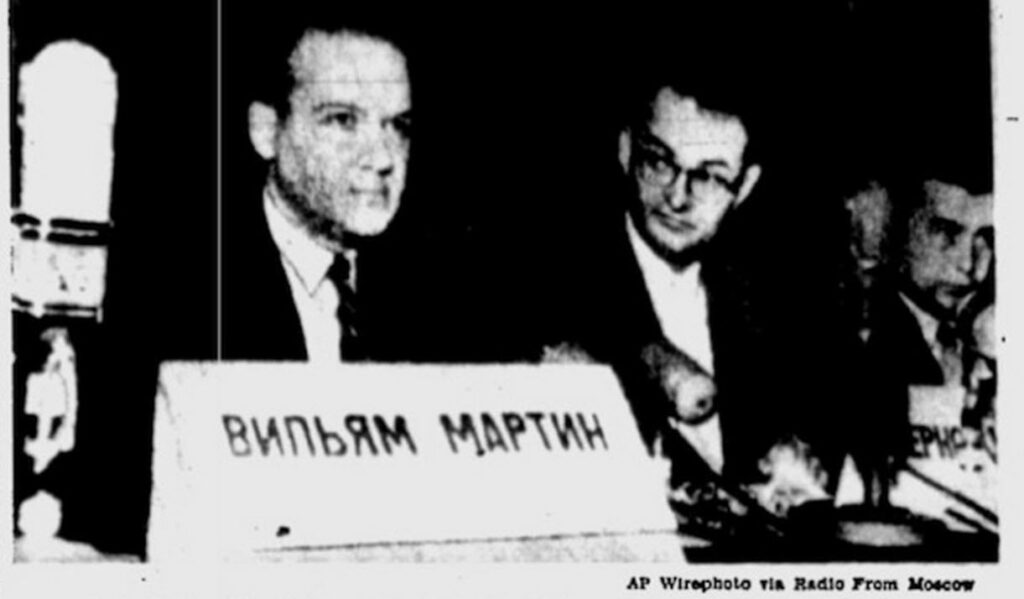 The following was written by Wikipedia, which summarizes this historical incident:

The Martin and Mitchell Defection occurred in September 1960 when two U.S. National Security Agency (NSA) cryptologists, William Hamilton Martin and Bernon F. Mitchell, defected to the Soviet Union. A secret 1963 NSA study said that “Beyond any doubt, no other event has had, or is likely to have in the future, a greater impact on the Agency’s security program.”

Martin and Mitchell met while serving in the U.S. Navy in Japan in the early 1950s and both joined the NSA on the same day in 1957. They defected together to the Soviet Union in 1960, and at a Moscow press conference they revealed and denounced various U.S. policies, especially provocative incursions into the air space of other nations and spying on America’s own allies. Underscoring their apprehension of nuclear war, they said “we would attempt to crawl to the moon if we thought it would lessen the threat of an atomic war.”

Within days, citing a trusted source, Congressman Francis E. Walter, chairman of the House Un-American Activities Committee (HUAC), said Martin and Mitchell were “sex deviates”, prompting sensational press coverage. U.S. officials at the National Security Council privately shared their assumption that the two were part of a traitorous homosexual network. Classified NSA investigations, on the other hand, determined the pair had “greatly inflated opinions concerning their intellectual attainments and talents” and had defected to satisfy social aspirations. The House Un-American Activities Committee publicly intimated its interpretation of the relationship between Martin and Mitchell as homosexual and that reading guided the Pentagon’s discussion of the defection for decades.

Below, you will find my research into this defection, and the declassified documents that have been released.

NSA Declassified Documents, Released March 2015 [ 103 Pages, 49.5MB ] – The NSA is charging nearly $2,000 to complete their search for records relating to this incident. They used the 2 hours allotted to me for free, and sent me the first 100 pages that they found. This is that release. Any additional searching or releases, I will be required to pay the thousands of dollars.