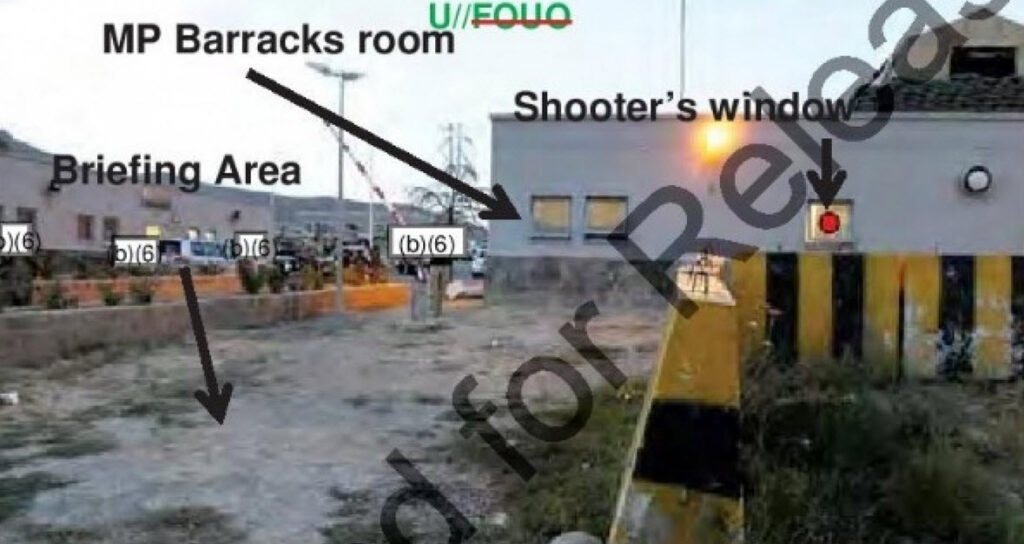 On 5 August 2014, at approximately 1155 local time, an Afghan National Army (ANA) Military Policeman (MP) opened fire on a large group of Coalition and Afghan Forces who were conducting a series of briefings at the Marshal Fa him National Defense University (MFNDU) in Kabul, Afghanistan.

No negligence on the part of event planners or leaders present. This incident could not have been reasonably foreseen or prevented, appearing as an isolated act of a determined shooter without indicators or warnings.

Visits are a daily occurrence to the MFNDU site. The Afghan National Army Officer Academy (ANAOA) alone has hosted over 100 in 9 months. Group sizes often exceed 20 personnel, and multiple VIPs are not uncommon. Planning for this event was conducted as all others have been before and deemed sufficient. Recommendations (below) can help to mitigate future risk.

Actions of Security Team members in neutralizing the shooter, rendering first aid, and evacuating casualties was superb. Despite the lack of coordinated planning, execution was swift and lives were undoubtedly saved as a result.

Below, you will find the complete CENTCOM investigation reports.