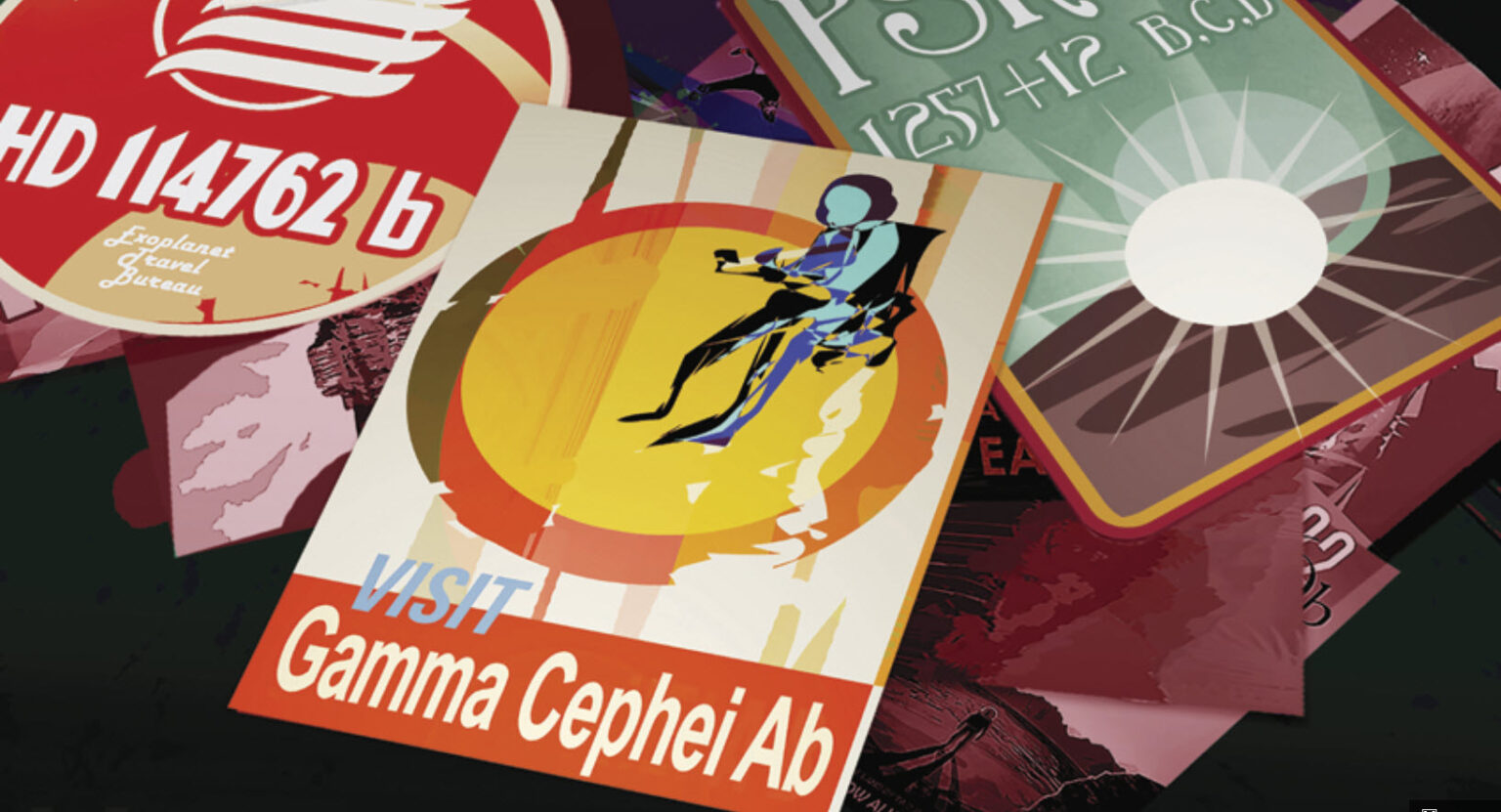 JPL Visions of the Future Posters

In February 2016, NASA/JPL released these posters, depicting what future space tourism posters could look like. They are an amazing look at creativity, ingenuity and the future.

Here is what JPL had to say about their release:

Imagination is our window into the future. New travel posters from NASA’s Jet Propulsion Laboratory, Pasadena, California, envision a day when the creativity of scientists and engineers will allow us to do things we can only dream of now.

You can take a virtual trip to 14 alien worlds, and maybe even plaster your living room with planetary art, via the new, futuristic space tourism posters.

Last year, five posters depicting planets beyond our solar system were introduced as part of JPL’s Exoplanet Travel Bureau series. They are included in the latest set of 14 posters, which also show such locales as Mars, Jupiter’s moon Europa, Saturn’s vapor-spewing moon Enceladus, and the dwarf planet Ceres.

The posters are the brainchild of The Studio at JPL, a design and strategy team that works with JPL scientists and engineers to visualize and depict complex science and technology topics. Their work is used in designing space missions and in sharing the work of NASA/JPL with the public.

The California Institute of Technology in Pasadena manages JPL for NASA.

A creative team of visual strategists at JPL, known as “The Studio,” created the poster series, which is titled “Visions of the Future.” Nine artists, designers, and illustrators were involved in designing the 14 posters, which are the result of many brainstorming sessions with JPL scientists, engineers, and expert communicators. Each poster went through a number of concepts and revisions, and each was made better with feedback from the JPL experts.

David Delgado, creative strategy:
The posters began as a series about exoplanets — planets orbiting other stars — to celebrate NASA’s study of them. (The NASA program that focuses on finding and studying exoplanets is managed by JPL.) Later, the director of JPL was on vacation at the Grand Canyon with his wife, and they saw a similarly styled poster that reminded them of the exoplanet posters. They suggested it might be wonderful to give a similar treatment to the amazing destinations in our solar system that JPL is currently exploring as part of NASA. And they were right!

The point was to share a sense of things on the edge of possibility that are closely tied to the work our people are doing today. The JPL director has called our people “architects of the future.”

As for the style, we gravitated to the style of the old posters the WPA created for the national parks. There’s a nostalgia for that era that just feels good.

Joby Harris, illustrator:
The old WPA posters did a really great job delivering a feeling about a far-off destination. They were created at a time when color photography was not very advanced, in order to capture the beauty of the national parks from a human perspective. These posters show places in our solar system (and beyond) that likewise haven’t been photographed on a human scale yet — or in the case of the exoplanets might never be, at least not for a long time. It seemed a perfect way to help people imagine these strange, new worlds.

Delgado:
The WPA poster style is beloved, and other artists have embraced it before us. Our unique take was to take one specific thing about the place and focus on the science of it. We chose exoplanets that had really interesting, strange qualities, and everything about the poster was designed to amplify the concept. The same model guided us for the posters that focus on destinations in the solar system.

Lois Kim, typography:
We worked hard to get the typography right, since that was a very distinctive element in creating the character of those old posters. We wanted to create a retro-future feel, so we didn’t adhere exactly to the period styles, but they definitely informed the design. The Venus poster has a very curvy, flowy font, for example, to evoke a sense of the clouds.