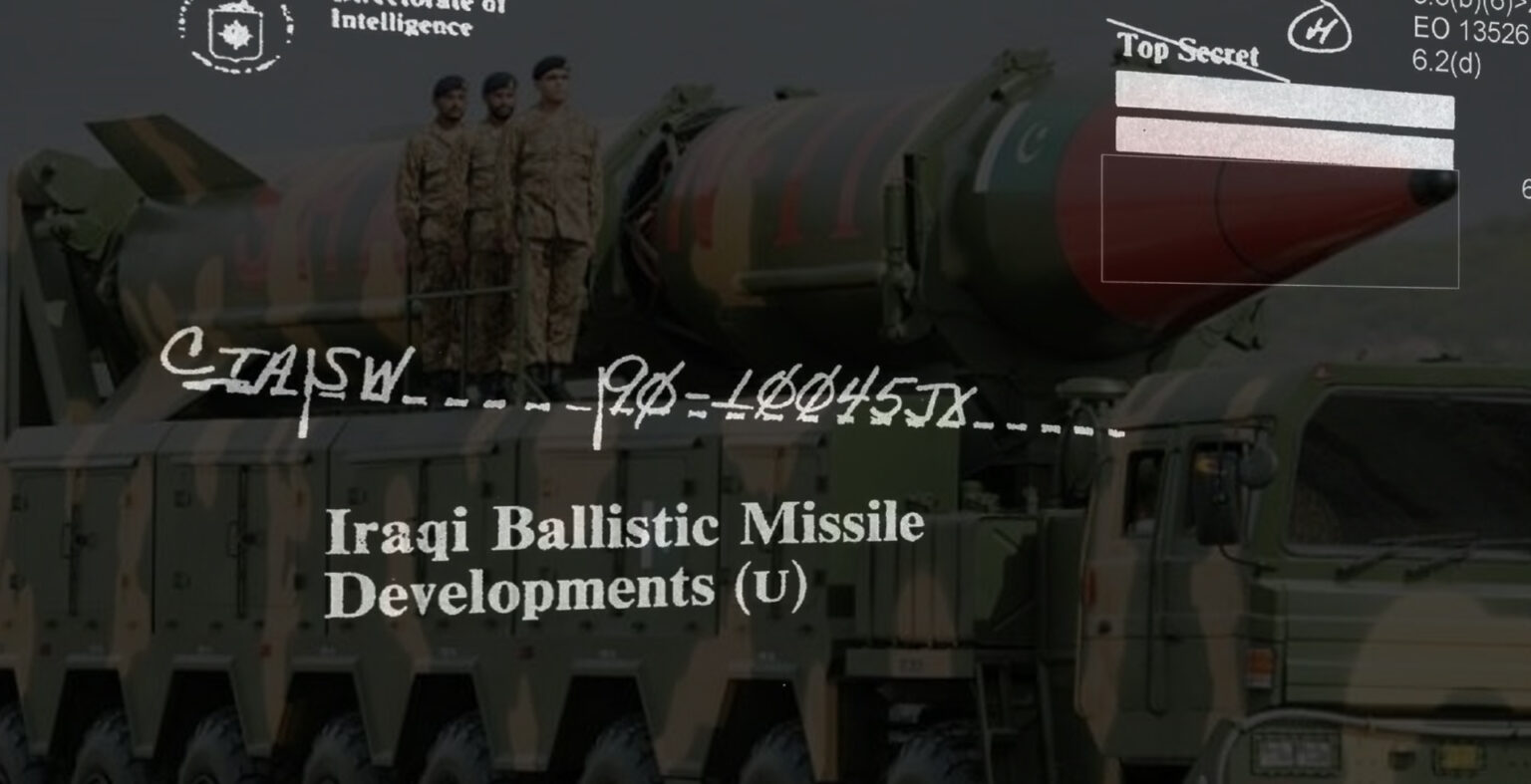 According to the report:

“Iraq has the most aggressive and advanced ballistic missile development program in the Arab world . It already possesses two missiles — Iraqi modified Soviet Scud B’s called the Al Husayn and the Al Abbas – capable of reaching Tel Aviv or Tehran, targets some 600 km away. Seeking an in digenous missile production capability, Iraq also has development well under way of five other missiles capable of greater ranges and payloads.

Foreign assistance is critical to Iraq’s effort. With it , production of one or more of Iraq’s new missiles could possibly begin during the early 1990s. Otherwise, production could be delayed into the mid – to – late 1990s. Iraq realizes this dependence and is working to become self -sufficient and to wean itself from foreign support — including Moscow , its only supplier of Scud B missiles.

Iraq has acquired most of its missile development and production infra structure in less than three years . With West European design and technical assistance, it has built over 70 buildings needed to produce and test major missile components and to develop and produce subcomponents. At the heart of this effort are two extensive construction projects, Project 395 and Sa’ad 16, which include facilities for solid – propellant production, for rocket motor production and testing, for guidance and control systems development and production , and for missile integration . Iraq still depends on foreign suppliers for some raw materials but is pursuing production facilities for these materials in its drive for self -sufficiency . Several government organizations especially the Technical Corps for Special Projects and the Nassr State Enterprise for Mechanical Industries continue to seek additional equipment and materials to support Iraq’s missile program.”

In January of 2019, The Black Vault filed a Mandatory Declassification Review (MDR) request to have the record reviewed for further declassification. Although it was previously released in 2011, it did contain many redactions, so the intent was to get some of those lifted.

The result was a success, as new information was released in August of 2019. The document was added to The Black Vault on December 11, 2020, and below you will also find a “highlighted version” of the newly released material.

Impact and Implications of Chemical Weapons Use in the Iran-Iraq War, April 1988