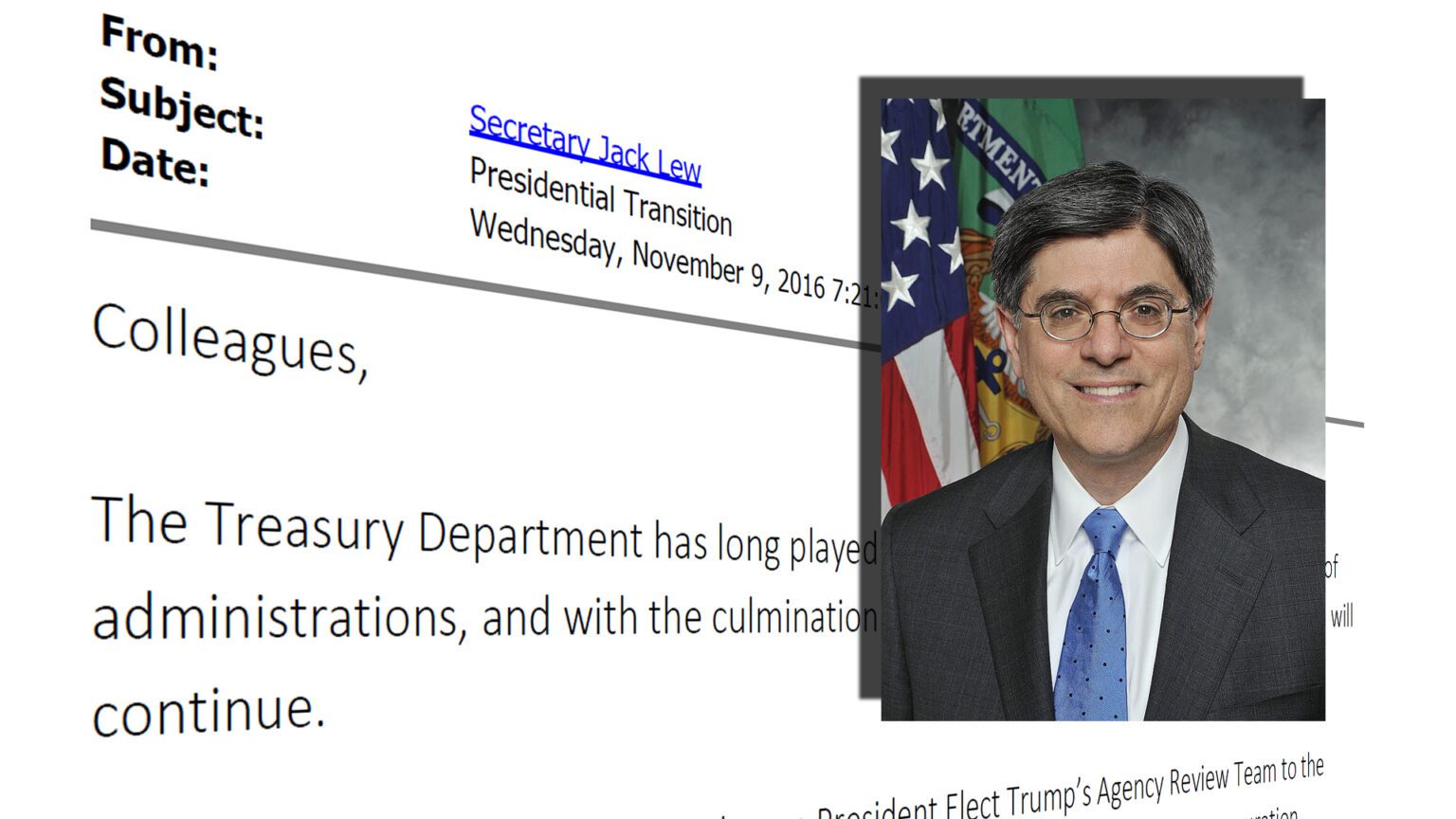 Jacob Joseph Lew (born August 29, 1955) is an American attorney and politician who served as the 76th United States Secretary of the Treasury from 2013 to 2017. A member of the Democratic Party, he also served as the 25th White House Chief of Staff from 2012 to 2013 and Director of the Office of Management and Budget in both the Clinton Administration and Obama Administration.

The 122 pages that were forwarded to the Federal Reserve Bank of New York, but were exempted under FOIA. That denial letter is below: 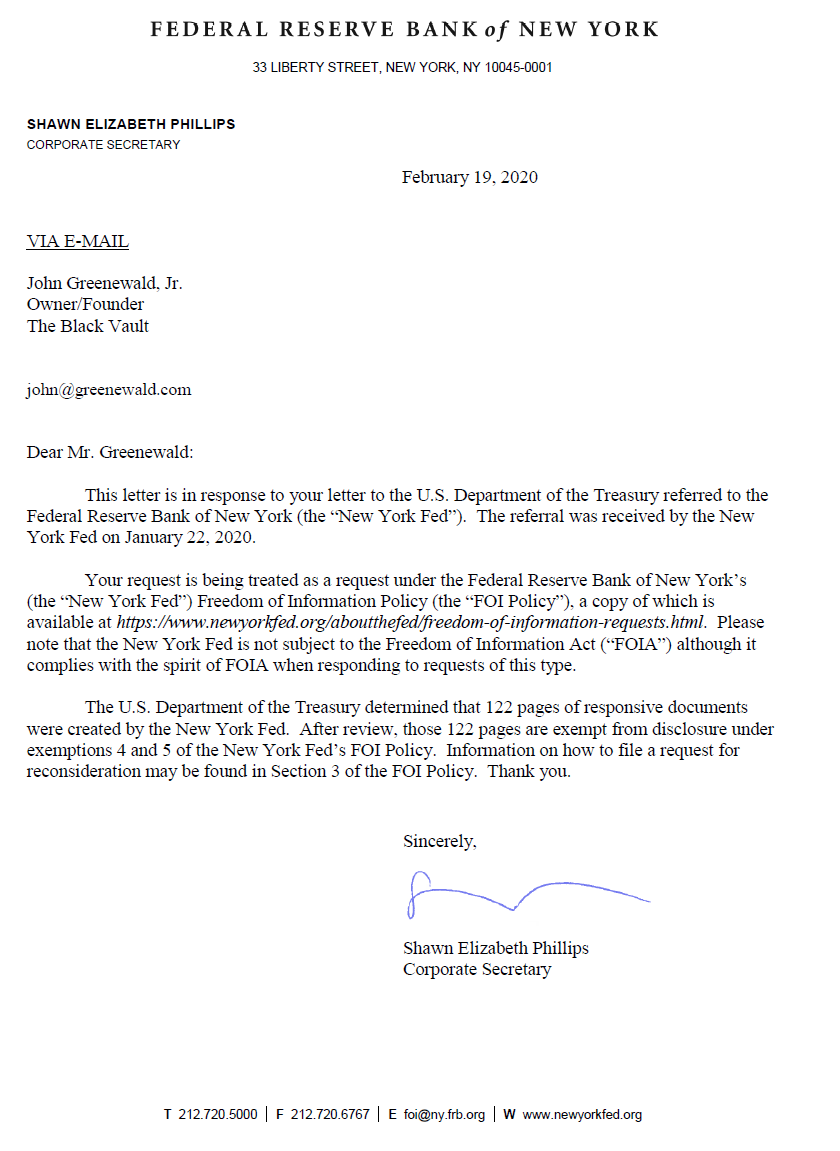