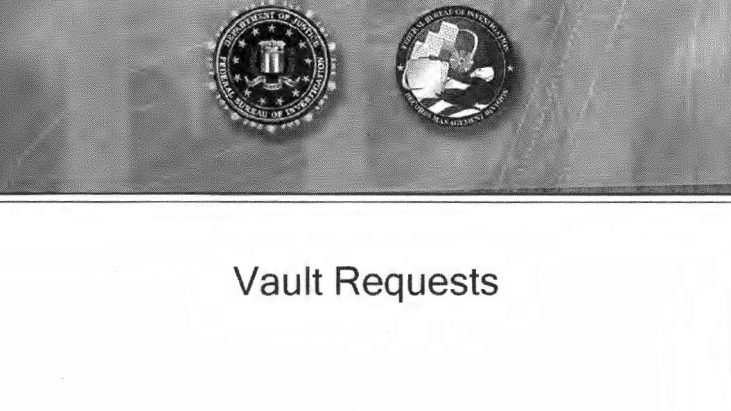 Many years after The Black Vault came into existence, and became known worldwide as an archive to download hundreds of thousands of government documents (including FBI Files), the FBI itself launched a section on their site that housed some FBI Files called, “The Vault.”  Strange coincidence.

On this site, you can download some of the FBI’s most frequently requested records. However, what I have found out, is many times it is not clear that the files being posted are incomplete.

In March of 2017, I filed a FOIA request to see how the FBI determined what they would post in the Vault, and the internal procedures for doing so. Although I did not get exactly what I asked for, I did receive an interesting document on how the FBI processes requests where documents are already in “The Vault.”

Did the Obama Administration Lobby to Kill FOIA/Transparency Reform?