Exploitation of Metallic Fragment from Unidentified Flying Object, 4 May 1966

The following document comes from the UFOs: The Central Intelligence Agency (CIA) Collection. The Black Vault has had it online for 20+ years, and it was brought up on the February 15, 2021, episode of Fade to Black with Jimmy Church when I was being interviewed. I decided to give it it’s own page here to highlight what it is.

This document was obtained by The Black Vault via the Freedom of Information Act (FOIA) in a large collection received from the CIA, as outlined here. It is very hard to read, but clearly talks about a piece of a UFO that was analyzed.

The document states: “The report concludes that the fragment was originally part of an electrical component and was constructed of 0.010-inch thick silicon-steel laminate.” Does this indicate it was manmade? Made from outside Earth? It is unclear.

According to the report, the CIA was unable to determine the “country of origin” as indicated by the top of the report, as it states, “country unidentified.”

As you can tell by the screen shot, the document is hard to read. This, quite possibly, is by design. Out of the entire CIA collection, this record remains at the top of a short list of the more interesting items from it.

The records are tagged with “Poor Original” indicating that the record they are releasing, is the “best copy available.”

Despite the “poor originals” that were sent, there are some other things away from the “unknown country” origin fact that can be deciphered.

First, we can conclude that the report is, in fact, about physical material of some kind, as obtained from a UFO that “fell to Earth” in the Republic of the Congo. It measure 2″ x 2″ x 1″ and it comes from some type of “electrical component.”

Second, we can determine in the “conclusions” section of the report, they felt definitive it was an electrical component of some kind, but there was nothing that could be used to pinpoint the country of origin. They were able to also determine that the surface appearance and “microstructure” of the piece, indicated that it had exposure to high temperatures in excess to, what appears to be, 2800+ degrees F. (Note: It is hard to determine the exact number, but it does indicate a very high temperature.) 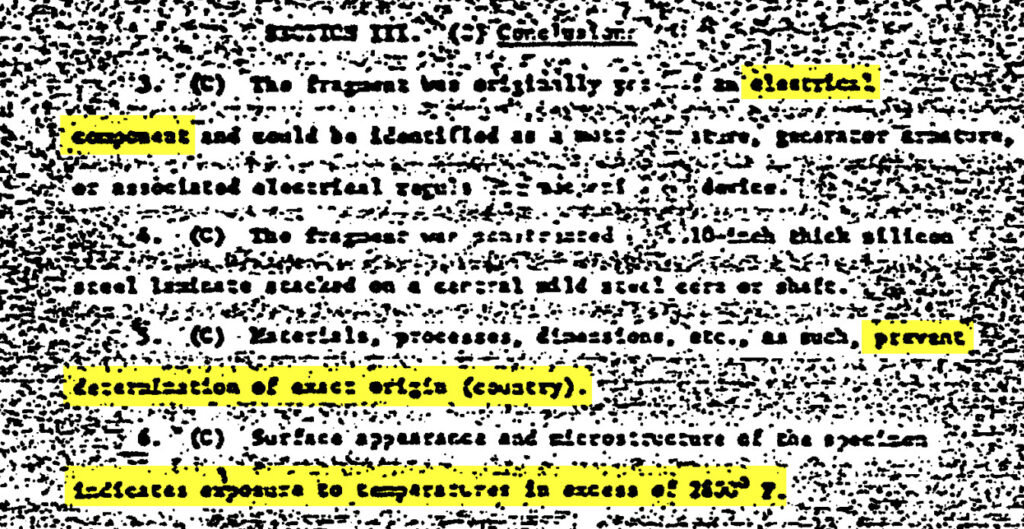 Third, we can also conclude that the CIA analyzed the fragment, and got a chemical composite breakdown of what it was made up of, which includes Carbon, Manganese, Silicon, Nickel, etc. 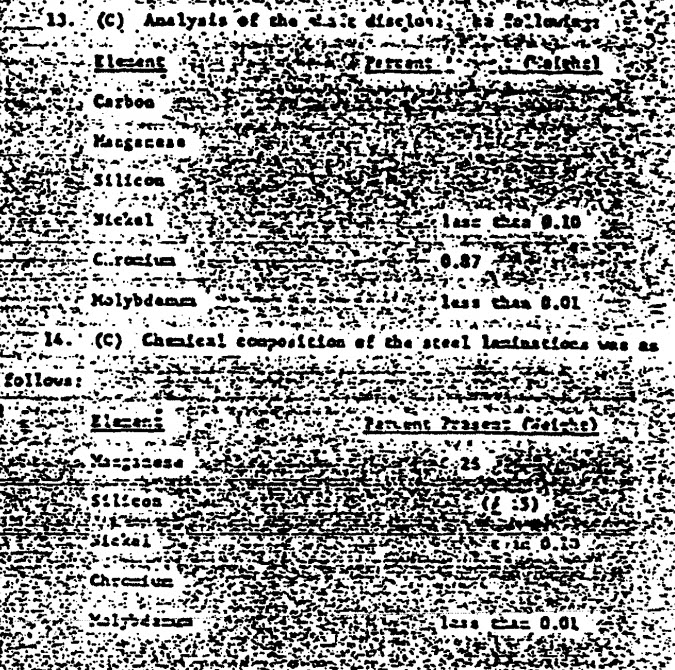 Another fact, is that the CIA had numerous photos of the artifact, whatever it may be. They were included in the report, though, being a “poor original” – it is nearly impossible to make out. However, you can see the measurements, and the “side view” type captions on the photos within the report. 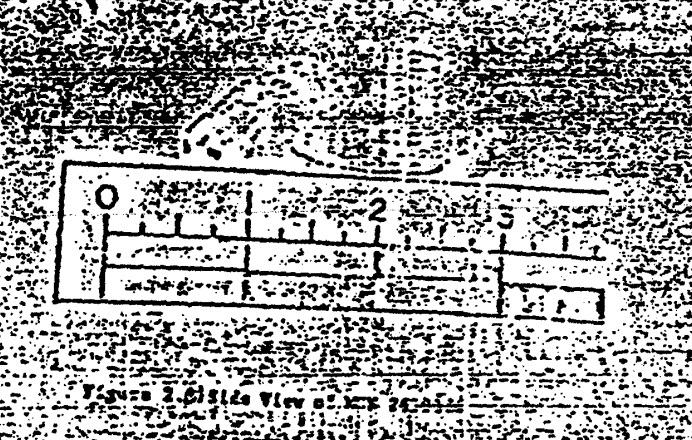 Although the CIA may have simply collected a piece of fallen space debris from a satellite or other type of component from a rocket, the fact remains that they could not identify it fully. At least, that is what it is indicated by the report itself where no country of origin was determined.

This proves that when it comes to UFO artifacts and debris; the U.S. government has it.

WHAT the ACTUAL origin is, alien or otherwise, is another question entirely.

The full document is available below.