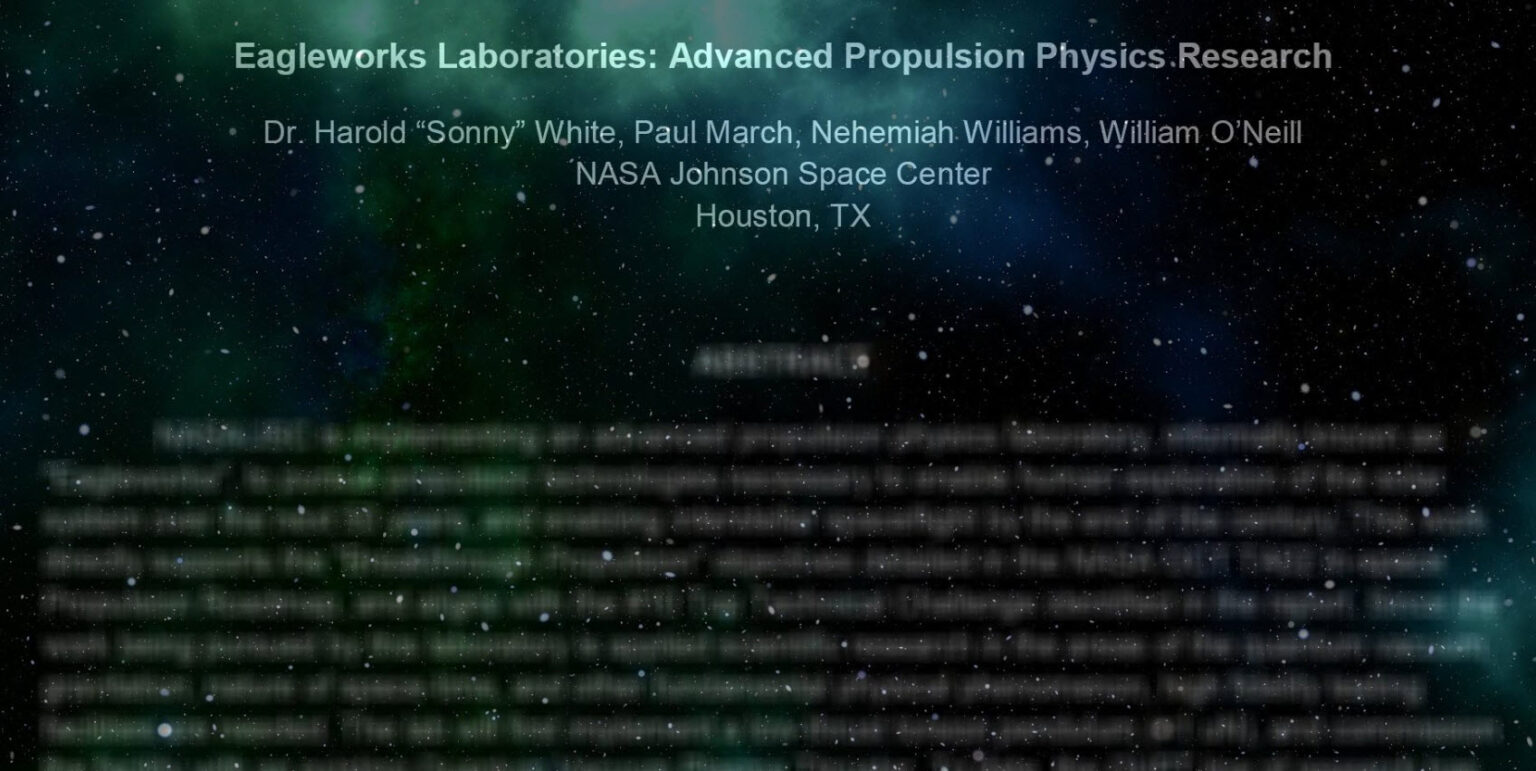 According to this document:

NASA/JSC is implementing an advanced propulsion physics laboratory, informally known as “Eagleworks”, to pursue propulsion technologies necessary to enable human exploration of the solar system over the next 50 years, and enabling interstellar spaceflight by the end of the century. This work directly supports the “Breakthrough Propulsion” objectives detailed in the NASA OCT TA02 In-space Propulsion Roadmap, and aligns with the #10 Top Technical Challenge identified in the report. Since the work being pursued by this laboratory is applied scientific research in the areas of the quantum vacuum, gravitation, nature of space-time, and other fundamental physical phenomenon, high fidelity testing facilities are needed. The lab will first implement a low-thrust torsion pendulum (<1 uN), and commission the facility with an existing Quantum Vacuum Plasma Thruster. To date, the QVPT line of research has produced data suggesting very high specific impulse coupled with high specific force. If the physics and engineering models can be explored and understood in the lab to allow scaling to power levels pertinent for human spaceflight, 400kW SEP human missions to Mars may become a possibility, and at power levels of 2MW, 1-year transit to Neptune may also be possible. Additionally, the lab is implementing a warp field interferometer that will be able to measure spacetime disturbances down to 150nm. Recent work published by White  suggests that it may be possible to engineer spacetime creating conditions similar to what drives the expansion of the cosmos. Although the expected magnitude of the effect would be tiny, it may be a “Chicago pile” moment for this area of physics.