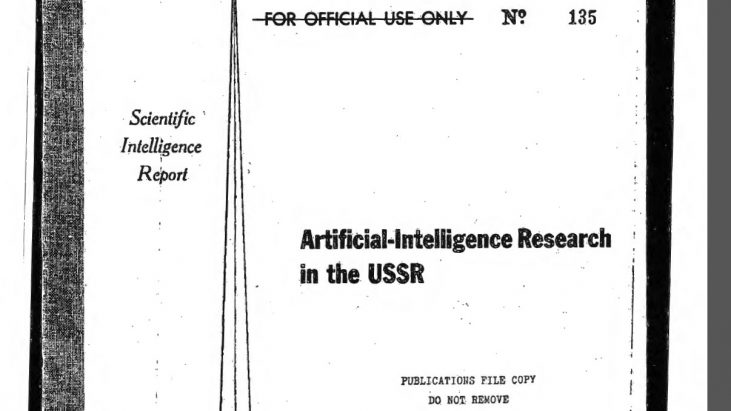 The following documents were obtained under the Freedom of Information Act (FOIA) from the Central Intelligence Agency (CIA). They were requested in November of 2016, and finally released in April of 2018.

They profile the research done by the USSR on Artificial Intelligence in the mid 1960s.

Although this is considered one “document” by the CIA (as indicated by the MORI ID number on the top left of the pages), it does comprise of multiple records regarding USSR Artificial Intelligence research.