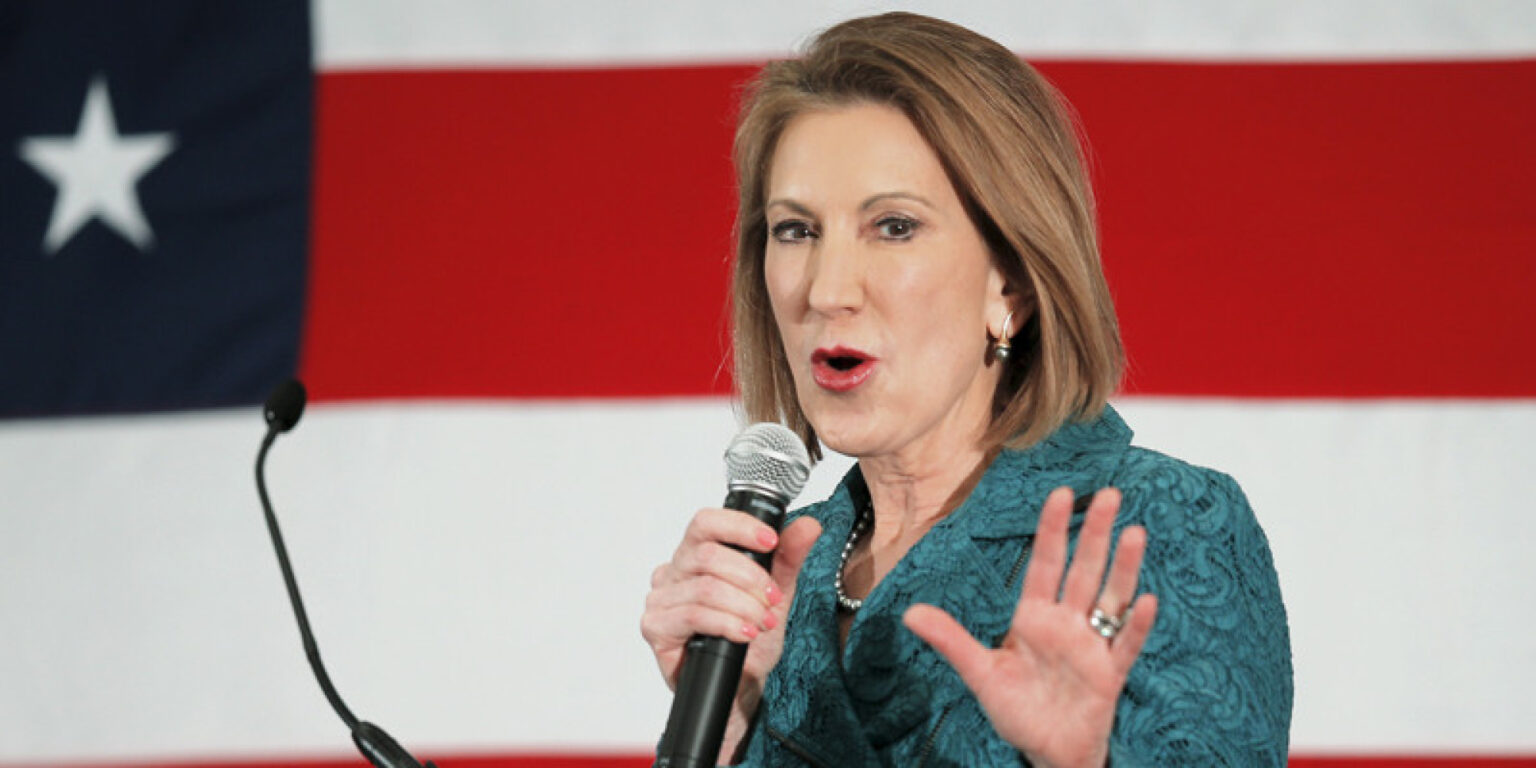 According to the biography of Carly Fiorina on Wikipedia:

In 1980, Fiorina started at AT&T as a management trainee and rose through the ranks to become the company’s first female executive officer. In 1995, Fiorina led corporate operations for AT&T’s equipment and technology spin-off, Lucent Technologies. As chief executive officer of Hewlett-Packard (HP) from 1999 to 2005, she was the first woman to lead a top-20 company as ranked by Fortune magazine.

In 2002, Fiorina oversaw what was then the largest technology sector merger in history, in which HP acquired rival personal computer manufacturer Compaq. The transaction made Hewlett-Packard, the surviving company, the world’s largest seller of PC’s in terms of units sold. During Fiorina’s tenure, HP laid off 30,000 U.S. employees. By 2004, the number of total HP employees around the world was about the same as the pre-merger total of HP and Compaq combined, including roughly 8,000 employees of other companies acquired by HP since 2001 as well as workers overseas. On February 9, 2005, the HP board of directors forced Fiorina to resign as chief executive officer and chair due to declining stock value, disappointing earning reports, disagreements about the company’s performance, and her resistance to transferring authority to division heads at the suggestion of the board.

After leaving HP, Fiorina served on the boards of several organizations. She was an adviser to Republican Senator John McCain’s 2008 presidential campaign. In 2010 she won the Republican nomination for the United States Senate in California, but lost the general election. She currently chairs the non-profit philanthropic organization Good360.

On May 4, 2015, Fiorina announced her candidacy for the Republican nomination 2016 U.S. presidential election.

The below is Mrs. Fiorina’s Financial Disclosure Statement.