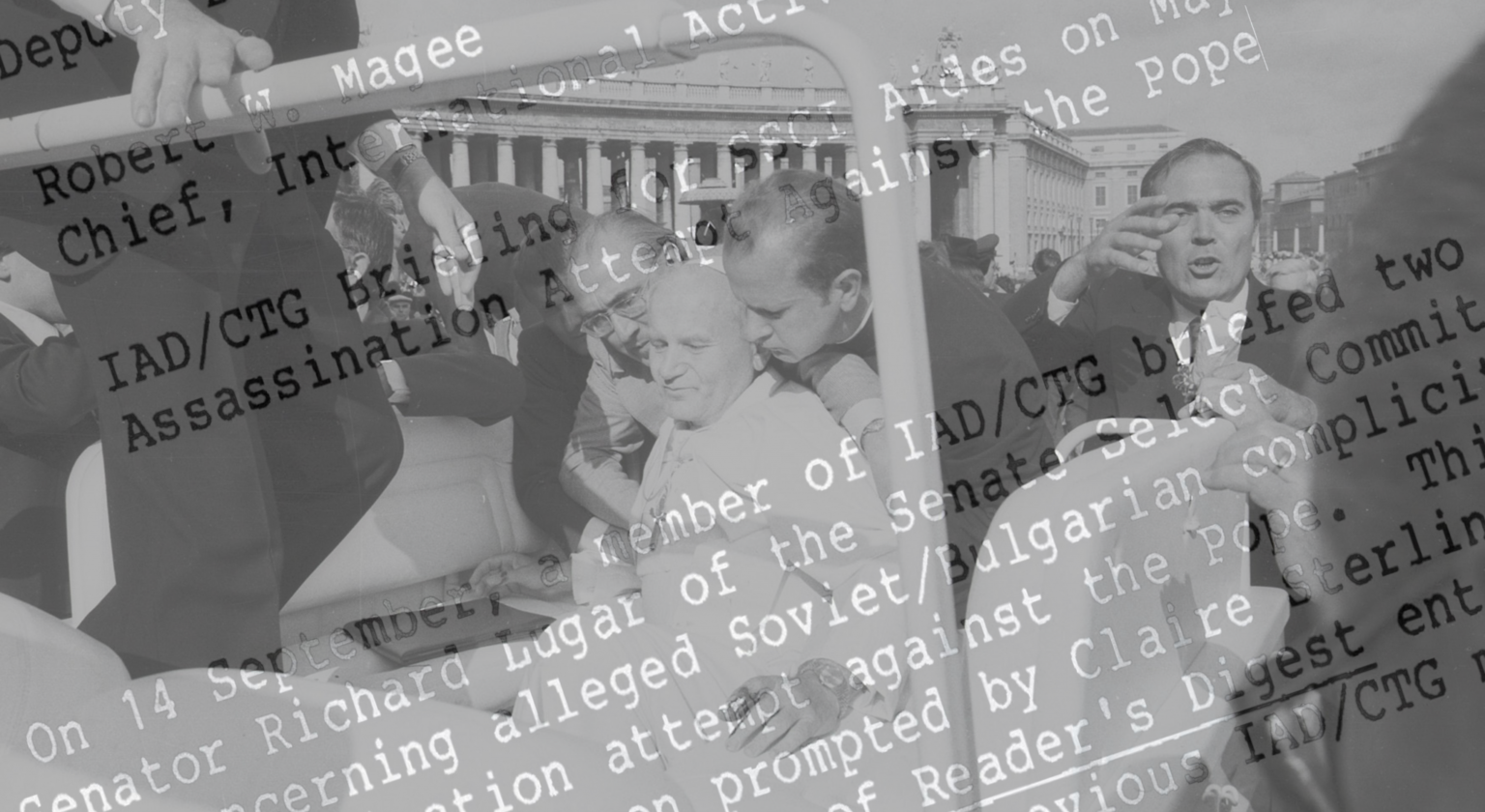 Briefing For SSCI Aides on May 1981 Assassination Attempt Against The Pope (John Paul II), 1981

IAD/CTG Briefing for SSCI Aides on May Assassination Attempt Against the Pope.

The below two page document was requested to have a Mandatory Declassification Review (MDR) by The Black Vault on December 15, 2018. The CIA reviewed and released the record on August 7, 2019, and is available below.

It appears side by side with the originally released document. 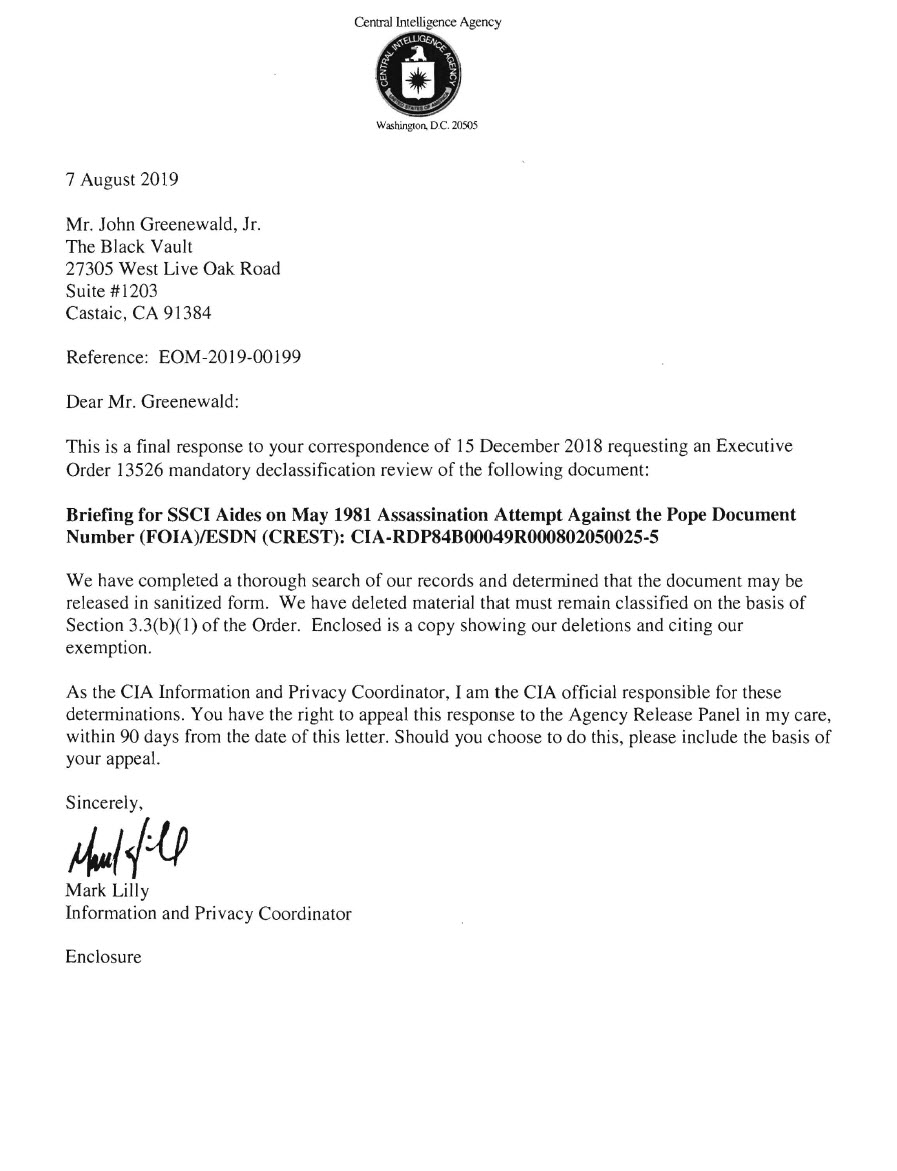