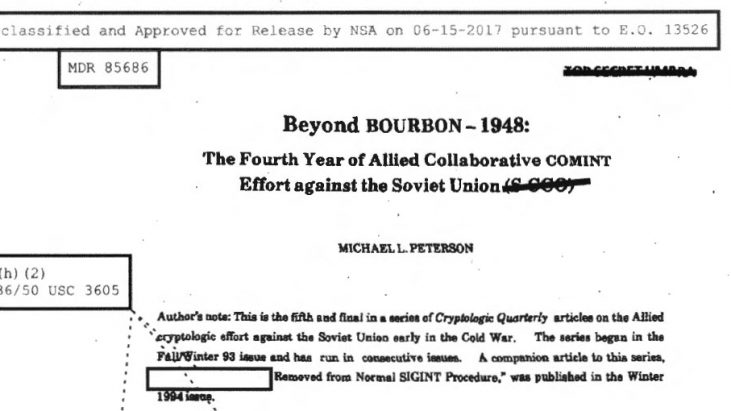 Beyond BOURBON-1948: The Fourth Year of Allied Collaborative COMINT Effort Against the Soviet Union, 1995 (Result of 2017 MDR Request)

The document, “Beyond BOURBON-1948: The Fourth Year of Allied Collaborative COMINT Effort Against the Soviet Union” dated 1995 was first released in approximately 2010. The document had excessive redactions.  After a document has been reviewed, as long as two years have passed, you can request a Mandatory Declassification Review (MDR) to get the document re-reviewed for possible further release. In other words, get redactions lifted.

Oldest Record on File at the National Security Agency (NSA)