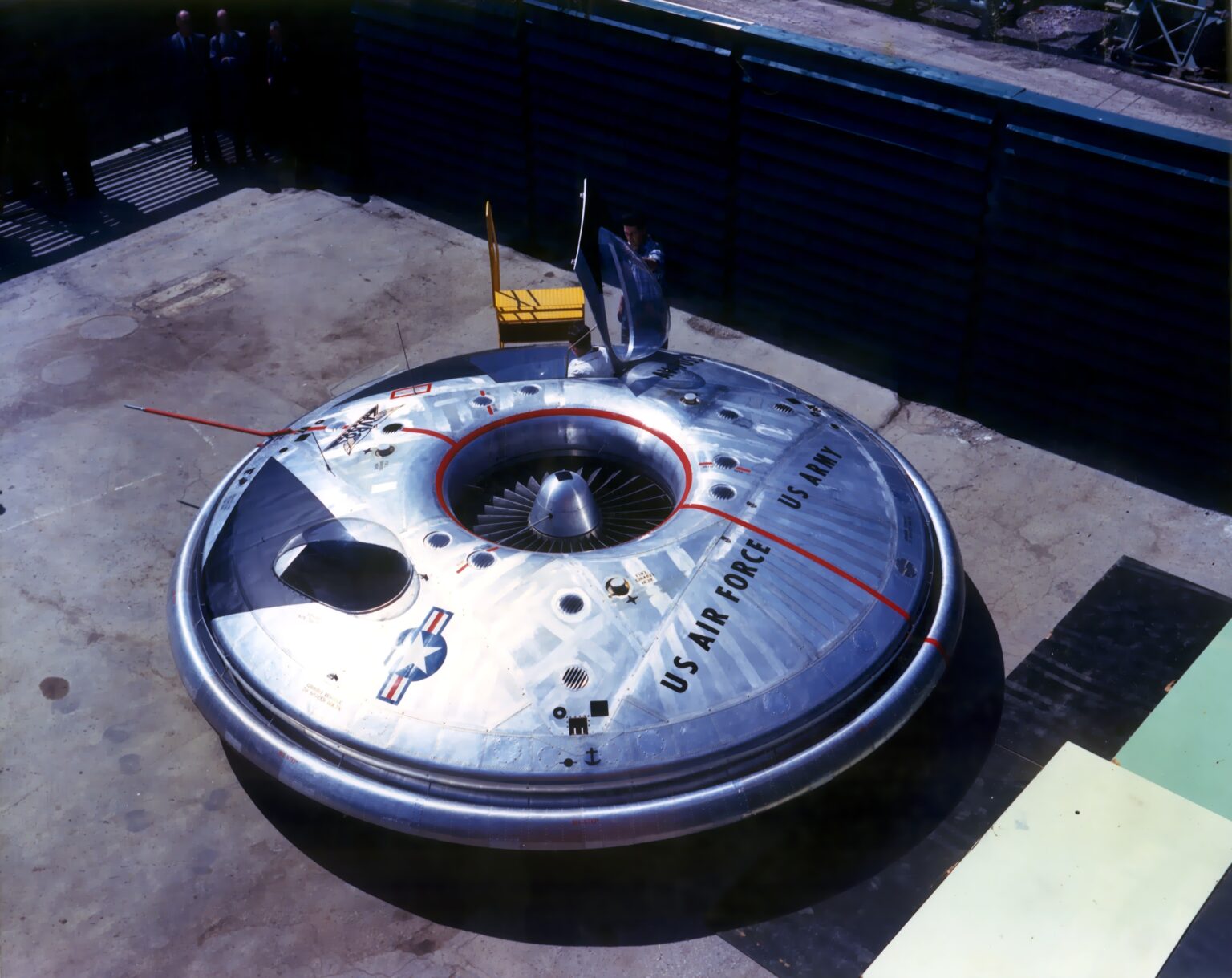 The VZ-9-AV Avrocar (official designation but often listed as VZ-9) was a Canadian VTOL aircraft developed by Avro Aircraft Ltd. as part of a secret U.S. military project carried out in the early years of the Cold War.

The Avrocar intended to exploit the Coandă effect to provide lift and thrust from a single “turborotor” blowing exhaust out the rim of the disk-shaped aircraft to provide anticipated VTOL-like performance. In the air, it would have resembled a flying saucer.

Two prototypes were built as “proof-of-concept” test vehicles for a more advanced USAF fighter and also for a U.S. Army tactical combat aircraft requirement. In flight testing, the Avrocar proved to have unresolved thrust and stability problems that limited it to a degraded, low-performance flight envelope; subsequently, the project was cancelled in 1961.

Analysis of Tests of the Avrocar in the NASA 40 x 80ft Wind Tunnel, Ames Research Center, February 1961 [298 Pages, 187MB] – An analysis is presented of some aspects of the full scale wind tunnel tests of the Avrocar vehicle. Methods used to analyze force and pressure data are formulated and results are compared with theory and small scale model tests. Aerodynamically, the performance demonstrated by the first Avrocar vehicle in its initial configuration was disappointing in that a low lift curve slop, a large nose-up pitching moment and insufficient jet vectoring capability precluded flight in free air and in the ground cushion above about 35 mph. Modifications to the aircraft based on these and other test results have been made, the major change being in the redesign of the trailing edge region where a rearwardfacing nozzle, containing a pitch control vane to provide adequate jet vectoring control, has been incorporated. The jet flap effect thus obtained is expected to allow flight in free-air as well as at higher speeds in the ground cushion.

History of the Air Force Flight Test Center, Edwards Air Force Base, California, 1 January – 30 June 1961 [4 Pages, 1.69mb] – This is a partial release of this document, which includes only the portion on the Avrocar and the title page.