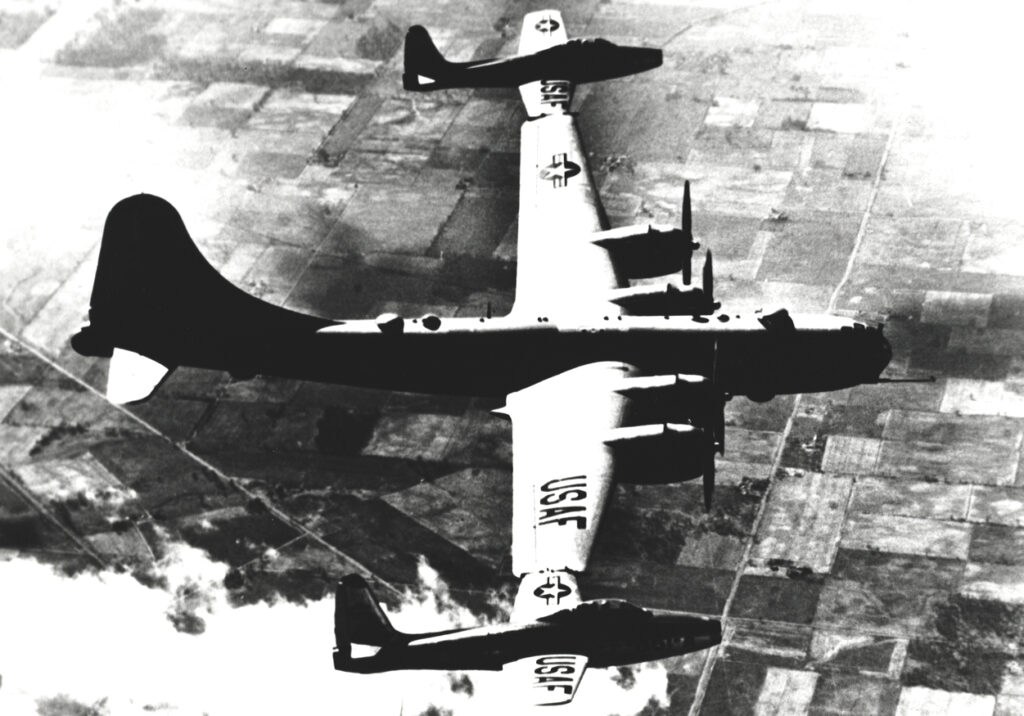 Prior to developing inflight refueling for fighter aircraft, the U.S. Air Force experimented with projects such as Tip-Tow, which investigated the towing of aircraft like these two F-84s by bombers such as the B-29. (U.S. Air Force historical photo)
Aircraft / Air Force History

A parasite aircraft is an aircraft which is carried, and air launched by, a mother ship aircraft.

Below, you will find related documents and programs.

The FICON (Fighter Conveyor) program was conducted by the United States Air Force in the 1950s to test the feasibility of a B-36 Peacemaker bomber carrying an F-84 parasite fighter in its bomb bay.

In parallel, a similar configuration, called Tom-Tom, was being developed using an RB-36F previously used in the early FICON trials and two RF-84F (serial numbers 51-1848 and 51-1849). The aircraft were attached wingtip-to-wingtip using articulated arms and clamps. Although several successful hookups were performed in 1953, turbulence and vortices continued to present a major problem. In late 1953, an RF-84F was actually torn away from the RB-36. All aircraft landed safely but the concept was deemed too dangerous. Developments in the area of inflight refueling at the time promised a much safer way of extending the range of the fighters and Project Tom-Tom was cancelled.