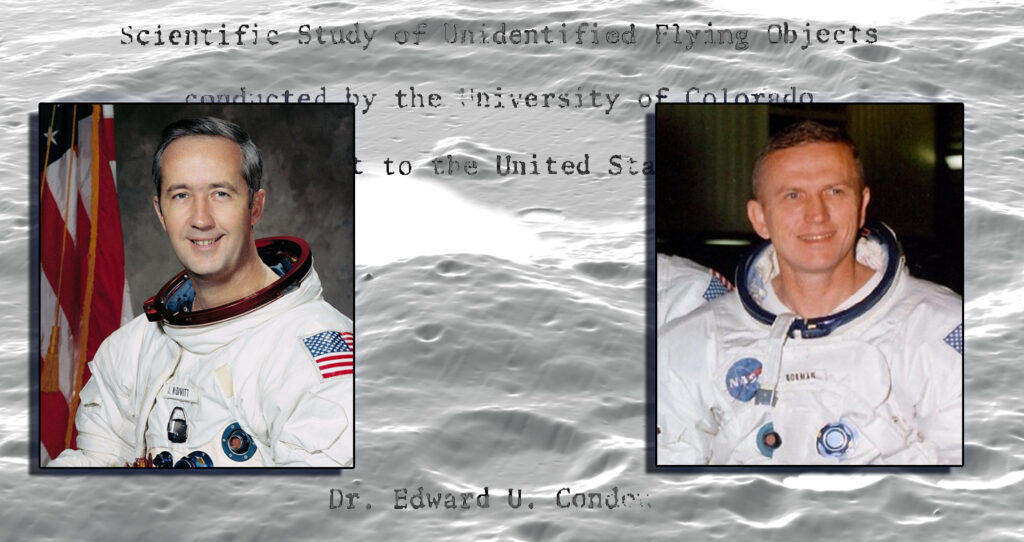 The report has always been unclassified, and is now distributed online by the U.S. government primarily through the Defense Technical Information Center (DTIC), that is, if you know to look there. The Black Vault added what was believed to be the full report in 2018 after a FOIA request yielded the three volume study, however, seventy pages were mysteriously missing from the “complete” copy.

An attempt to gain access to the missing pages from DTIC failed, as it appeared the original document as scanned by that agency, did not have the pages within it.

It should be noted — online copies of the Condon report do exist, primarily in text form, and the missing pages are in most of them. So, it is not like the absent sections were not within the public domain already. However, the removal by the government in their copy remains a mystery.

To find online copies of the Condon report outside of U.S. government channels, you just needed to look in some obscure places, as it appears only six full copies in text form exist online (source: Google, see screen shot). Those text versions seem to all stem from a copy created by the “National Capital Area Skeptics” more than twenty years ago, after working directly with the University of Colorado to generate it.

Despite the text versions available online, original copies disseminated by DTIC remain incomplete, as of the writing of this article.

The Hunt For The Records

The Black Vault began its search for the ORIGINAL pages in December of 2019. The most logical place to look, was the University of Colorado where the study took place. However, e-mails and voicemails were un-returned. Fast forward to June of 2020, and a complete copy with the missing pages was discovered within the archive of the National Technical Information Service (NTIS), an agency under the Department of Commerce that started originally after World War II. According to their mission statement, they “provide the support and structure that helps our partners securely store, analyze, sort, and aggregate data in new ways.” They have a large database of technical reports, which for decades remained behind a paywall, but now seems to be open to the public.

Hidden within, is the complete Condon Committee report; a full scan of one of the original report with the missing seventy pages attached. And sure enough, the missing pages prove to be some of the most interesting. Within Chapter 6, three astronaut UFO sightings are referenced as having no explanation.

The complete set of just the missing pages are as follows:

The Condon Committee report stated that the three sightings by astronauts James McDivitt and Frank Borman, on Gemini missions 4 and 7, were a mystery, and had no adequate explanation.

The report outlined the “cylindrical object with protuberance” that McDivitt saw on Gemini 4. It even stated that there was film footage of the unknown object which was taken by NASA for four days. When NASA released “three or four” pictures, McDivitt stated that they were not of the object he had seen. Then, it appears McDivitt settled that the photos were just skewed by being blown up (magnified) and the object was “probably an unmanned satellite.”

However, the Condon Committee could not pinpoint what satellite it was. NORAD had submitted a list of possibilities, and they settled on the Pegasus B which was 1,200 miles away. The Condon Committee concluded based on the description that it was not a match, and the sighting remained a mystery.

Also profiled in the report was a sighting on Gemini 7. On this mission, there was a sighting of what they referred to as a “bogey.” When Capcom tried to determine if it was the booster, Borman confirmed he also had the booster in sight.

Whatever the “bogey” was; it was unidentified.

The section on UFOs and astronauts concluded with the following:

“The three unexplained sightings which have been gleaned from a great mass of reports are a challenge to the analyst. Especially puzzling is the first one on the list, the daytime sighting of an object showing details such as arms (antennas?) protruding from a body having a noticeable angular extension. If the NORAD listing of objects near the GT-4 spacecraft at the time of the sighting is complete as it presumably is, we shall have to find a rational explanation or, alternatively, keep it on our list of unidentifieds.”

The meta data, or hidden information within certain files, was reviewed for the Condon report files. The Black Vault compared the NTIS version (complete) with the DTIC version (incomplete).

Regardless of how the missing pages ended up, well, missing; the “why” they disappeared remains a mystery. One, two, even a few pages missing from a near fifteen hundred page document may happen, especially one that is a half of a century old, and likely that would just be human error.

However, to remove a batch of seventy pages, from within the document, is likely intentional. Again, the question is why?

We may never know the real answer. As online copies do exist in a few places, it is not like the pages were completely hidden from the general public. However, UFO documents have a tendency to go missing within U.S. government and military agencies.

It may be that whomever decided that DTIC would be the main dissemination point for the record, thought that no one would notice 70 pages missing in the document. Therefore, for years, it was disseminated as a complete document, minus what they did not want to general public to highlight.

Or, quite possibly, it is all just a coincidence.