On February 23, 2021, The Drive’s WarZone broke a story about a UFO encounter on February 21, which involved American Airlines Flight 2292 and an encounter with a “cylindrical-shaped” object moving at a high speed.

According to articles written by Tyler Rogoway:

“American Airlines Flight 2292, an Airbus A320 flying between Cincinnati and Phoenix on February 21st, 2021, had a bizarre close encounter with what its crew described as a “long cylindrical object that almost looked like a cruise missile” moving extremely fast over the top of their aircraft as it cruised along at 36,000 feet and 400 knots. The incident occurred over the remote northeast corner of New Mexico, to the west of the tiny town of Des Moines.”

“Less than 48 hours after our initial reporting on an outright strange incident involving American Airlines Flight 2292 as it flew at 36,000 feet over the northeastern corner of New Mexico on February 21st, 2021, we have confirmation that the event in question did indeed occur and that it is being investigated by the FBI. The incident involved pilots of the Airbus A320 being buzzed by an unidentified cylindrical-shaped object moving at high-speed, which resulted in them querying the FAA’s Albuquerque Air Route Traffic Control Center.”

The Black Vault filed numerous FOIA requests, including ones to the FBI and to the FAA, based on the above reporting.

On July 22, 2021, the FAA sent The Black Vault records pertaining to the above flight. Interestingly, some of the responsive records found were the property of the Department of Defense (DoD).

The number of records is unknown that will be reviewed by the DoD, but the FAA did release a small number of their own.

Despite American Airlines recommending to The WarZone to contact the FBI for more information; the FBI told The Black Vault in a FOIA response dated March 2, 2021, that they were unable to find any records relating to the event. 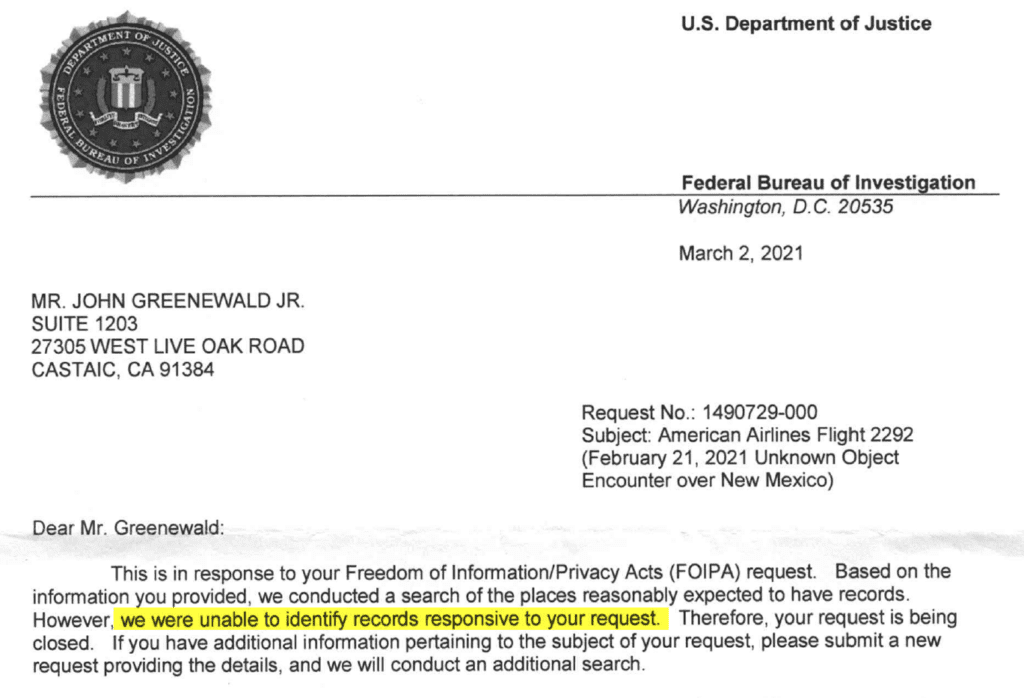 In addition, a request was filed with the FAA. In this case, as responded to on June 21, the FAA refuses to confirm or deny whether records exist on the event. Their letter is below.

Both requests mentioned here have been appealed by The Black Vault, and this page will be updated once something becomes available. 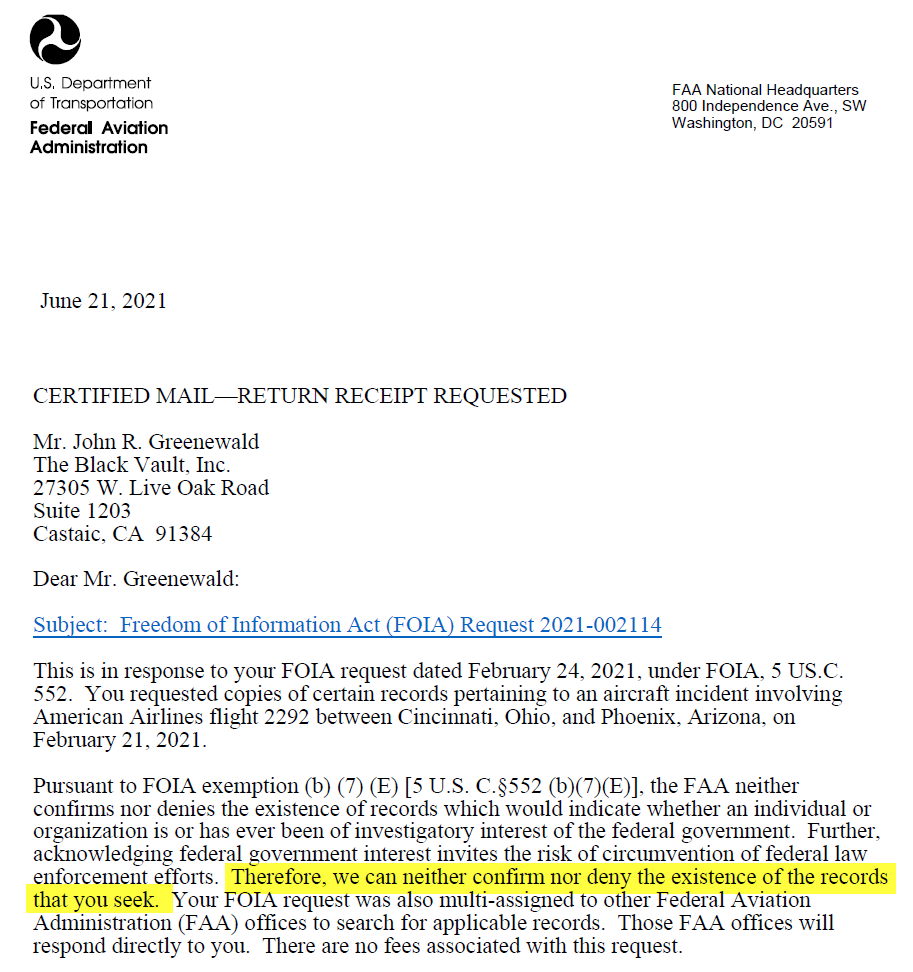 ** It should be noted that per the FAA’s response above, the request was sent to other offices within the FAA which are still being processed. However, the likelihood of a different response as indicated from FAA HQ above is unlikely.

After the above article was published, it came to The Black Vault’s attention that another FOIA request, William Puckett, received information from the FBI on this case. Despite the response given to The Black Vault above, there were responsive records. This is outlined at the video above, and the documents are archived here: