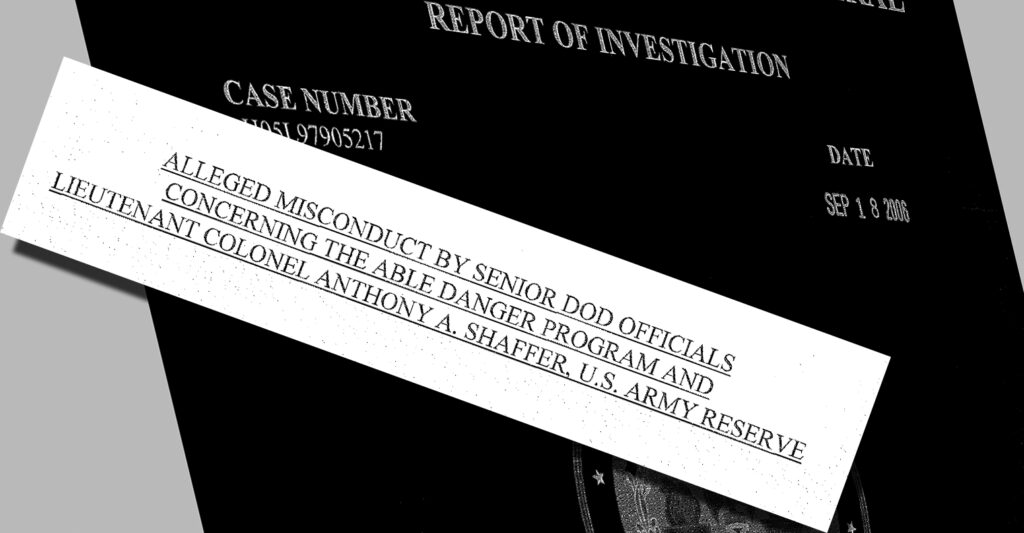 This report provides the results of an investigation into allegations that DoD officials mismanaged an antiterrorist program known as “Able Danger,” and that in doing so they reprised against a key proponent of Able Danger, Lieutenant Colonel (LTC) Anthony A. Shaffer, a member of the U.S. Army Reserve who holds a civilian position in the Defense Intelligence Agency (DIA).

Alleged Misconduct By Senior DoD Officials Concerning The Able Danger Program and Lieutenant Colonel Anthony A. Shaffer, U.S. Army Reserve, September 18, 2006 [73 Pages, 6MB] – (Note: Documents were requested on ABLE DANGER from DIA. They sent this DoD/OIG report link, so I combined their letter with that report.)