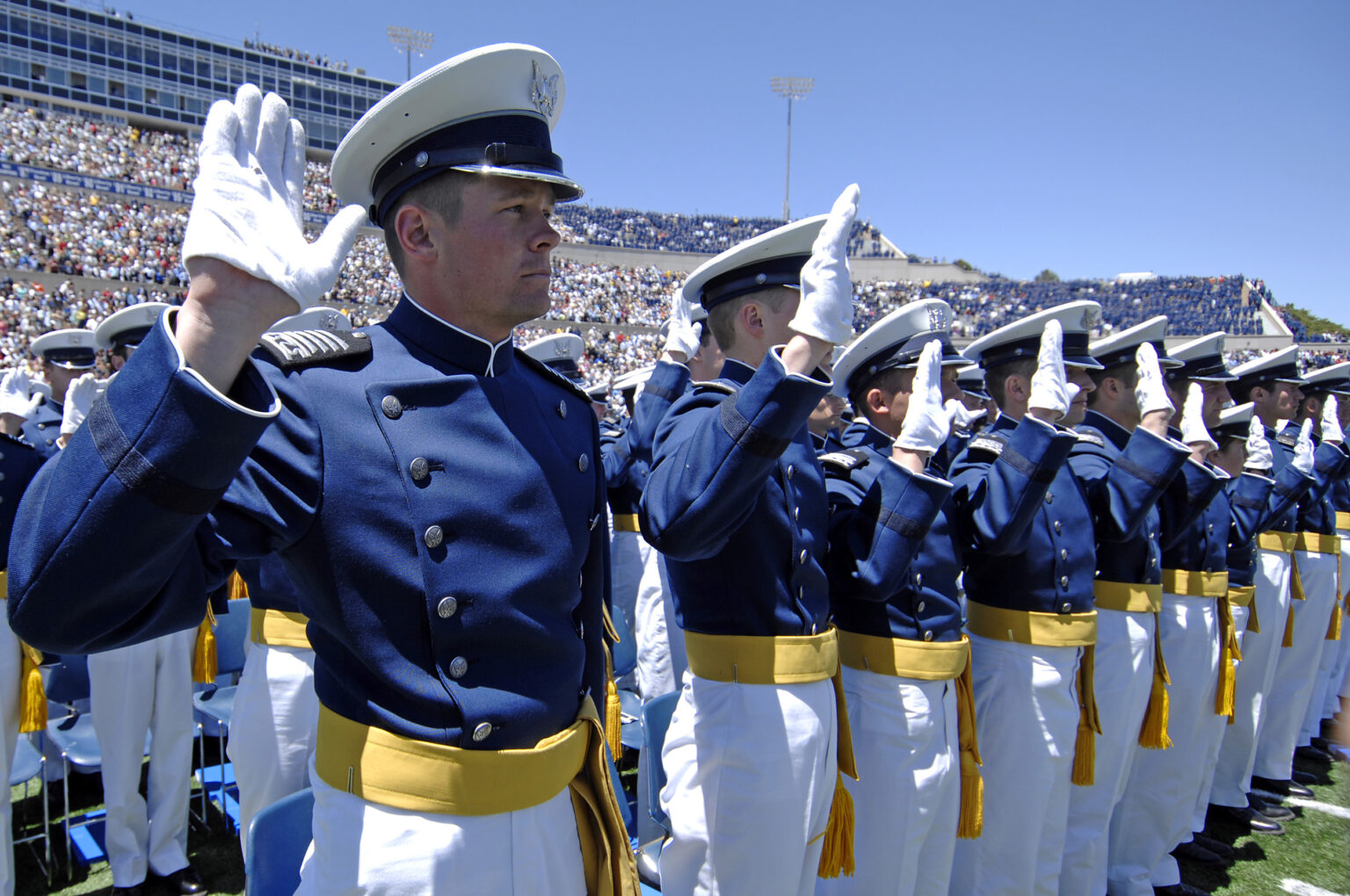 Cadet Bradley Dewees recites the oath of office along with his fellow U.S. Air Force Academy cadets on his way to becoming a second lieutenant during the graduation ceremony May 27 in Falcon Stadium. Lieutenant Dewees was the top graduate in the Class of 2009. (U.S. Air Force photo/Dennis Rogers)
Controversies

On October 25th, 2013, the Associated Press (AP) issued the following release about a change to the United States Air Force Academy’s “Honor Oath”:

Air Force Academy cadets are no longer required to say “so help me God” at the end of the Honor Oath, school officials said Friday. The decision came after a complaint from the Military Religious Freedom Foundation, an advocacy group, that the words violated the constitutional concept of religious freedom. The oath states: “We will not lie, steal or cheat, nor tolerate among us anyone who does. Furthermore, I resolve to do my duty and to live honorably, so help me God.” Cadets must take the oath once, when they formally enter the school as freshmen after boot camp, an academy spokesman said.

Shortly thereafter, I requested under the Freedom of Information Act (FOIA) all records that pertain to this change, correspondence relating to the words “so help me God” being removed, etc.

It took over a year, but hundreds of pages were released in response to my FOIA request.  Below, you will find the archive of documents, with some highlights.