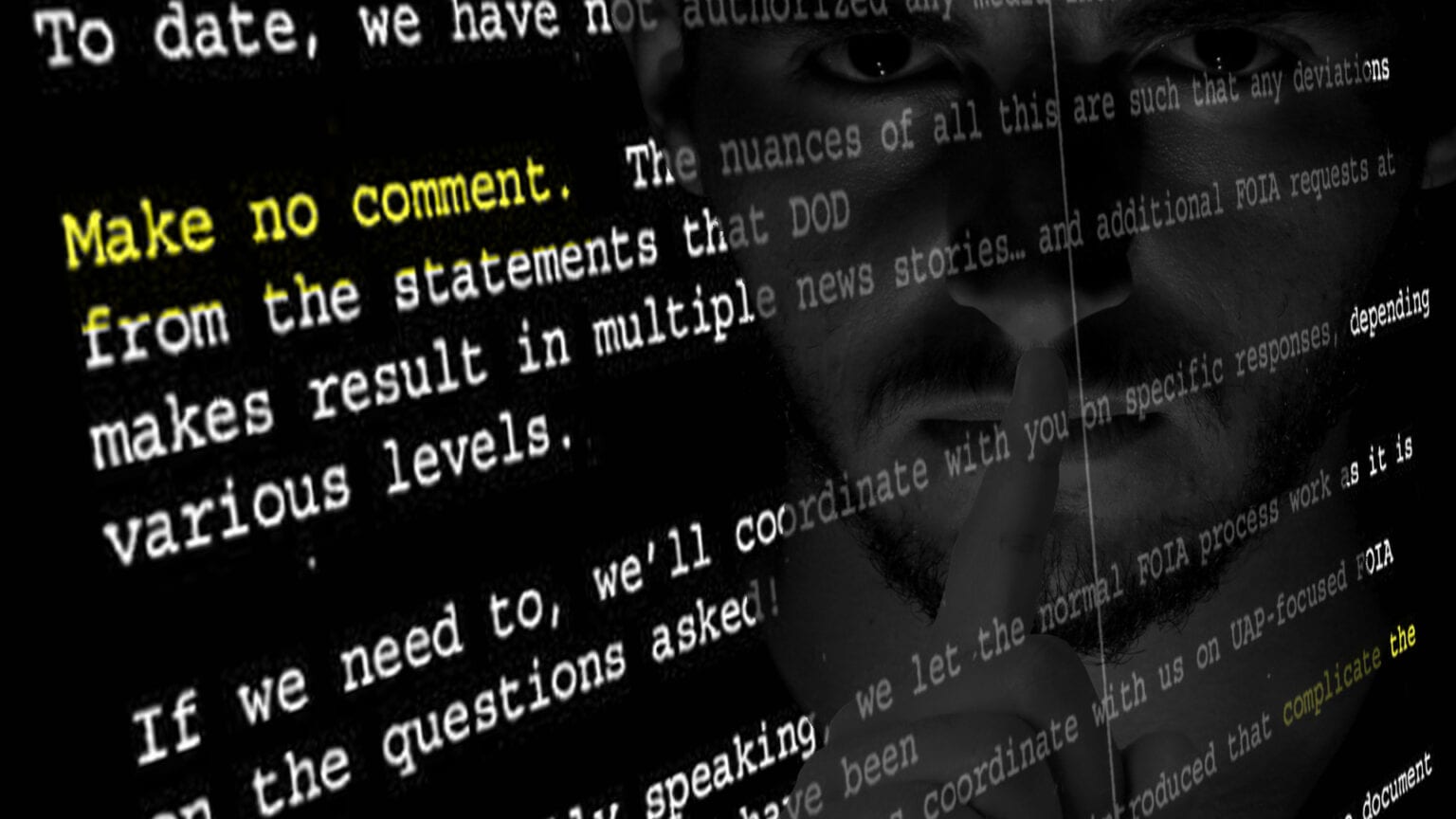 The Freedom of Information Act (FOIA). At the root, the FOIA truly is a remarkable thing. It gives the right to anyone the ability to request information from the United States government, and in many cases, actually receive what they requested. Although utilizing the act proves to be quite the challenge, and there is a lot of room for record requests to be denied, it allows the people to hold the U.S. government and military accountable. Above all else, it offers a window into a shadowed past marred by secrecy and deceit, and it allows every day people to reveal secrets that no one in the public realm has ever heard before. It’s a powerful tool, and one The Black Vault is built upon.

But should the FOIA process be “controlled” by those more concerned with optics, rather than Freedom of Information? Should the Public Affairs office of an agency invade the FOIA office of the same, in an attempt to control the release of information? Such a scenario may seem like a clear intrusion on the rights afforded to the public by the law, but a newly released document obtained via the FOIA reveals that at least with one topic, they are doing just that.

The topic? Unidentified Aerial Phenomena (UAP) or more commonly referred to as UFOs.

The record was obtained by Marc Cecotti, a FOIA researcher who blogs about his experience at his site called The Parallax. It was one e-mail out of a string released, as obtained from the Naval Safety Center (NAVSAFECEN) and the Office of the Secretary of Defense (OSD). The e-mail was sent on July 10, 2020, in response to internal banter about a media enquiry.

Written by retired Navy Captain Joseph Gradisher, who now serves as the Deputy Chief of Naval Operations for Information Warfare (OPNAV N2/N6), the e-mail reveals that the public affairs office of the Department of Defense (DOD) is operating as a last set of eyes to oversee FOIA releases about UAPs.

“Also, generally speaking, we let the normal FOIA process work as it is supposed to but we have been requesting that FOIA offices coordinate with us on UAP-focused FOIA responses before they hit ‘reply’ so that new terms/language/etc. aren’t introduced that complicate the overall messaging efforts.”

The question then arises, what messaging effort is underway that needs to be controlled? If the true spirit of the FREEDOM OF INFORMATION Act is being upheld, wouldn’t the truth be the only only message that has an effort behind it?

The e-mail received by Cecotti reveals an interesting debate. On one hand, it’s not surprising, as the mere job of a public affairs office is to control a message. But on the other hand, it intrudes on the root of why the general public has a freedom of information. The truth in this process should be the only “messaging effort” any government employee should worry about.

After all, that is the true spirit of why the FOIA was enacted in the first place back on July 4, 1967. So why do UFOs get a seeming special treatment with public affairs oversight?

Note: The other great revelation with the e-mail is the admission that a “Security Classification Guide” or SCG exists for the UAP topic. On a hunch, The Black Vault filed for this very document back in January of 2021, and requests for the SCG remain open to both the Navy and OSD. The Black Vault will publish those findings when the FOIA request is responded to.