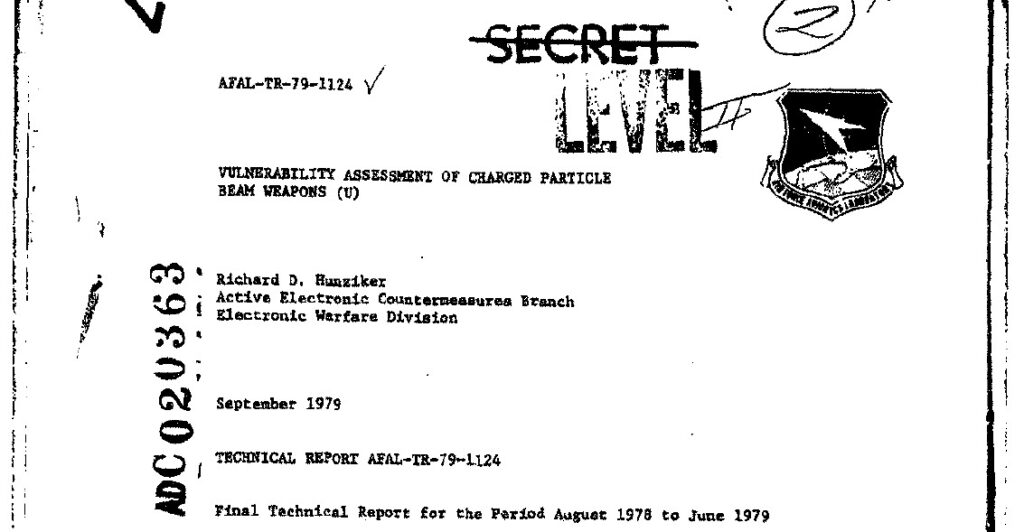 This document was discovered as a reference in another government records. I then filed a FOIA request for the report, and it took more than 5 years to track down the office that had it. It has now been reviewed and released to The Black Vault. You can download it below.

The objective of this analysis is to define and assess the vulnerabilities that might exist in prospective Soviet Charged Particle Beam Weapon (CPBW) systems.

A secondary objective of this effort is to provide US designers and builders of such weapon systems with an insight into vulnerabilities that might exist in our own systems – thereby to facilitate the incorporation of counter-countermeasure techniques in our systems to probably “hardened” them against attack from early generation Soviet CPBW countermeasures.