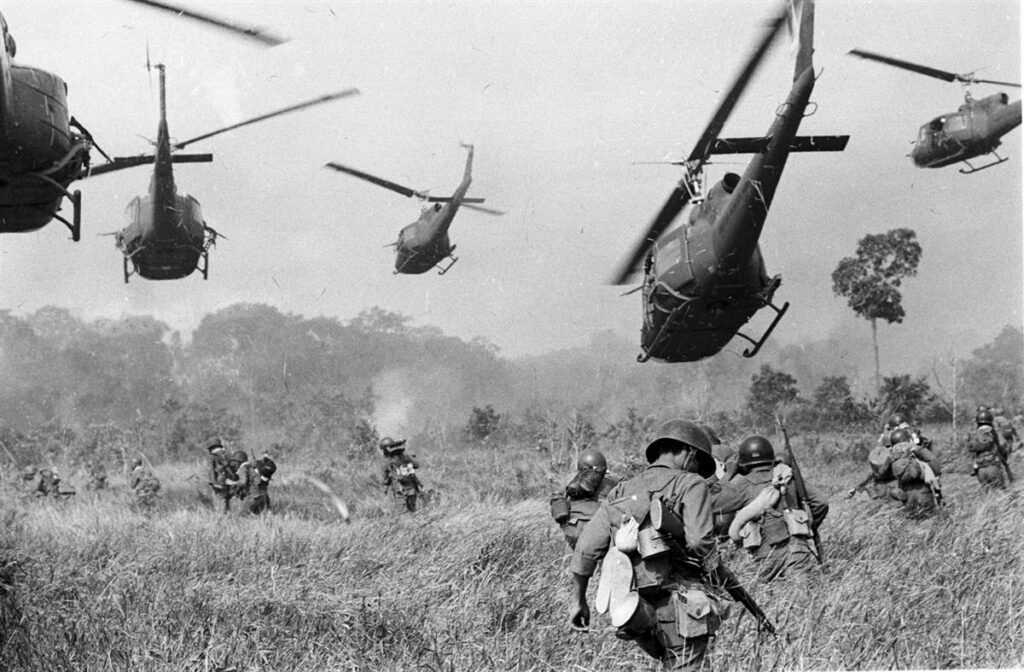 During and after the war, the United States intelligence community focused their attention on gathering as much information as possible.  Below, you will find declassified reports related to Vietnam.

A Study of Strategic Lessons Learned in Vietnam. Volume I. The Enemy [670 Pages, 33mb] – The chapters of this volume describe several key insights concerning the Communist Vietnamese in the period 1945-1975. These insights relate to decisions that were made and events that occurred, from which can be derived lessons concerning the Vietnam War. By their very nature, insights are specifically focused on the people, places, and historical events associated with Southeast Asia in general and, in this volume, particularly with the Communist Vietnamese. Lessons, on the other hand, must have a more general application if they are to be of value in the future. The lessons from Vietnam are not new to warfare. In the main they are lessons from earlier conflicts that were forgotten, misunderstood, or misapplied. Not surprisingly, however, a few lessons were applied properly. Because lessons are general in nature they usually appear to be platitudes. So, too, do the principles of war or the observation of von Clausewitz, or Napoleon, or Sun Tzu. This executive summary sets forth some insights and lessons that emerge solely from this volume — The Enemy.

A Study of Strategic Lessons Learned in Vietnam. Volume II. South Vietnam [385 Pages, 30mb] – This volume is concerned with the Republic of Vietnam (RVN), focusing primarily on the society, the government and its armed forces. The long subjugation of the Vietnamese population by the Chinese and the French, and the periods of relative independence, have exerted manifold influences on the society, the government and the military. The chapters of this volume each examine a specific aspect of South Vietnam to provide an understanding of the environment, people, and government and the factors that contributed to the collapse of the Republic. The following topics are examined: The societal structure and significant differences between US and Vietnamese societies; The governmental structure and US/GVN working relationships; The influence of geography and climate on the conduct of the war; The South Vietnamese economy and the impact of US aid and physical presence on that economy; The development and performance of the South Vietnamese armed forces and their leadership; The morale and will of the South Vietnamese people and the influence of the American presence; and The domestic and international constraints on GVN policy.

A Study of Strategic Lessons Learned in Vietnam. Volume III. US Foreign Policy and Vietnam 1945-1975 [340 Pages, 16mb] – The chapters of Volume III develop a number of key insights and lessons relating to the formulation of US policy toward Vietnam during the years 1945-1975. These insights underscore both the general context and the specific nature of US policy making–the global environment in which Vietnam policy was formulated, the historical precedents which influenced subsequent US foreign policy and particularly Southeast Asian policies, and the US policy-making process. The insights are specific, focusing on such issues as US perceptions of its global role, US perceptions of external powers, both friendly and unfriendly, consistencies and contradictions in US foreign policies, the influence of historical precedents on US policy makers, and the advantages and liabilities inherent in specific approaches to policy making. In contrast, the lessons derived in this volume are general, concentrating on the broader issues and themes discussed in the volume which are relevant to a discussion of US foreign policy during the 1945-1975 period and to present day policy considerations.

A Study of Strategic Lessons Learned in Vietnam. Volume IV. US Domestic Factors Influencing Vietnam War Policy Making [249 Pages, 20mb] – The Vietnam War demonstrated the important role played by domestic factors in foreign policy making. Social change, the US economy, the media, and the American political scene contributed to the shaping of US involvement in the war. Nevertheless, American domestic politics strongly influenced the course of US involvement in the war. While presidential politics determined the direction of US involvement through the 1960s, congressional reassertion of its constitutional function to advice and consent on foreign policy matters and more specifically on war-related issues characterized the 1970s. The following insights and lessons are derived from each of the five chapters of Volume IV.

A Study of Strategic Lessons Learned in Vietnam. Volume 5. Planning the War [426 Pages, 23mb] – The chapters of Volume V develop a number of key insights and lessons relating to the planning for the US involvement in the Vietnam conflict. In addition to identifying the roots and origins of US planning and policy initiatives for Vietnam, this volume describes and assesses the efficacy of US contingency planning; the US foreign policy objectives and strategies for Vietnam, national mobilization policy during this critical period, the planning and implementation of pacification and Vietnamization programs, the planning and implementation of US combat forces withdrawals, the objectives and strategies of US negotiations to end hostilities, and the impact of the US\’s follow-on efforts in support of South Vietnam. The insights are specific, focusing on such issues as the need for maintaining clarity and consistency in directives issued by the National Command Authority which state policy objectives and strategies, the need for a mechanism whereby US foreign policy can be thoroughly reassessed on a periodic basis, and need for US leaders and planners alike to be able to sample or test the national will to keep plans and policies in line with their desires and direction, all of which surfaced during the planning of the war. The lessons, on the other hand, are general in nature and concentrate on the broad issues and themes discussed in the volume.

A Study of Strategic Lessons Learned in Vietnam. Volume VI. Conduct of the War. Book I. Operational Analyses[651 Pages, 31.1mb] – This is Book 1, Operational Analyses, of Volume VI, Conduct of the War, of the Study of Strategic Lessons Learned in Vietnam. The course of the ground war is treated chronologically in the first five chapters, reflecting the following: (1) US Aid and Advice (1950-1960) – often based on faulty perceptions of threat and the natural tendency to create an ally in our own image; (2) the Counterinsurgency Era (1960-1964) which resulted from the failure of earlier advice and support and the endemic political instability in South Vietnam; (3) America Takes Charge (1965-1968) – when the US deployed the best combat forces it has ever put in the field at the outset of a war, and a period when the massive US presence stabilized the military situation in RVN but deprived both the RNVAF and the GVN from learning how to stand on their own; also US and international public support for the war declined steadily; (4) US Phases Out (1969-1972) – when public and congressional attitudes made it necessary for the US to turn the war over to the RVNAF, and a period during which serious morale and disciplinary problems wracked many US units; (5) RVNAF Stands and Falls – Alone (1973-1975) – when US presidential promises for aid and support failed to materialize and the RVNAF proved unable to stand against the combined arms onslaught of the expanded and modernized PAVN operating from a superior geostrategic position. Air, naval, and unconventional operations are analyzed in the closing three chapters, and in each case the data and analyses cover the entire span of the war.

A Study of Strategic Lessons Learned in Vietnam. Volume 6. Conduct of the War. Book 2. Functional Analyses[551 Pages, 32mb] – The purpose of this book is to provide separate analyses of several of the functional aspects related to conduct of the war in Vietnam. Land, air, sea and river, and clandestine operations are analyzed in Book 1. This book responds to the Request for Proposal (RFP) dealing with the following subtasks: Intelligence; Logistics; Command and Control; The Advisory Effort; Psychological Operations; Civil Affairs; Measures of Progress – Keeping Score; Technology; and Allies.

A Study of Strategic Lessons Learned in Vietnam. Volume 7. The Soldier [378 Pages, 28mb] – The chapters of Volume VII, the Soldier, develop a number of key insights and lessons concerning the US soldier during the years 1960-1973. These insights highlight a broad and diverse array of soldier-related problems and policies that developed in the years of the United States\’ combat role in Indochina. The insights are specific, focusing on the major themes discussed in the chapters of volume, including personnel policies and problems, racial discrimination, drug abuse, leadership quality, and careerism. The accompanying lessons, in contrast, while derived from the US soldier\’s experiences in Vietnam, are more general in tone, with wider application and greater interest to US military leaders and planners.

A Study of Strategic Lessons Learned in Vietnam. Volume 8. Results of the War [156 Pages, 7mb] – This volume describes and assesses the results and implications of the Vietnam War of the United States. Each of the five essays focuses on one particular area of concern: lessons of history and their use and importance for the making of future policy, the nation\’s foreign policy and role in the international order, the US domestic scene, the nation\’s defense establishment, and the region of Southeast Asia. All of the essays provide useful insights as to the results of Vietnam for these specific areas of interest.