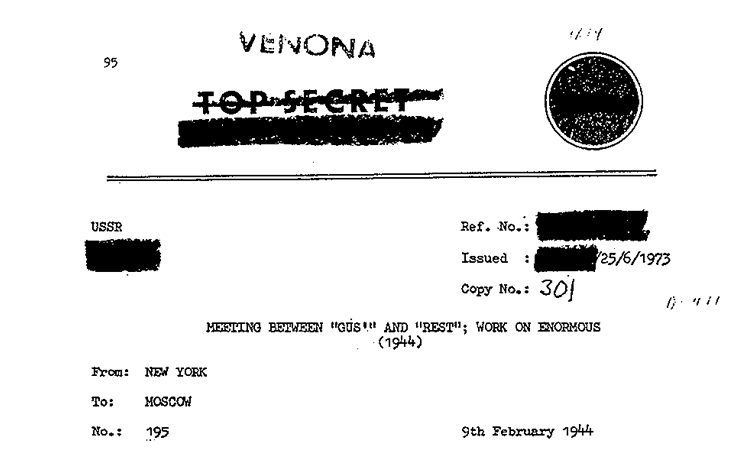 The Venona project was a long-running and highly secret collaboration between intelligence agencies of the United States and United Kingdom that involved the cryptanalysis of messages sent by several intelligence agencies of the Soviet Union, mostly during World War II. There were known to be at least 13 code words for this effort used by the U.S. and UK. “Venona” was the last one used. It has no known meaning. (In the decrypted documents issued from the National Security Agency, ‘VENONA’ is written in full capitals; authors writing on the subject generally capitalize only the first letter.)

Entire collection of Venona documents from the NSA

Please note: The above collection was copied from the official NSA index. It is currently under construction for a better index, and format, and will be converted soon.