USSR – UFO Sightings – Someone Must Have Made a Political Decision, 1975

The following document was just one of thousands of pages on UFOs released by the Central Intelligence Agency (CIA). In July of 2018, I requested a Mandatory Declassification Review (MDR) request on the record, since it had been many years since its last review, and it remained heavily redacted.

For reference, the CIA claims the material that remains redacted (which is pretty much everything) is due to Section 3.3(b)(1). This is defined in the executive order as:

(b) An agency head may exempt from automatic declassification under paragraph (a) of this section specific information, the release of which should clearly and demonstrably be expected to:

The following is a table/side-by-side comparison of the previous release vs. the newest release. Captions will outline which page comes from which release. 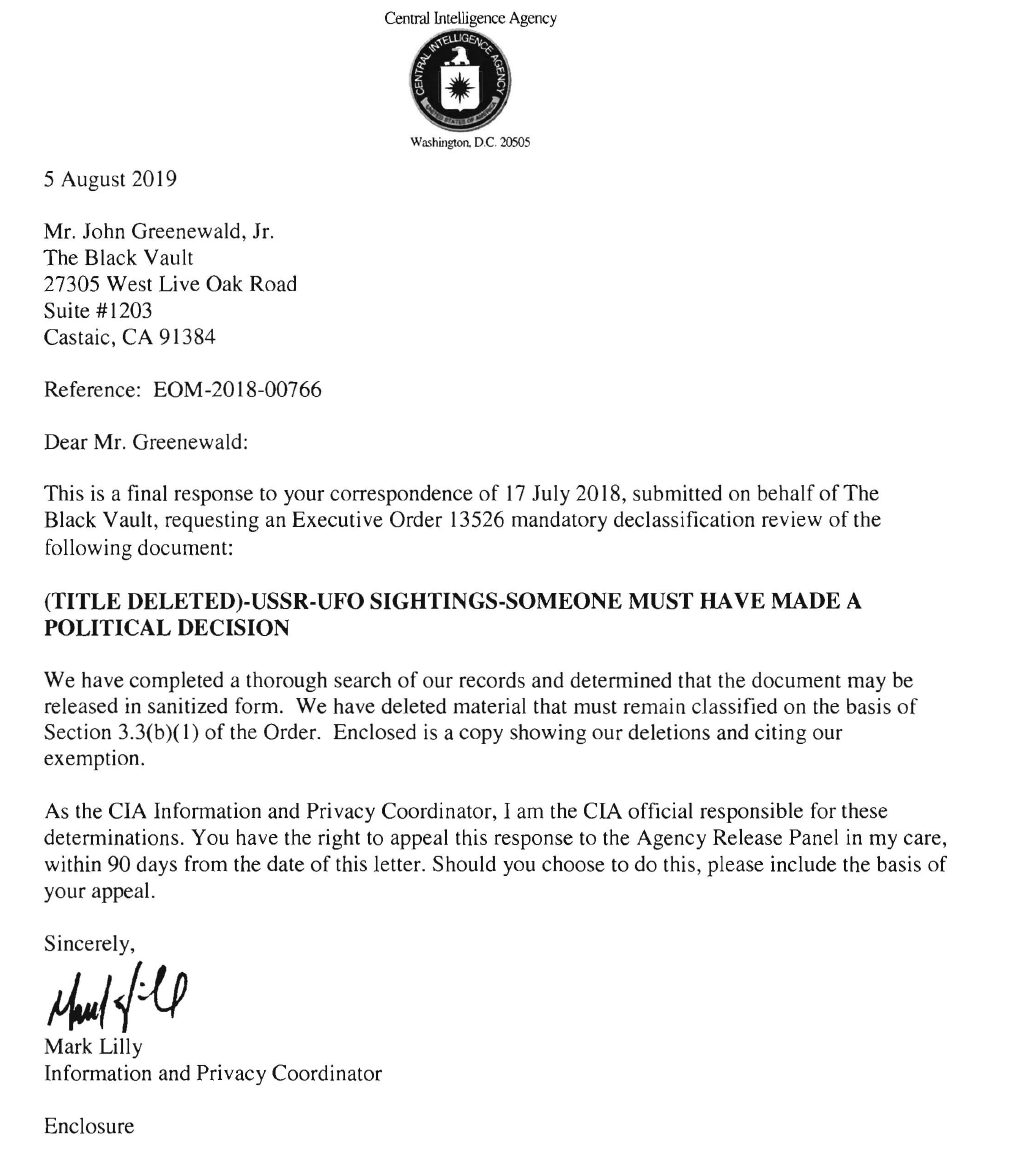 The following is the current information within the CIA’s CREST database on this document, as it stands on October 28, 2019 when the screen shot was taken. The information posted is likely not to change.