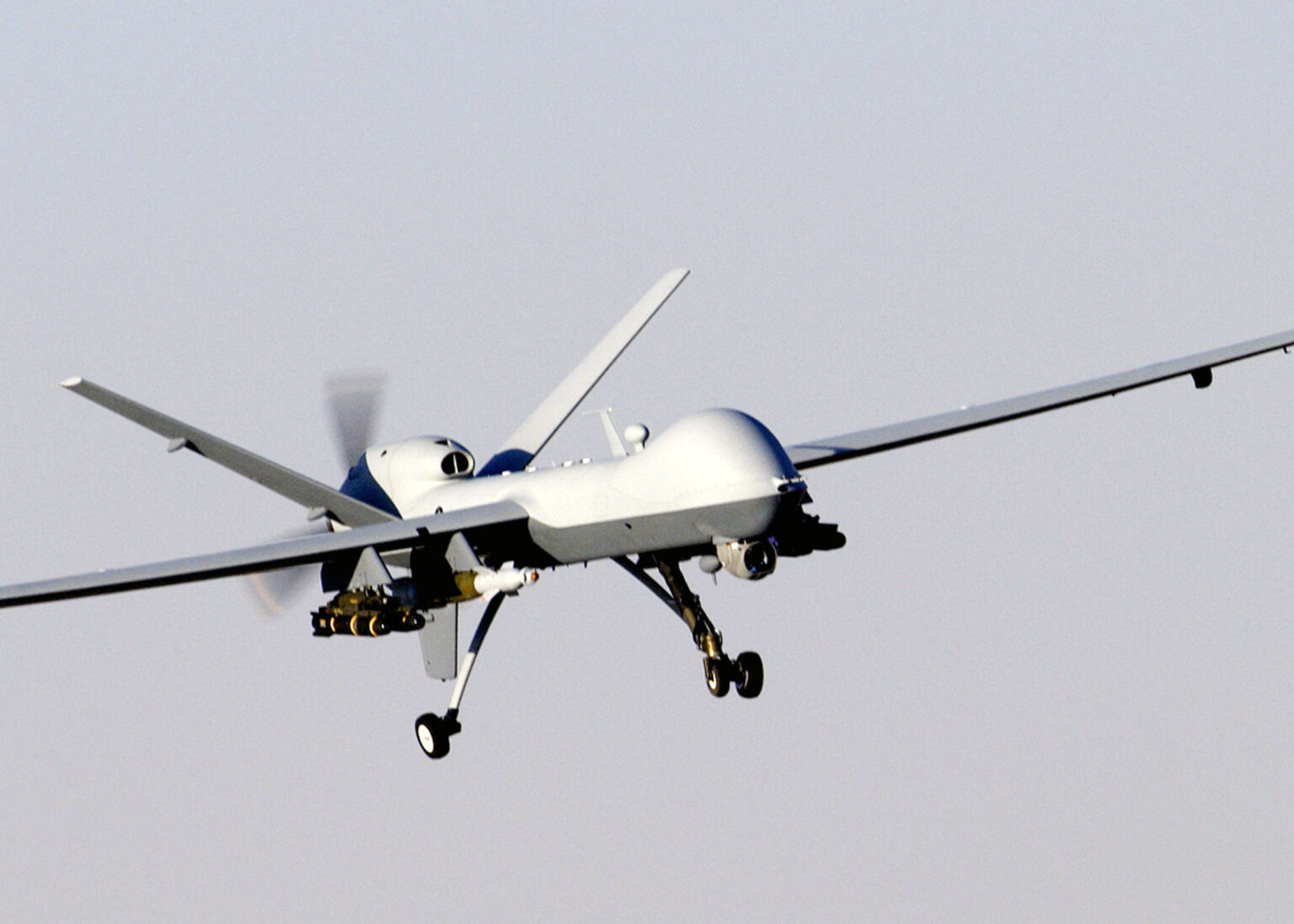 An unmanned aerial vehicle (UAV) is an unpiloted aircraft. UAVs come in two varieties: some are controlled from a remote location, and others fly autonomously based on pre-programmed flight plans using more complex dynamic automation systems.

Currently, UAVs perform reconnaissance as well as attack missions. They are also used in a small but growing number of civil applications, such as firefighting. UAVs are often preferred for missions that are too “dull, dirty, or dangerous” for manned aircraft.

Counter UAV Optical Detection, Location, and Negation Feasibility Study, 24 March 2004 [63 Pages, 7.5MB] – The BAE Systems approach identifies the key DARPA hard technology development required in order to realize the Counter UA V mission vision. This Concept Development study developed several CONOPS and engagement scenarios that serve to define the preliminary systems requirements analysis. From this analysis, we developed several simulations to help analyze system concept approaches and performance issues. We then performed technology trades to determine the applicability and maturity of current sensor technologies to the problem. A field test was performed where actual data was collected and analyzed. Finally, directed energy countermeasures were investigated as a means to defeat these threats at standoff ranges.

The Development of a Hands-On Unmanned Aerial Vehicle/Remotely Piloted Vehicle Flight Test and Evaluation, November 2004 [9 Pages, 0.8 MB] – The United States Air Force (USAF) Test Pilot School, the Engineering Directorate, and the 452nd Flight Test Squadron all within the 412th Test Wing of the Air Force Flight Test Center, Edwards Air Force Base, have teamed together to develop an Unmanned Aerial Vehicle (UAV) flight test training course. This paper briefly describes the development of the course and presents the major elements of the course.

Unmanned Aerial Vehicle End-to-End Support Considerations, 2005 [141 Pages, 1.01 MB] – Unmanned aerial vehicles (UAVs) have been used in combat operations since the mid-1900s (Office of the Secretary of Defense, 2002). More recently, both Operations Enduring Freedom and Iraqi Freedom have employed UAVs for intelligence, surveillance, and reconnaissance, as well as time-critical targeting. These successes have confirmed the military utility of UAVs and portend that a greater number of such vehicles may become part of the DoD’s future force posture. However, because of the acquisition strategy employed to field UAVs as quickly as possible, the implications for their long-term support needs are unclear.

Unmanned Aerial Vehicle Flight Test Approval Process and Its Implications: A Methodological Approach to Capture and Evaluate Hidden Costs and Value in the Overall Process, 22 Mar 2012 [115 Pages, 3.67 MB] – The advancement in small unmanned aerial vehicle (SUAV) technology has brought a new revolution in the military domain. Their uses have become more synonymous with intelligence, surveillance, and reconnaissance missions. Concerns over their flight test safety and accountability have been addressed in multiple policies to mitigate mishaps and increase proper accountability. However, current DoD and FAA mandated regulations and policies concerning UAV flight tests are sometimes considered slow and time-consuming, which may lead to delays in UAV research and development. This study explores the quantitative and qualitative measure of benefits associated with an abbreviated flight test process for SUAVs. Specifically, it examines the current agreement between two major USAF research centers regarding the SUAV flight test approval process. This research utilized high-level multidisciplinary approaches and techniques including qualitative costbenefit analysis, interviews, value stream mapping (VSM) analysis, and heuristic risk analysis to evaluate the current-state process. The findings conclude that there is a slight economic cost and schedule savings in an abbreviated process. Additionally, this research finds no correlation between SUAV flight mishaps and system maturity. This research proposes using a streamlined process for additional safety reviews to eliminate non-value added process steps considered unnecessary due to the nature of the SUAV complexity. Furthermore, this study recommends using a decision rule matrix based on the total cost of the SUAV and its weight and energy at impact for choosing an abbreviated flight test safety review process.

U.S. Unmanned Aerial Vehicles in Combat, 1991-2003, 09 Jun 2003 [19 Pages, 150 kb] – Between 1991 and 2003, the United States used a variety of unmanned aerial vehicles (UAVs) in combat operations. These included the Pioneer, the Pointer, the Hunter, the Predator, the Global Hawk, the Dragon Eye, the Desert Hawk, and the Shadow. During those 13 years the role of UAVs expanded from mere reconnaissance to target designation and attack. Advantages of UAVs over manned aircraft systems include eliminating pilot risk, saving money, providing long-term real-time video reconnaissance, and reducing the time between target identification and destruction. UAVs are especially useful for extremely long reconnaissance missions and for missions in areas of extreme danger. The percentage of unmanned aircraft sorties should continue to grow as UAV capabilities increase. This paper elaborates on the lessons the military has learned about UAVs over the last 13 years, the advantages of UAVs, and their vulnerabilities. The lessons learned are as follows: (1) UAV flights should be carefully synchronized with each other and with the flights of other systems; (2) UAVs should be improved to reduce their vulnerability to weather, enemy air defenses, and mechanical and communication failures; (3) UAVs should be specialized and used for a greater variety of missions; and (4) the Air Force should develop countermeasures to enemy UAVs.