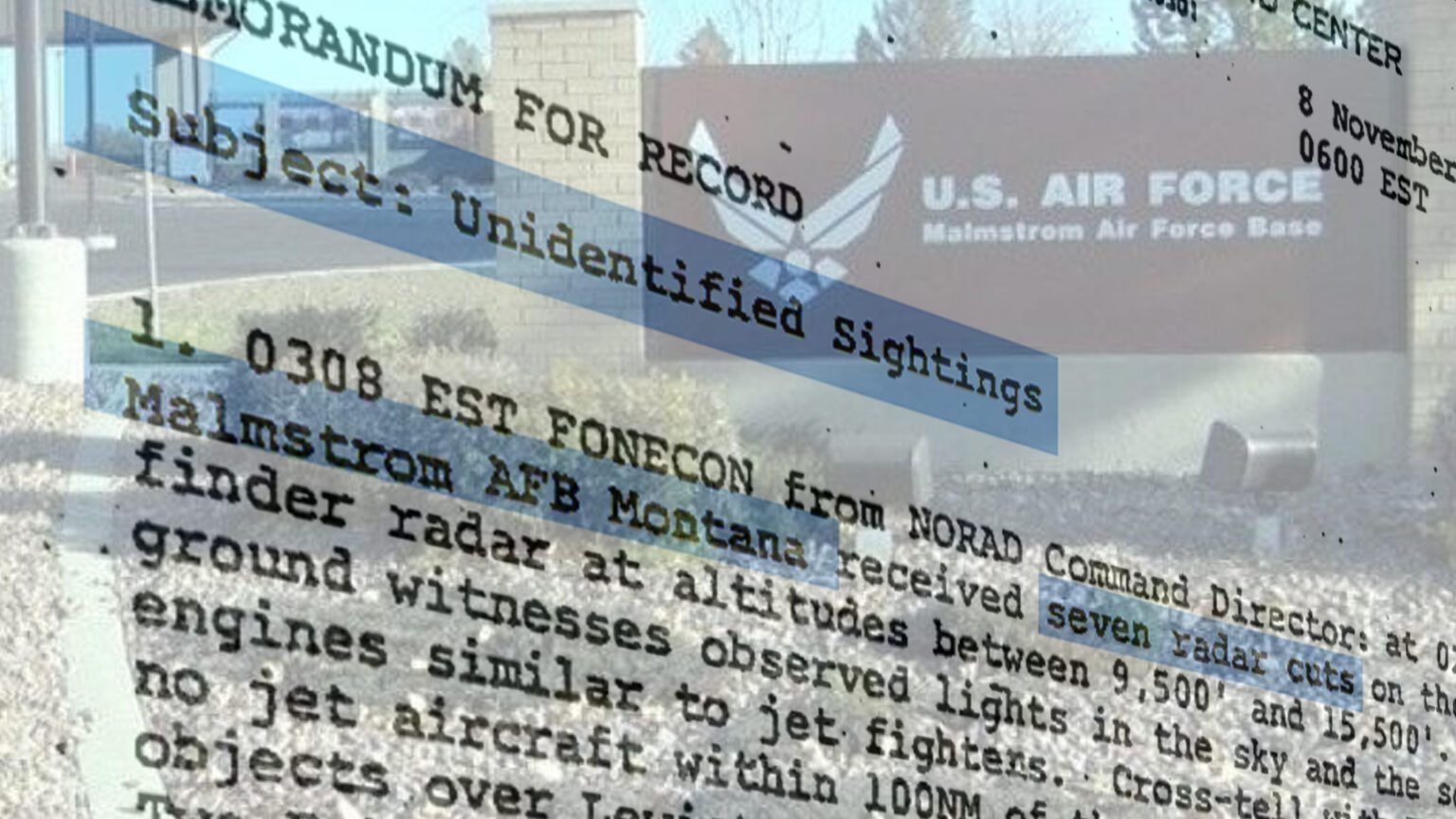 The following were documents obtained from the Office of the Assistant Secretary of Defense, Freedom of Information and Security Review Office. It was released to The Black Vault in September of 1997, through FOIA Case 97-F-1677.

It describes numerous craft over Malmstrom AFB, Montana, in November of 1975. This was six years after the closure of Project Blue Book, which after 12,000+ sightings, the U.S. Air Force said UFOs were not of interest anymore, and did not pose a threat to national security.

Here are the records showing that the UFOs, flying over sensitive installations, could not be intercepted by multiple F-106 fighters. 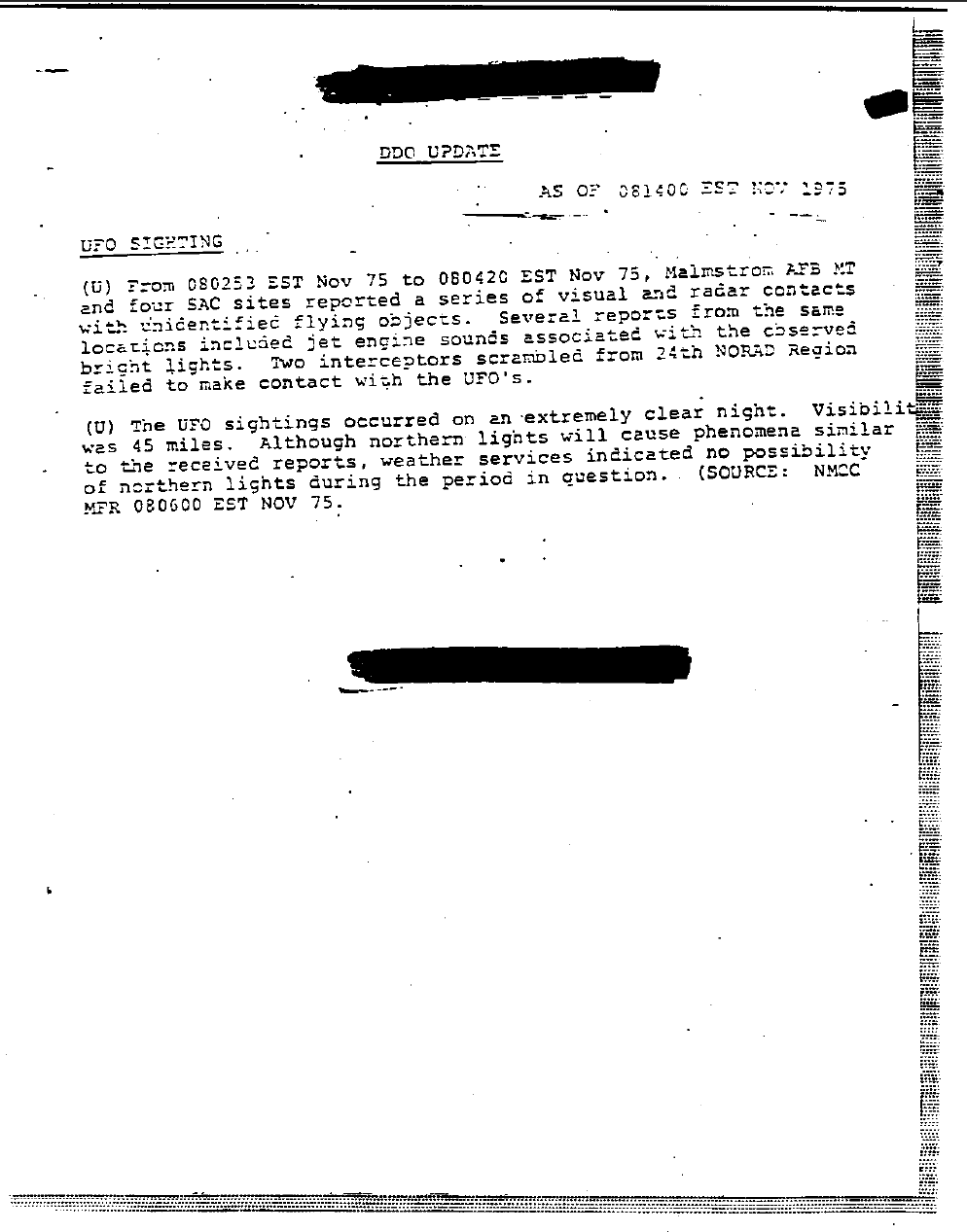