In a new Freedom of Information Act (FOIA) response letter, obtained exclusively by The Black Vault, the 2015 original “UFO” reporting guidelines issued by the U.S. Navy, then re-issued in early 2019, are to remain entirely classified and exempt from release.  Both the U.S. Navy’s Public Affairs Office, and now the FOIA office, both deny the public access to these records.

The FOIA request was filed based off information published in an April 23, 2019, Politico news story authored by Bryan Bender.  The Black Vault attempted to get a copy of the guidelines referred to in the article, along with what is called the “message to the fleet” from the U.S. Navy’s public affairs office directly, but they declined to provide a copy.  In a statement to The Black Vault given on April 26th, the U.S. Navy stated, “We are unable to share the message with you. Due to the operational and aircraft specific nature of these guidelines, security considerations preclude their disclosure.”

Although the original headline at Politico insinuated that the UFO guidelines were “new,” subsequent statements released later in May by U.S. Navy Public Affairs Officer (PAO) Joseph Gradisher to the NY Times said they were not. Mr. Gradisher explained that the guidelines were an update to an older 2015 directive in response to multiple UFO encounters around the USS Theodore Roosevelt in 2014 and 2015.  He told the NY Times that although some of the objects could have been commercial drones, Mr. Gradisher also added, “…we don’t know who’s doing this, we don’t have enough data to track this. So the intent of the message to the fleet is to provide updated guidance on reporting procedures for suspected intrusions into our airspace.”

Considering this additional information given by the U.S. Navy, a new FOIA request by The Black Vault was filed on May 30th seeking the 2015 instructions specifically. This, too, was denied on July 8th, however the FOIA response letter offered more information on why the guidelines remain classified:

“OPNAV N2/N6 has identified 1 classified record that is responsive to your request. Upon review of the responsive document, they have determined that all portions are exempt from release under FOIA 5 U.S.C. § 552 (b) (1), in accordance Executive Order 13526, Section 1.4 parts (c) Intelligence Activities (including special activities), Intelligence Sources or Methods, or Cryptology; and e) Scientific Technological, or Economic Matters Relating to the National Security.”

In a follow up by The Black Vault to the U.S. Navy, an attempt was made to get the classification level of the responsive document, whether “Top Secret,” “Secret” etc., however, the U.S. Navy declined to answer, and only stated the information in their FOIA response letter could be given.  An appeal has been filed to gain access to this document, but will likely take months to get a final response.  Other pending FOIA letters that may shed some light on the above have also long been filed; though many are awaiting final determinations. 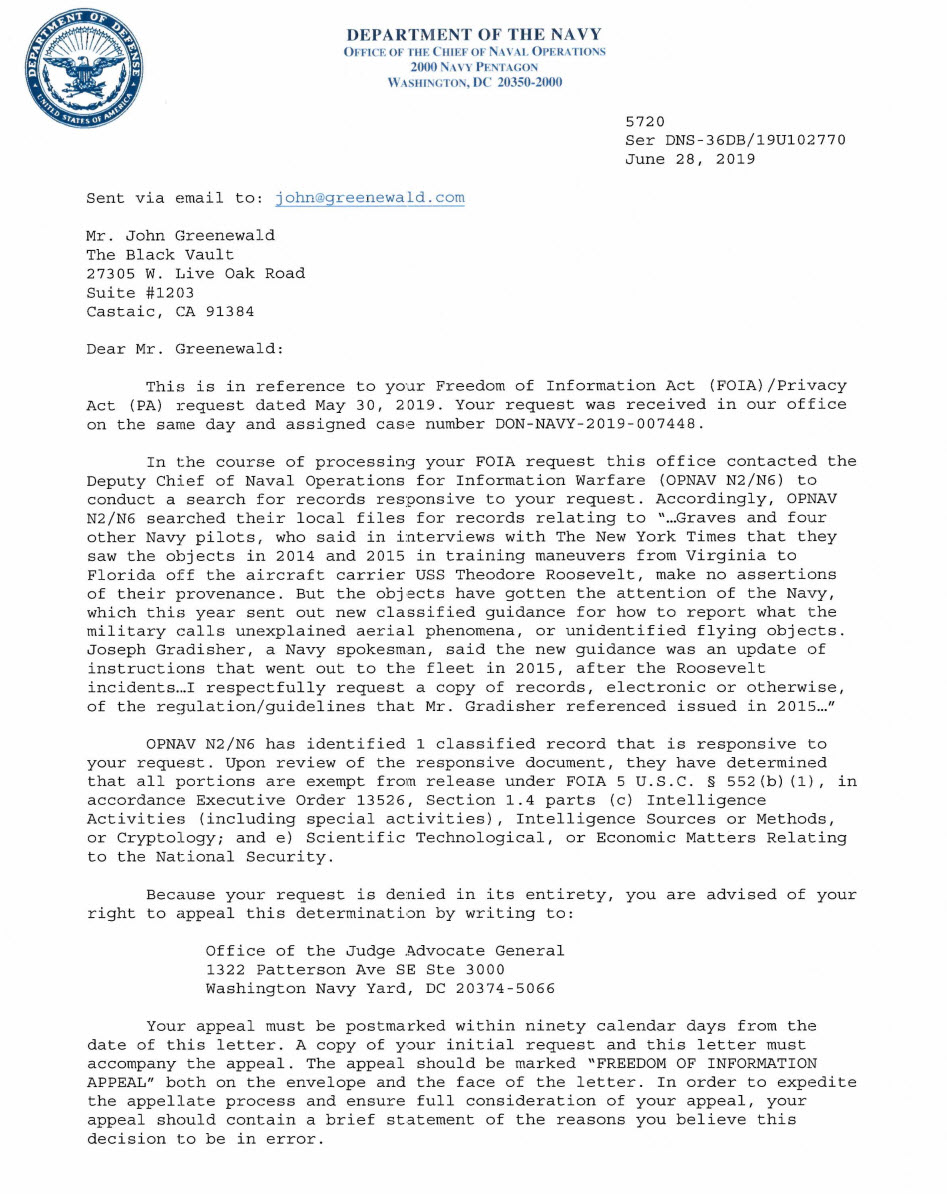 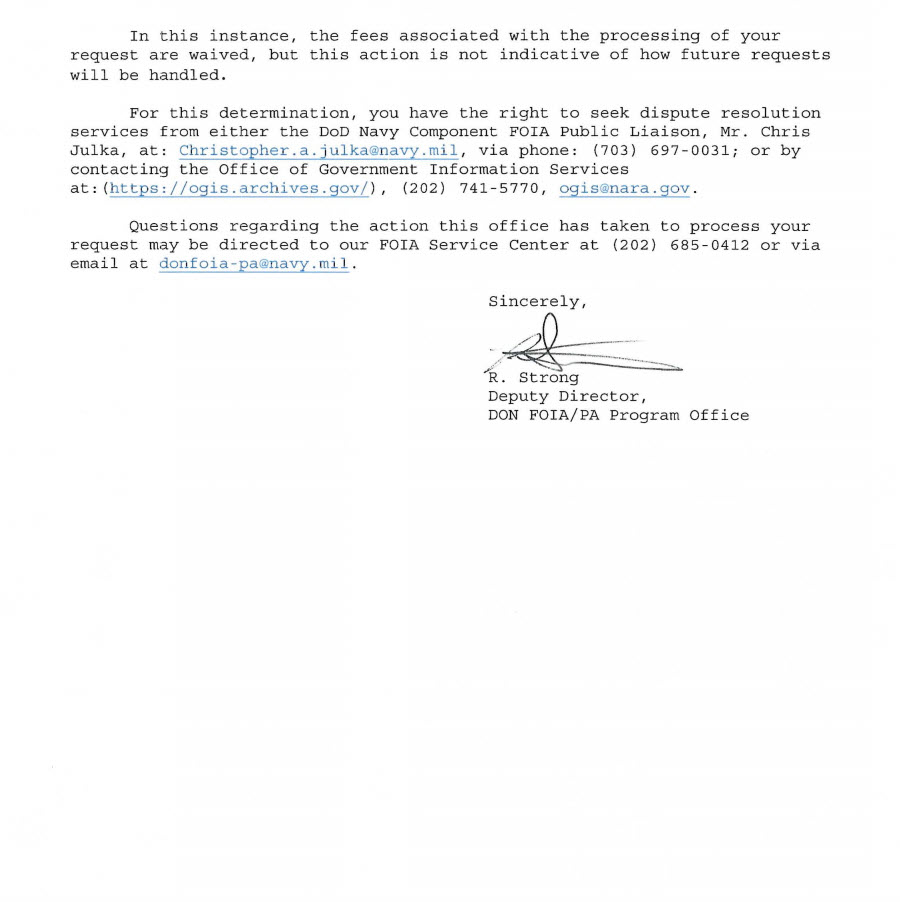