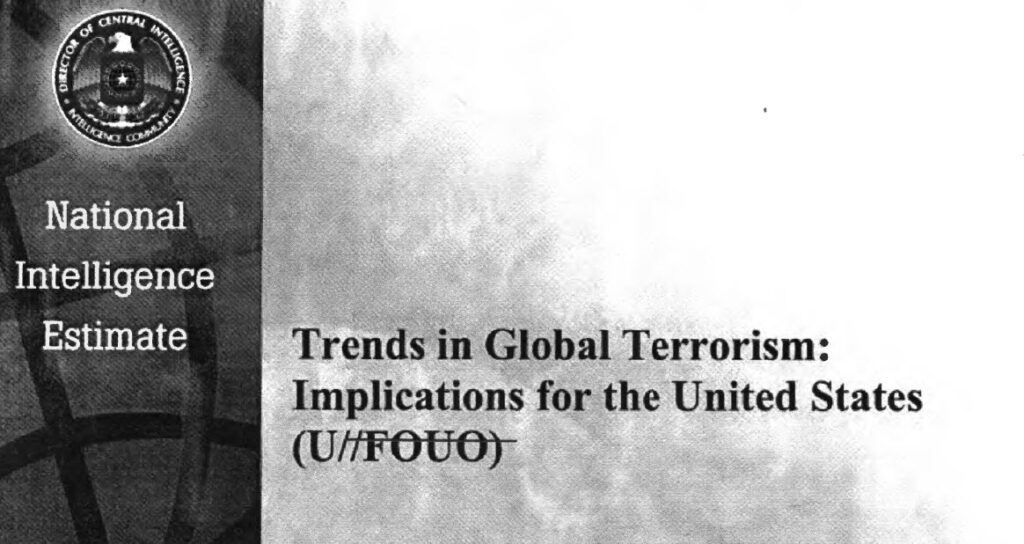 Trends in Global Terrorism: Implications for the United States, April 2006

This National Intelligence Estimate (NIE) analyzes the nature of the threat that terrorist groups across the world willpose to US lives or property worldwide (herein referred to as US interests), including in the Homeland, during the next five years. This Estimate does not analyze the many ways in which
terrorist groups might directly or indirectly affect broader US interests, including regional stability, access to energy resources, or the longevity of friendly regimes.

Based upon all-source reporting over the last several years, it provides a broad, strategic framework for understanding the trends that will define the primary international terrorist threats to the United States.

A separate National Intelligence Estimate is under development that will assess more specifically the terrorist threat to the US Homeland over the next three years. The information cut-off date for this NIE is 28 February 2006.

This was requested back in 2013, and I also filed a Mandatory Declassification Review (MDR) which was grouped together with another requester(s).  The file was finally further un-redacted (as it was previously released heavily blacked out in 2011) and sent to The Black Vault in October 2016.