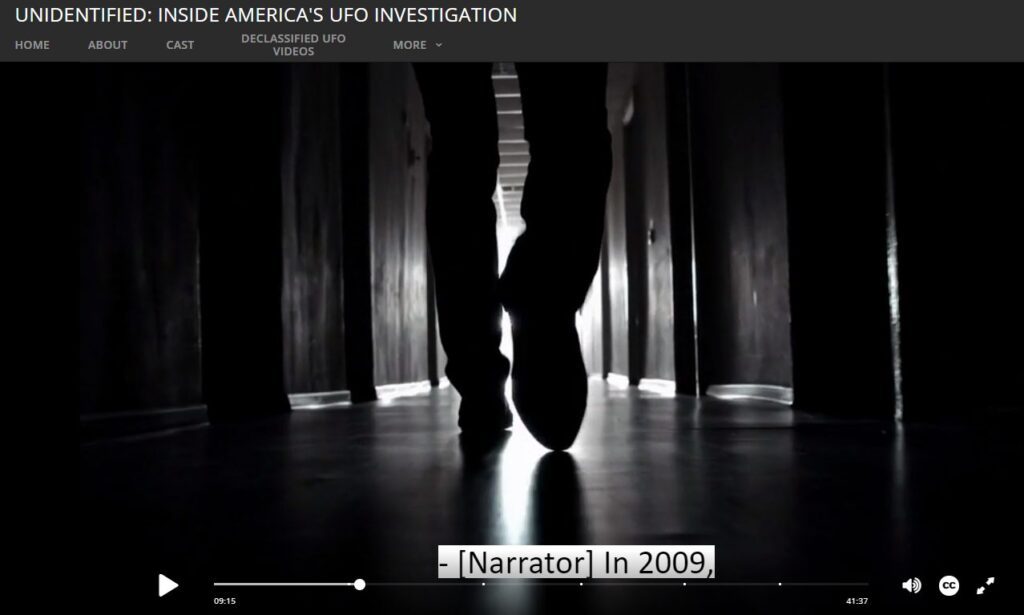 Aired on May 31, 2019, Season 1 of Episode 1 of Unidentified on History Channel broadcast that Mr. Luis Elizondo took over AATIP in 2009. This television series was Executive Produced by Tom DeLonge, and the show had interviews with Luis Elizondo, Tom DeLonge and others.