On January 9, 2018, the Defense Intelligence Agency (DIA) sent Senator John McCain a list of all products created under what they called the “Advanced Aerospace Threat and Identification Program (AATIP)”. This is believed to be written as the nickname for AAWSAP, and not necessarily its own program.

This was done so after a request from one of Senator McCain’s staff. Here is more research on that, along with the 38 DIRD reports. 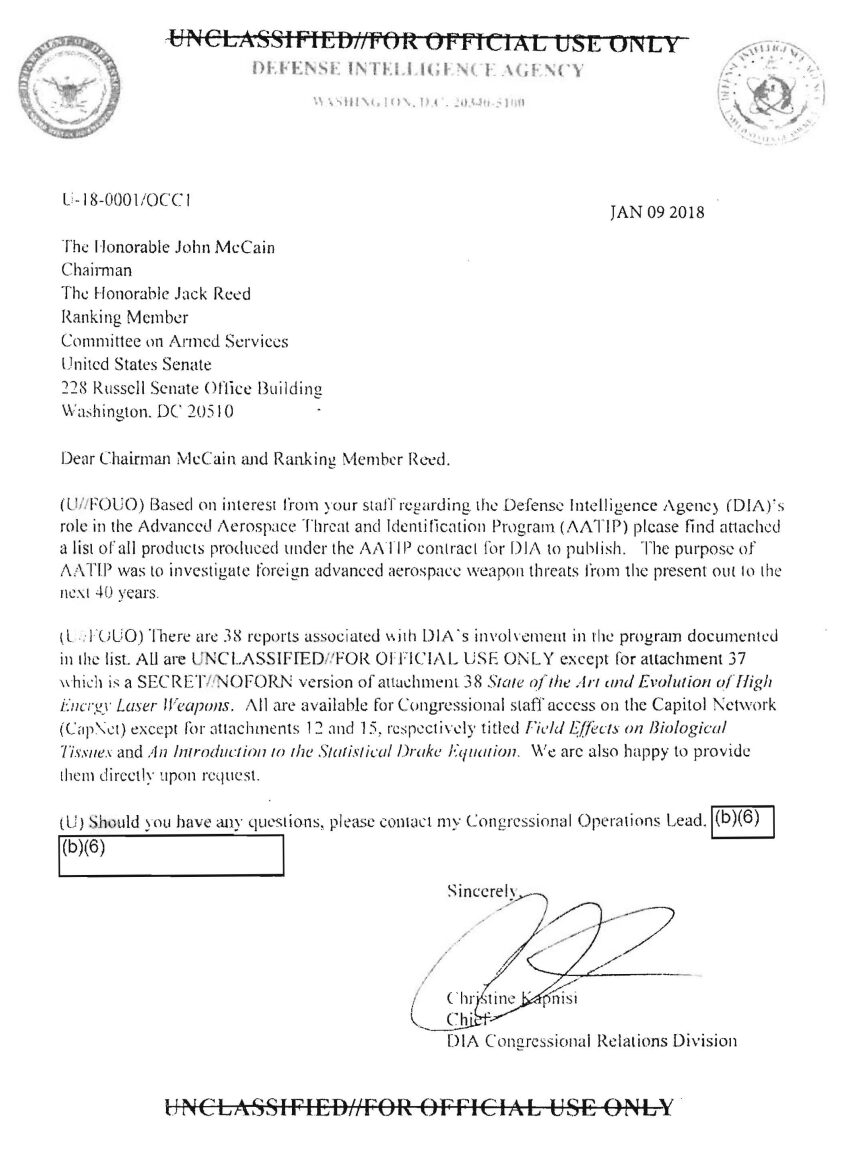