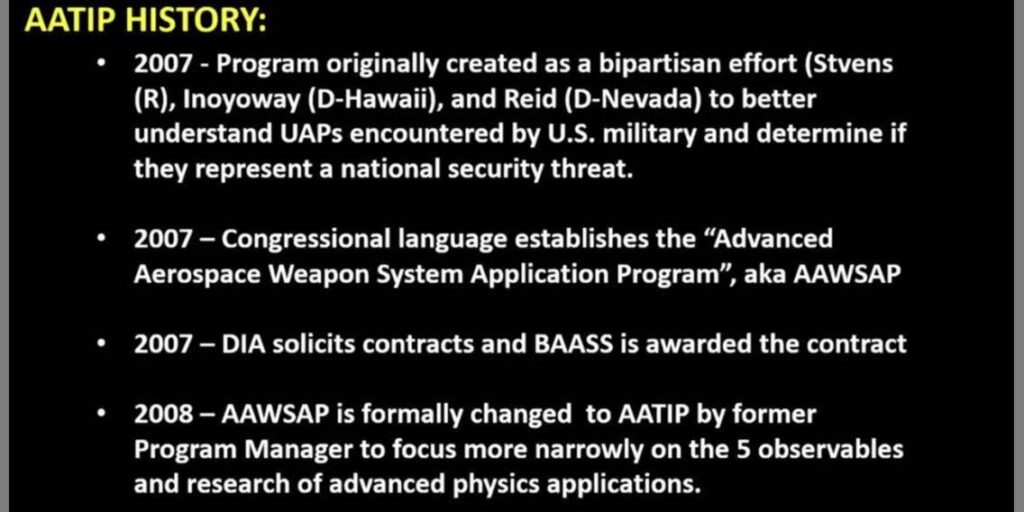 EXACT Date claimed in 2007 Unknown – though it is likely inaccurate

Note: This contradicts the now established start date of AAWSAP which was later in 2008, not 2007.  The bid solicitation was not published until August of 2008 and not awarded to anyone until September of 2008. To date, there is not a single document that shows anything happened with AAWSAP in 2007.